You are here: Home / Books / A Dash of Death (A Cocktails and Catering Mystery) by Michelle Hillen Klump | Guest Post
Thanks for sharing!

Welcome to my stop on the Great Escapes Virtual Book Tour for A Dash of Death (A Cocktails and Catering Mystery). Stop by each blog on the tour for interviews, guest posts, spotlights, reviews and more!

A Houston reporter-turned-mixologist mixes it up with murder in this series debut from Michelle Hillen Klump, superbly catering to fans of Diane Mott Davidson and Lee Hollis.

A Dash of Death (A Cocktails and Catering Mystery) 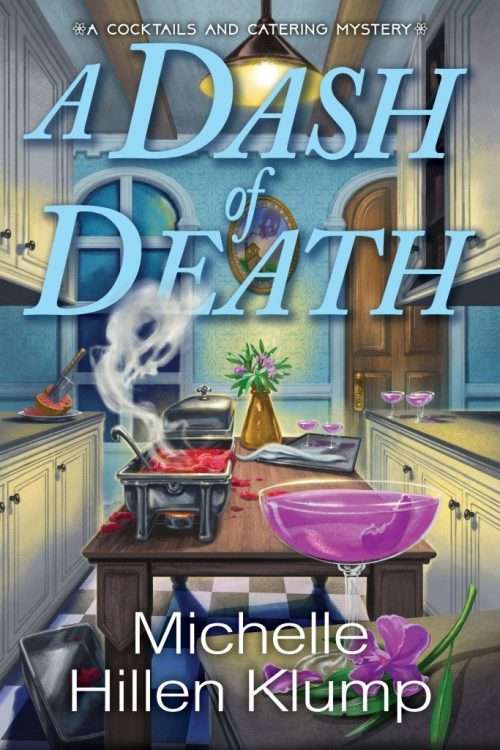 Bad news for Samantha Warren: The plucky Houston, Texas, reporter lost her job and her fiancé in rapid succession. But Sam has a way of making lemonade out of the bitterest of lemons. At a meeting of the local historical-homes council, she serves up the homemade bitters that she made as gifts for her wedding party. She intends to use that as her “in” to become an in-demand party mixologist. But the party’s over for one of the council members, who keels over dead soon after he sips the bereft bride’s bitter brew.

It turns out that the victim, Mark, was poisoned—his drink spiked with oleander. Since Sam mixed the drink that Mark imbibed right before his demise, she finds herself at the front of the suspect line. Now, she’ll have to use all of her reporter’s wisdom and wiles to clear her name.

Who could have wanted Mark dead? His wife, Gabby? His girlfriend, Darcy? Someone who wanted his seat on the council? Or another citizen of this sweet Texas town that holds some seedy secrets?

Job hunting, building her mixology business, and fending off late-night phone calls from her nearly betrothed don’t leave much time for sleuthing. But if Sam can’t “pour” over the clues to find the killer, it may soon be last call for her.

Inspired By A City: A Dash of Death Guest Post by Michelle Hillen Klump

Over the course of its 185 years, the city of Houston has been described in such glowing terms as “a wretched mudhole,” “the most miserable place in the world,” and, “a moral desert, a hell on earth.” So, of course, when I sat down to write my first cozy mystery, I knew I wanted to set it in my adopted hometown!

I admit, Houston is not the most obvious choice. Typically, cozies are set in quaint, charming villages or small towns where everyone knows everyone else’s name and what they had for breakfast on a given morning. As the fourth largest city in the US, with more than 2.3 million people, that certainly doesn’t describe Houston.

That said, there is plenty to inspire a budding cozy mystery writer. Houston is one of the most diverse cities in the country, it has a thriving arts scene, amazing food from every region of the globe, and most importantly, for any fiction author—there’s plenty of conflict.

My novel, A DASH OF DEATH, was partially inspired by a very common Houston conflict of history versus progress. Houston likes to think of itself as a city that is always moving forward and never looking back. That’s a great thing in many respects. After all, it’s home to NASA’s Johnson Space Center and one of the finest medical centers in the country. But, sometimes in Houston, progress barrels through interesting, unique or important history, without much thought as to what is being lost.

Houston has torn down so many beautiful or historic buildings in the name of progress. The list is long and depressing, from the old Sam Houston Coliseum, where John F. Kennedy gave a speech on the last night of his life, to the Shamrock Hotel, built in the 1940s by famous wildcatter Glenn McCarthy, the inspiration for Edna Ferber’s Giant, and the playground of Houston’s high society set in the 1950s. Even the Astrodome, once considered the pinnacle of progress and dubbed the Eighth Wonder of the World, is facing an uncertain future after being allowed to fall into disrepair. And the destruction is not limited to civic buildings, with wide swaths of historic homes lost to the wrecking ball over the years.

The push-pull between history and progress is an interesting dynamic, and the choices are not always easy. But the feeling that Houston should do more to preserve its history and architecture is one shared by several characters in A DASH OF DEATH. The story revolves around a murder that occurs at a historic association home tour. The location is modeled after an existing Victorian home in Houston’s historic Heights neighborhood. That home, built in 1892 and one of the last remaining homes built by the original developers of the Heights, has fortunately been purchased by a family that is committed to restoring and preserving it.

I can only hope for more examples of such preservation, so Houston can be known as a city where progress and history are not always at odds. In the meantime, I will continue to draw inspiration from all corners of my city. 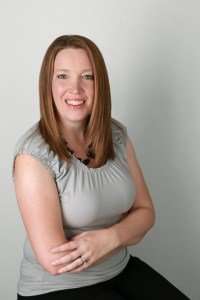 Michelle Hillen Klump is a former newspaper reporter who covered government, courts and crime throughout Arkansas and Central Texas. Still a working journalist, she is also a member of Sisters in Crime. Her short fiction has appeared in Crimson Streets and Tales of Texas, volume 2, a Houston short story anthology.

A Dash of Death TOUR PARTICIPANTS

Cinnamon, Sugar, and a Little Bit of Murder – REVIEW, RECIPE

Thanks for sharing!
« Scones and Scofflaws: Cape May Cozy Mysteries with a Twist by Jane Gorman | Character Guest Post
Huh? Why? and Punch: A Silicon Valley Mystery by Marc Jedel | Book Review and Guest Post »