You are here: Home / Books / The Secret in the Wall: A Novel (Silver Rush Mysteries) by Ann Parker | Character Guest Post
Thanks for sharing!

Welcome to my stop on the Great Escapes Virtual Book Tour for The Secret in the Wall: A Novel (Silver Rush Mysteries) by Ann Parker. Stop by each blog on the tour for interviews, guest posts, spotlights, reviews and more!

The Secret in the Wall: A Novel (Silver Rush Mysteries) 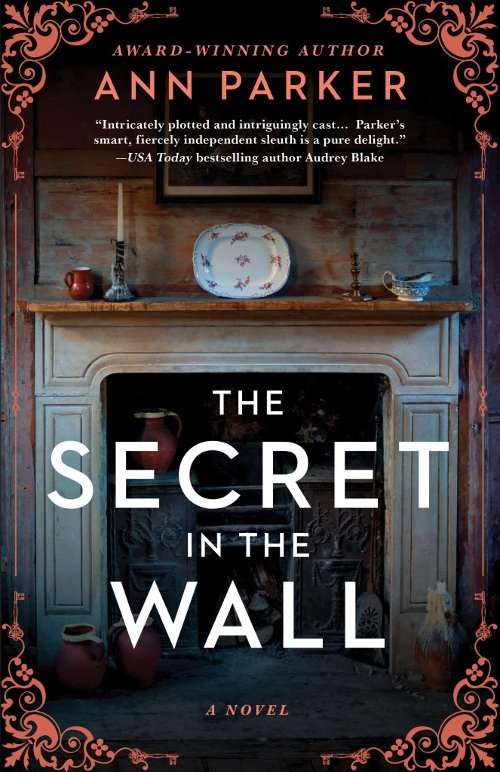 Sometimes you can’t keep your gown out of the gutter…

Inez Stannert has reinvented herself—again. Fleeing the comfort and wealth of her East Coast upbringing, she became a saloon owner and card sharp in the rough silver boomtown of Leadville, Colorado, always favoring the unconventional path—a difficult road for a woman in the late 1800s.

Then the teenaged daughter of a local prostitute is orphaned by her mother’s murder, and Inez steps up to raise the troubled girl as her own. Inez works hard to keep a respectable, loving home for Antonia, carefully crafting their new life in San Francisco. But risk is a seductive friend, difficult to resist. When a skeleton tumbles from the wall of her latest business investment, the police only seem interested in the bag of Civil War-era gold coins that fell out with it. With her trusty derringer tucked in the folds of her gown, Inez uses her street smarts and sheer will to unearth a secret that someone has already killed to keep buried. The more she digs, the muddier and more dangerous things become.

She enlists the help of Walter de Brujin, a local private investigator with whom she shares some history. Though she wants to trust him, she fears that his knowledge of her past, along with her growing attraction to him, may well blow her veneer of respectability to bits—that is, if her dogged pursuit of the truth doesn’t kill her first . . .

How do you do. I’m Antonia Gizzi. My guardian, Mrs. Stannert, made me put on my Sunday best, even though we hardly ever go to church, scrubbed my face and ears, and warned me not to do any cussing when I talk with you. When she said that, I thought, huh, because she cusses all the time when she thinks no one hears her.

Anyhow, it’s just you and me now, so I’m gonna tell you straight about my life. And don’t blame me if I’m not all prissy-proper about it.

Some mornings, I wake up with the sound of church bells ringing in my ears and wonder where the heck I am. This sure isn’t Leadville, Colorado, where I’d’ve been waking up to the sound of ore carts rattling down from the silver mines and with the stink of the back alleys of State Street in my nose.

This is San Francisco, and it’s now March 1882. Which means that I am thirteen years old. Maybe. Actually, I don’t know how old I am. No one does. When my maman was alive, she’d change my age all the time. One day she’d tell someone I was ten, and a few days later she’d tell someone else I was eight, kinda like that. Mrs. Stannert, or Mrs. S, as I call her, says that since I am now with her and we are living in San Francisco, I need a “proper” birth date that stays the same. So, she gave me one—February 14. When I asked why, she said it’d be easy to remember, since it’s Valentine’s Day. At first, I thought yuck, but Mrs. S is the one person in all the world I trust, so I decided it was okay. After all, in Leadville, after my maman died, Mrs. S helped me out of a tight spot and took me “under her wing,” as she likes to say (WHAT GOLD BUYS https://annparker.net/books/ is all about that).

Anyhow, after leaving Leadville, we came to San Francisco. Our lives are sure different from when Mrs. S was running Leadville’s Silver Queen Saloon and played high-stakes poker with all the silver barons and high muck-a-mucks. Here, we live above the D & S House of Music and Curiosities, which is plum surrounded by churches that have bells going day and night. Mrs. S owns the store and has gone all out on manners now. She keeps telling me I need to mind my Ps and Qs too, especially around the customers and at school.

I liked school when my maman and me lived in Denver, back before we went to Leadville. But it’s different here in San Francisco. The school said my penmanship was “atrocious” and put me in a class with the younger kids. I’m good with numbers and math, but my teacher says my memorization is “below par.” That’s only because Swinton’s Reader is so boring. I wish we could read the penny weekly Young Folks instead. Every issue has a new chapter of Treasure Island. That’s a real fine story all about buried treasure, pirates, seafaring, and the characters are all yo-ho-ho and a bottle of rum, and fifteen men on a dead man’s chest. I wish I could have an adventure like Jim Hawkins, the kid in the story. But girls don’t get to have fun like that. Although, maybe if I dressed as a boy, like I did in Leadville when I was a newsie selling newspapers, I could steal away on a ship…

Sometimes, on my way home from school, I go down to the waterfront and keep an eye out for recent arrivals. Just the other day, I saw the Oceanic Steamship Company’s SS Australia come in. I’ll bet it was picking up mail for Honolulu. Sometimes, I sneak down to the part of the city called the Barbary Coast. It kind of reminds me of Leadville’s State Street with all the saloons, theaters, dancehalls, and whorehouses—’Scuse me, Mrs. S says I shouldn’t use such language now that we live here in San Francisco. She says that we need to make a good impression, always, if we are going to make a new life here.

But things keep happening that upset Mrs. S and don’t exactly fit into the respectable life she’s mapped out for us. Why, just last year, one of the musicians who used to hang around the store was murdered, and Mrs. S had to figure out who killed him and why (which she did, in A DYING NOTE https://annparker.net/books/ ). And then, last Christmas, Mrs. S was playing piano for a hoity-toity opera singer who was visiting town, and, whoa, things sure went t’ heck in a handbasket there (in MORTAL MUSIC https://annparker.net/books/#7)! Only, I wasn’t around to see all the excitement for that, because Mrs. S shipped me off to Southern California over the holiday. But I showed her, because I came home after the new year with a kitten!

And now, I’ve made friends with Charlotte Krause, who has TWO kittens! Even better than that, Mrs. S and Charlotte’s ma, Mrs. Krause, are business partners, and when the wall of a building they’d bought was knocked down, guess what?? A skeleton with a glass eye and a bag of gold fell out! You know what that means? Pirates! Mrs. S and Mrs. Krause are trying to figure out who gets to keep the gold and who’s got the key to the house, because now it’s all locked up good and tight. Meanwhile, Charlotte and me made a pact, and we’re plotting an expedition into the house, ’cause we’re bettin’ that pirate treasure isn’t the only SECRET IN THE WALL https://annparker.net/books/ . 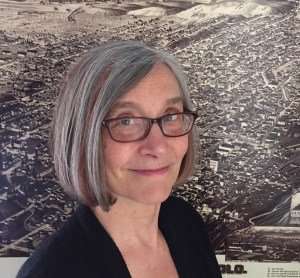 Ann Parker is a science writer by day and fiction writer by night. Her award-winning Silver Rush Mysteries series, published by Poisoned Pen Press, a Sourcebooks imprint, is set primarily in 1880s Leadville, Colorado, and more recently in San Francisco, California, the “Paris of the West.” The series was named a Booksellers Favorite by the Mountains and Plains Independent Booksellers Association, and Ann is listed in the Colorado Authors’ Hall of Fame. The Secret in the Wall is the eighth and newest entry in the series.

The Secret in the Wall TOUR PARTICIPANTS

Books to the Ceiling – AUTHOR INTERVIEW

Because I said so — and other adventures in Parenting – REVIEW