You are here: Home / Books / Death on the Set (A Brenna Flynn Mystery) by Rose Kerr | Character Guest Post
Thanks for sharing!

Welcome to my stop on the Great Escapes Virtual Book Tour for Death on the Set (A Brenna Flynn Mystery) by Rose Kerr. Stop by each blog on the tour for interviews, guest posts, spotlights, reviews and more!

Death on the Set (A Brenna Flynn Mystery) 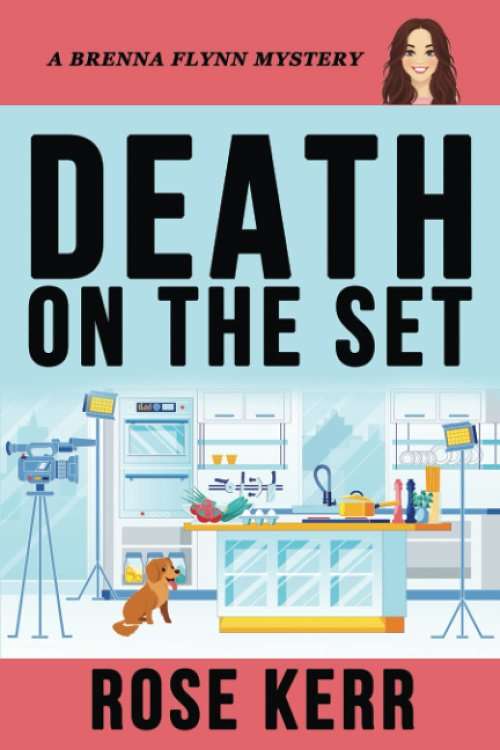 This post contains affiliate links. If you make a purchase, I may receive compensation at no cost to you

Brenna Flynn, returns home to Bayview City after the sudden death of her husband. Unable to find work in her field, she signs up with a temp agency to find employment. Sent on an interview for a cooking reality show, she aces it and gets the job of a production assistant.

On her second day at work, Brenna discovers a body in the studio. She soon learns she’s the police’s primary suspect. Determined to clear her name, she uses some skills she’s honed as a guidance counselor to learn more about the victim. Drawing people out comes naturally to Brenna, and she becomes a confidante to cast and crew on the show.

The stakes are raised with threatening notes, poisonings, and blackmail. Can Brenna uncover who the killer is before someone else dies?

Hi there, I’m Brenna Flynn and I’m here to tell you a little about myself.
I’m thirty-two years old, and I just moved back home to Bayview City. Bayview City was established along the shores of Lake Superior in the Upper Peninsula of Michigan.

My family has lived here for three generations. My great grandfather started a construction company and now my father and my uncle run it.

I’m a high school guidance counselor, but I was downsized because of budget cuts. I’m looking for work, but nothing has turned up in education. It appears the school boards here have been affected by cuts too. Dad has told me I can work for the business, but I don’t want him to find me projects. I know he’d have me do some social media work for the company, and I can do that, but I’d rather work somewhere else. He understands and is okay with that.

I also came home because my husband was killed in a car accident. There were just too many memories in our home of Wayhaven. My parents are happy I’m back. I’m still figuring things out, but

I’ve started working with Jackie Randall.  She’s a family friend and owns Randall Temp Agency. This morning, she sent me out for an interview as a production assistant on a cooking reality show. I got there, and they were having trouble with one of the trades they were using. I connected with dad’s construction business and someone will come out to fix the problem. I impressed the executive producer and producer with my problem-solving skills and got the job!

I’ve met most of the cast and crew and it looks like it will be a lot of fun. Long
hours because I have to be at the set by six-thirty every morning. Ugh. Hopefully, I don’t have to make conversation with people. I need at least two enormous cups of coffee in the morning to make sense.

I’m involved with almost every aspect of the production, I’m looking forward to the challenge. I’ve never done anything like this before.

Now to dish on the cast… there are three chefs. Two of them, Chef Rosa and Chef Mike, grew up in Bayview City. They studied at the culinary school through Bayview College. Chef Aaron studied here too, but he’s not from the Upper Peninsula. He’s from back east.

Chef Mike played football with my two older brothers in high school. He’s got a great sense of humor and he likes food.

Chef Rosa grew up in a large Italian family. Her Nonna taught her how to cook. I’ve gone to her restaurant a lot when I was growing up for family meals.

Chef Aaron isn’t as gregarious as Chef Mike or Chef Rosa. But he speaks up when he doesn’t agree with something. I saw that when Sean Jamieson, the host, was trying to get the chefs to talk about something. Chef Aaron made his opinion clear about what Sean was suggesting.

I’ve mentioned Sean Jamieson. He’s the host, and he looks the part. Tall, slender, blue eyes, dark hair, perfect white teeth, and a killer smile. He’s attractive and knows how to use his looks. He was pretty smooth during the dress rehearsal today. Asking all the right questions, making sure the judges were comfortable. He moved seamlessly from one question to another. The chefs seemed to be fine with him asking questions, but the judges wanted reassurance about what he’d be asking. I wonder if he’s deviated from the script before.

Tim Harris is the executive producer. He’s busy and has his hand in every part of the production. I would expect that since he is the head of the show.

Mathew Smith is the show’s producer. I’m not exactly sure what he’s responsible for but he was talking about the sponsors earlier today. And he kept looking at his phone for messages.

Margo Ryan is the assistant producer, and she fills in where she’s needed. She’s been working in the television industry for about five years and started as a production assistant. She and I chatted after the meeting this morning and she set me up with all the equipment I’ll need. Wow, there’s a lot! Headset, radio, phone, tablet, and a laptop. Add a tool belt and backpack to carry everything in. She even gave me a sewing kit. I almost begged off from the job when I saw that. She had a good laugh and told me it was “a just in case” item. The studio has a wardrobe person who takes care of any clothing repairs that need to be done. Thank goodness! I can’t even thread a needle.

I’ll have lots to tell Emily and Kate tonight at Charlie’s Pub. Emily and I have been best friends since we were four. And in the last few years, we connect daily. Either text or a quick call. I can tell her anything and she doesn’t judge me. And the same with her. We’ve kept each other’s confidences since the beginning. Emily and I meet every Monday evening at Charlie’s Pub for dinner. It’s our night and we love it. Kate is another of my good friends. She’s a nurse at Bayview City General and because of her shifts, she can’t join us every week. Emily, Kate, and I are the three musketeers. We’re there whenever one of us needs something.

I’d better change my clothes before going out. Another good thing about the job, it’s casual dress, jeans are fine!

I’m looking forward to the next six weeks. It’ll fly by and be a lot of fun. What can possibly go wrong? 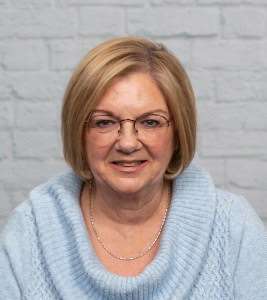 Rose Kerr grew up in a small community in Nova Scotia. A graduate of Acadia University’s Bachelor of Arts Degree, Recreation and Physical Education, Rose worked for several organizations: Nova Scotia Figure Skating Association, Synchro Swim Nova Scotia, Northern Options for Women, and Contact North|Contact Nord. She traveled from Newfoundland to British Columbia and most provinces in between for work.

Rose and her husband settled in a small town, on the shores of Lake Superior in Northern Ontario to raise their family. A strong believer in lifelong learning, Rose took creative writing courses and began writing mysteries.
More recently, Rose, her husband, and their dog Jake have moved to Southern Ontario. When she isn’t writing, Rose and her husband enjoy exploring the new region.

Death on the Set TOUR PARTICIPANTS