You are here: Home / Travel / St. Helena III Canal Boat Ride on the Ohio & Erie Canal in Canal Fulton, OH
Thanks for sharing!

Traveling along the Ohio & Erie Canal on the St. Helena III is like taking a trip through time. Your guide will fill your journey with lots of interesting information about the canal as well as what was happening throughout the United States and Ohio during the time the Ohio & Erie Canal was being built and the time during which it was operational. I received a free ticket in order to facilitate this post. 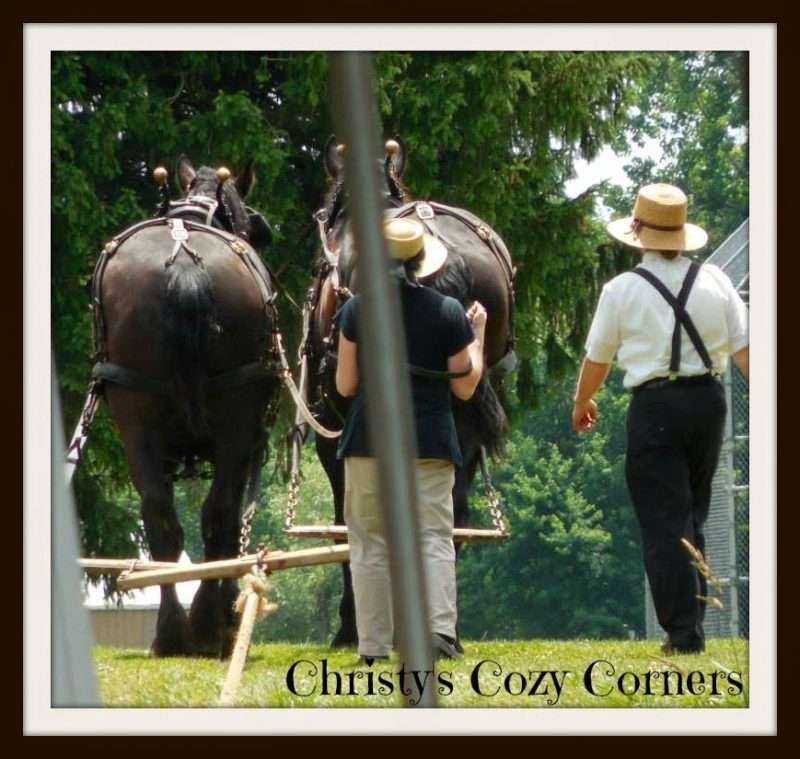 You begin your journey on the St. Helena III at the Canal Way Center where you can purchase your tickets, watch a film about the Ohio & Erie Canal, and view interpretive information about the history of Canal Fulton. After purchasing your tickets, you’ll depart from the boat dock in St. Helena Heritage Park.

The current St. Helena was built from 1989-1991 after the St. Helena II had to be retired. The canal boat is a replica of a freighter that traveled the Ohio & Erie Canal over 100 years ago. During the canal ride, the boat is pulled down the section of canal by two Percheron horses. 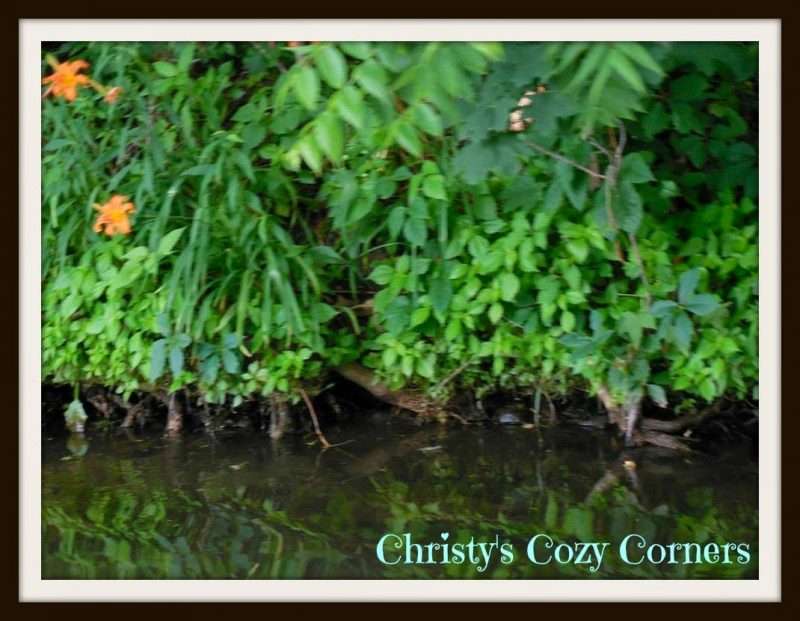 History of the Ohio & Erie Canal in Ohio

The history of the Ohio & Erie Canal in Ohio is so interesting. In the early 1800s, Ohio was a young state with no financial stability. When the 1000 mile network of canals opened, so did the opportunity for financial gain.

While many single men drove barges like the St. Helena III, there were also barges operated by men with families. Seeing the tiny area in the St. Helena that was reserved for the family living space made me very thankful I didn’t live on one!

The center cabin was where the mules would stay. Can you imagine the smell?! And all of the open compartments held the cargo. 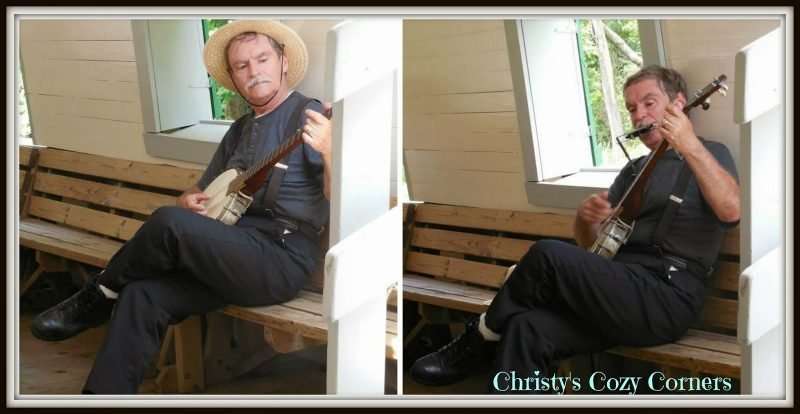 Riding the St. Helena III on the Ohio & Erie Canal

Our guide was so knowledgeable about the history of the Ohio & Erie Canal ,and that made the ride so interesting.  He passed around a lot of visuals that made the trip very hands-on. As you can see from the pictures, he also played the banjo and harmonica for us. He was very good! 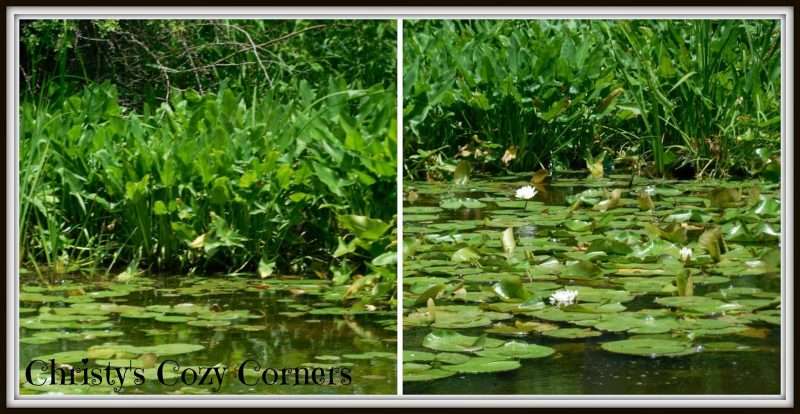 You’ll see lots of beautiful scenery on your St. Helena III canal boat ride. We even saw a fawn standing by the canal. These lily pads were so pretty. There were a couple of large areas in the canal that were large enough in which to turn the barges.

This section of the Ohio & Erie Canal takes you from St. Helena Heritage Park to Lock IV which used to be operational. The people who live in Canal Fulton are trying to get a grant to repair the lock, so visitors can see how a lock operated on the canal. 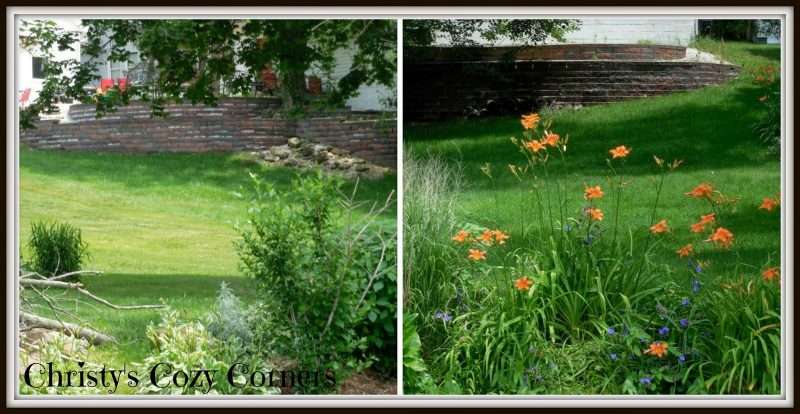 The brick wall you see here was part of a house that used to be part of the Underground Railroad. Boats like the St. Helena would take escaped slaves up the Ohio & Erie Canal to Cleveland and then they would go on to Canada.

The slaves would have to hide in the cargo hold. Can you imagine how uncomfortable that would have been? We take a lot for granted, don’t we? 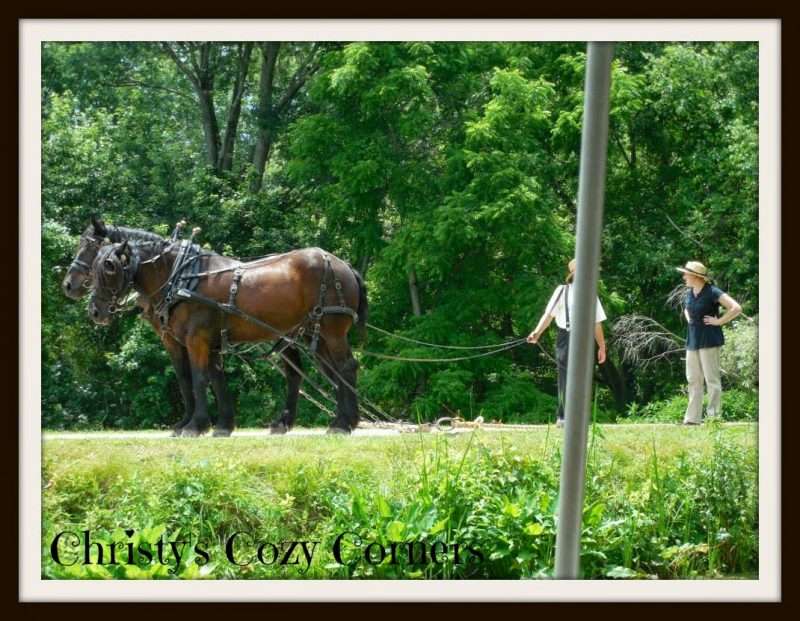 The Ohio & Erie Canal is mostly covered over now. There are very few sections that remain open. Once the railroad trains started to be able to go faster and carry more cargo, the canals became obsolete.

I am fortunate to be able to live close to a canal that is still operational and one that has a guided history tour of the Ohio & Erie Canal. If you are ever in this area of Ohio, or are in an area that offers a canal boat ride, definitely check it out!

Read on to find out more things to do in Ohio.

They recommend arriving 30 minutes prior to your ride time in order to purchase tickets and view the DVD presentation entitled “Our Canal Heritage” before you board the canal boat.

Purchase your tickets online or at the time of your ride. 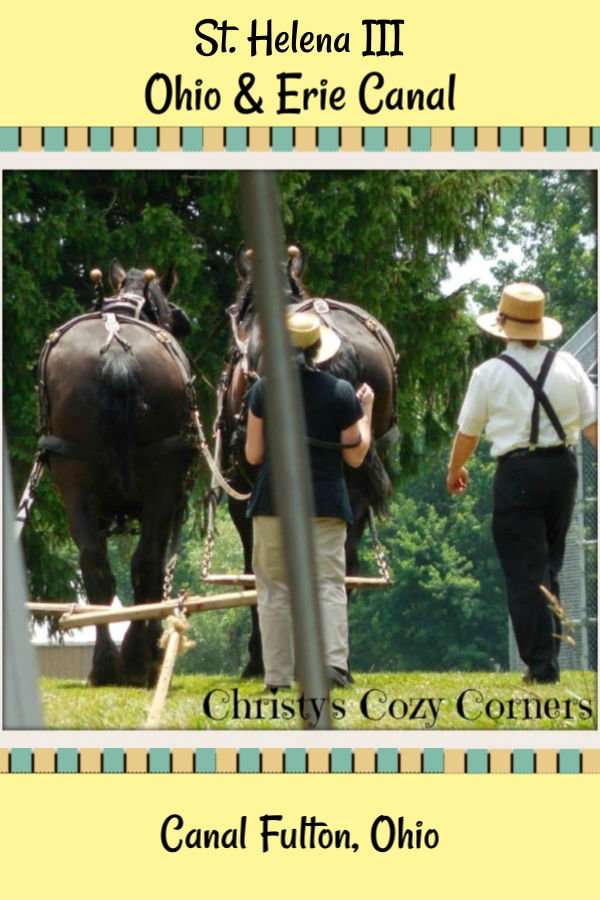 Thanks for sharing!
« Visit the Pro Football Hall of Fame in Canton, Ohio
Eleanor Book 1 of The Unseen | Book Review »