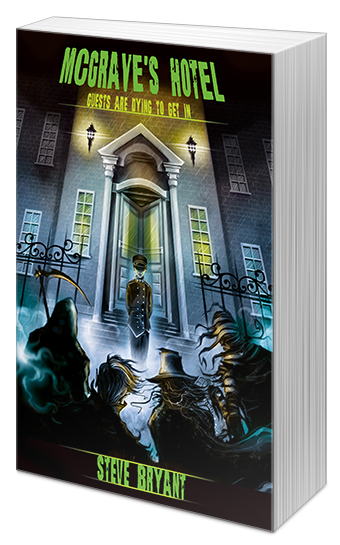 It’s 1936, and nearly twelve-year-old JAMES ELLIOTT is a bellhop at McGrave’s Hotel, there a year since the night his parents died while on a spy mission into Nazi Germany.

JAMES craves a goodbye message from his parents, but is distracted by troublesome guests who require his help.

Assistance with locating a missing and priceless mummy, wrangling mutant spiders, and attaching the head of a bridegroom is just the kind of hospitality guests have come to expect while at McGrave’s hotel where guests are dying to check in.

But over the course of one frightful evening, James will team with Death’s daughter to fight Nazi sympathizers, monsters, and the undead in this riveting, deathly, historical adventure story unlike any you’ve read before.

My Review of McGrave’s Hotel

I know I’ve said it before, but I love Middle Grade books when they are well-written. McGrave’s Hotel is one of those books! It is so much fun, and your middle grade reader (and you) will love all of the quirky, spooky characters that stay at McGrave’s Hotel.

James is almost twelve years old and lives at McGrave’s Hotel. His official job is a bellhop, but he is like part of the family at McGrave’s. The other workers tutor him in his schooling and take care of him like he’s their son. His own parent’s died on a spy mission, and though he misses them, he has a good life at the hotel.

Every night is an adventure at McGrave’s Hotel, but on this particular night a very special VIP is expected, and as each “important” visitor arrives, James thinks they are the VIP. It turns out that this night is just really full of important visitors! From a movie star to keepers of an Egyptian mummy, the hotel is kept hopping by the antics that follow. But even James couldn’t have expected all of the crazy happenings that night!


I loved all of the characters in this book! They are so well-developed for a middle grade book. The hotel is very vividly described, and though it is the only setting of the story, it makes you really feel like you’ve stepped back in time to visit this crazy hotel.

This is the perfect book for you to share with your child this Halloween season! I highly recommend it! Update 2019: Unfortunately, there are few copies of this book being sold on Amazon, and some are much higher than what the widget says. It must be out of print. I am hoping it comes back!

About the Author Steve Bryant 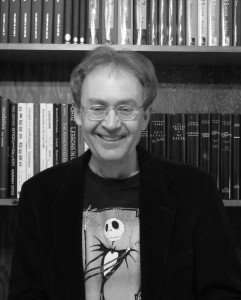