You are here: Home / Entertainment / Movies / Disney Movie / Watch the Official Trailer for Olaf’s Frozen Adventure
Thanks for sharing!

Olaf is back in his very own featurette, Olaf’s Frozen Adventure! Do you still sing along with Let it Go? Yeah, me too. Frozen is such a wonderful movie, and Olaf is awesome! 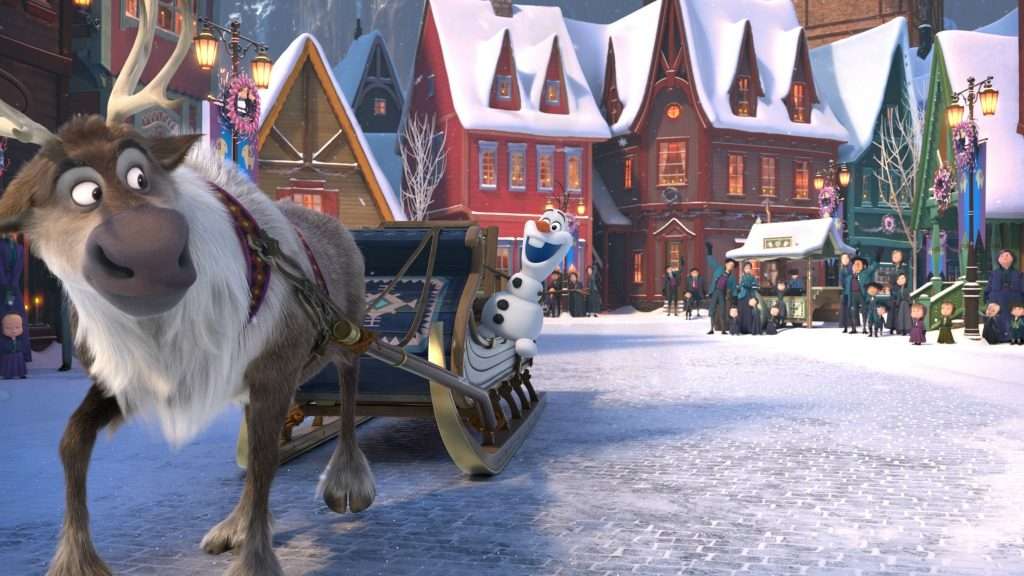 Featuring four new original songs, this 21-minute featurette welcomes the original cast and characters back to the big screen! Josh Gad is back as Olaf, who is on a mission to harness the best holiday traditions for Anna, Elsa and Kristoff.

“I’m thrilled that Disney Animation’s featurette Olaf’s Frozen Adventure will be coming to theaters in November with Pixar’s Coco,” said John Lasseter, chief creative officer, Walt Disney and Pixar Animation Studios. “It’s a perfect pairing – they’re both beautiful, heartfelt films about families and how people carry traditions forward. I can’t wait for audiences to get to see both of these terrific projects together on the big screen.”

“Stevie and I were deeply honored to be entrusted by John [Lasseter] to create an all-new story with these characters we love,” said Deters. “We’re thrilled to have our film play on the big screen with Coco during the holidays.”

“We loved getting in the recording booth with these incredible actors who know their characters inside and out,” added Wermers-Skelton. “We can’t wait for audiences to see the featurette, enjoy their performances, and hear the incredible new songs written by Elyssa and Kate.”

I know I can’t wait! I’m sure all of you Olaf-loving fans can’t either!

Thanks for sharing!
« 5 Ways to Help Kids with Allergies
The Beguiled Girls Gone Wild in the 1860s Clip »