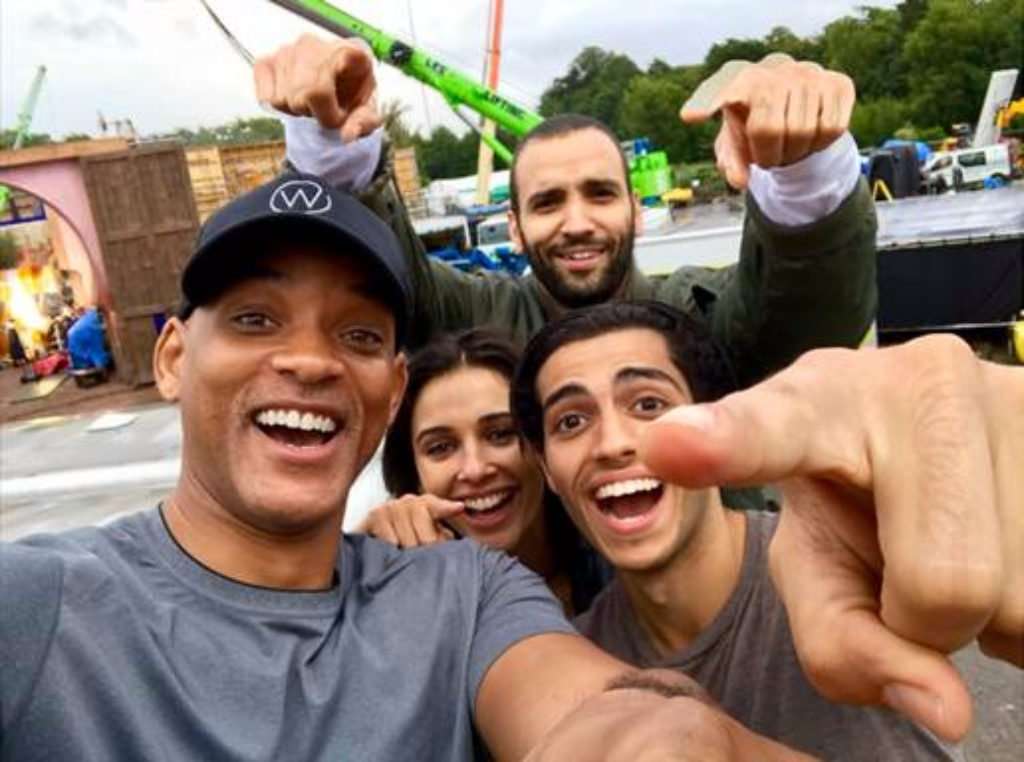 Disney’s Live-Action Aladdin Has a Cast!

Casting for Disney’s live-action Aladdin is complete and production is currently underway at Longcross Studios outside London.

Two-time Oscar® nominee Will Smith (“Ali,” “Men in Black”) as the Genie who has the power to grant three wishes to whoever possesses his magic lamp

Mena Massoud (Amazon’s “Jack Ryan”) as Aladdin, the hapless but lovable street rat who is smitten with the Sultan’s daughter

Naomi Scott (“Power Rangers”) as Princess Jasmine, the Sultan’s beautiful daughter who wants to have a say in how she lives her life

Marwan Kenzari (“Murder on the Orient Express”) as Jafar, an evil sorcerer who devises a nefarious plot to unseat the Sultan and rule Agrabah himself

Navid Negahban (“Homeland”) as the Sultan, the ruler of Agrabah who is eager to find a proper husband for his daughter, Jasmine

Billy Magnussen (“Into the Woods”) as Prince Anders, a suitor from Skanland and potential husband for Princess Jasmine

Disney’s live-action Aladdin is directed by Guy Ritchie (“Sherlock Holmes,” “The Man from U.N.C.L.E.”) from a screenplay by John August (“Dark Shadows,” “Big Fish”) based on the 1992 animated film “Aladdin” and stories from “One Thousand and One Nights.”

Thanks for sharing!
« Top 4 Tips to Prove That Your Hobby Is a Tax Deductible Business
5 Travel Essentials for Women & Traveling with Bladder Leakage »