You are here: Home / Books / The Rushing of the Brook by Kansas Bradbury Book Review
Thanks for sharing!

I received a copy of The Rushing of the Brook free for review. All opinions are mine and may differ from yours. 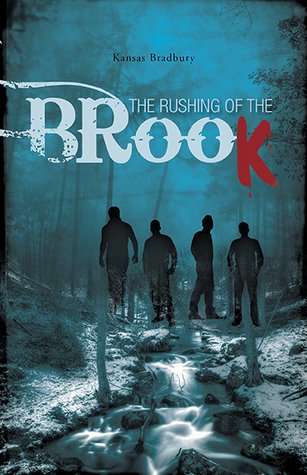 The Rushing of the Brook

It’s 1987, and a dark shadow is about to fall upon the city of Sifton and its residents. Hayward Barry and his best friends—Joe, Davey, and Pete—are typical fifth- and sixth-grade boys, hanging out after school and getting into trouble. However, powerful urges and deep feelings have begun to grow in the boys as they approach young adulthood; for Hayward, this is his affection for Beth, a girl in his class who he fears will be swept away by another boy named Daniel. For Pete, it is a volatile temper and the desire to always get his way. When Davey is given something that Pete wants, it sets off a disastrous chain of events that strips them all of their childhood, drowning their innocence to the sound of a rushing brook—a sound none of them will forget.

As misery and happenstance would have it, the day tragedy strikes Hayward and his friends, a murderous monster awakes from hibernation in a town miles away. Getting into a stolen vehicle with bloody clothes and an unspeakable lust for violence, the nameless man drives towards Sifton, wreaking destruction and horror along the way. While his story won’t collide with the boys’ lives until seventeen years later—when they have all grown up—this man will reopen old wounds and awaken the trauma that has never healed. Hayward, now a failed artist and reluctant police officer, is left to pick up the pieces of a shattered community and solve the mystery of the event that has come to dominate his life.

Horror fans, The Rushing of the Brook is a book to add to your TBR piles. It starts off feeling somewhat like a Stand by Me “ish” book, but only the first half deals with the boys when they are young. Hayward, Joe, Davey, and Pete have been friends for years. They do everything together, so when they go the junkyard after school, it’s nothing new. But when they get to the brook, tragedy strikes. They somehow make it through the funeral, but the next years pass with each dealing with the tragedy in his own way.

Meanwhile, miles away, a murderer makes a choice that leads him to their hometown. None of this affects the boys until 17 years later. It seems their lives are always destined to be intertwined, and the tragedy that struck years ago is still affecting them.

I really love how well the characters in the book are developed even though it is a short book. The story is horrifying, and the author makes it feel frighteningly real. I don’t mind the gap in time, but I do wish that the second half of the book had been longer. The book is very well written and will appeal to horror fans. 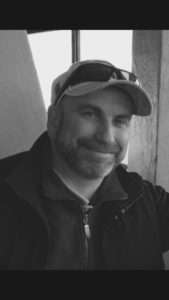 Kansas Bradbury was born and raised in North Sydney, Nova Scotia. He graduated from Saint Mary’s University with a Bachelor of Commerce and subsequently became a drug store manager. In 2008, he moved from the retail business and began working as a heavy equipment operator in Alberta’s oil sands. He started creative writing as a hobby, composing film scripts and short stories for fun. After receiving encouragement from his family and friends, he wrote The Rushing of the Brook, his first full-length novel. He currently resides in Fort McMurray with his wife Colleen and their two children.