You are here: Home / Entertainment / Movies / Disney Movie / Cars 3: Now on Blu-ray with Great Bonus Features #Cars3Bluray
Thanks for sharing!

I received a free copy of Cars 3 as part of a Disney Press trip. All opinions are mine.

Cars 3 is now on Blu-ray

Honestly, writing this post makes me a little sad. If you missed my Pixar Cars Then and Now post, go read it, and you’ll see what I mean. Mamas, hold your babies for as long as they’ll let you! They grow up way too fast. 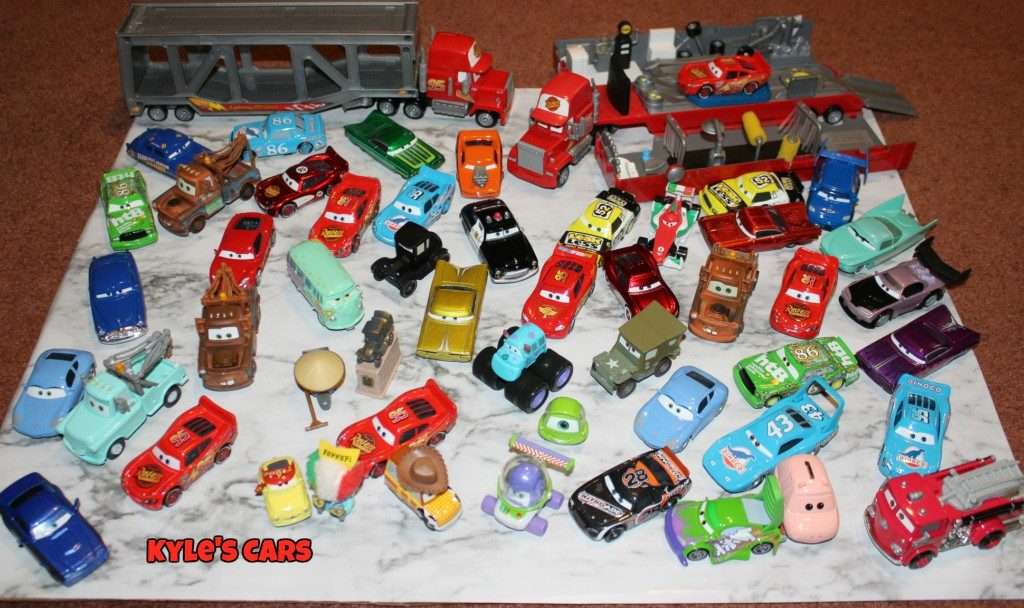 But here’s the thing…while I was setting this up, I had Mack closed up, and Kyle came up and opened him and said, “Lightning needs to be in here.” He’s 20 years old now, but he’s still a kid at heart. I’m so glad I was chosen to be part of this CARS 3 Blu-ray release celebration. It brought back so many memories.

When I got these Cars out, I remembered how Kyle wanted ALL the sets. There are a lot of duplicates because they usually came in twos, but he played with them all. I think Santa is going to have to find some Cars 3 sets for his stocking this year….just for the fun of it. 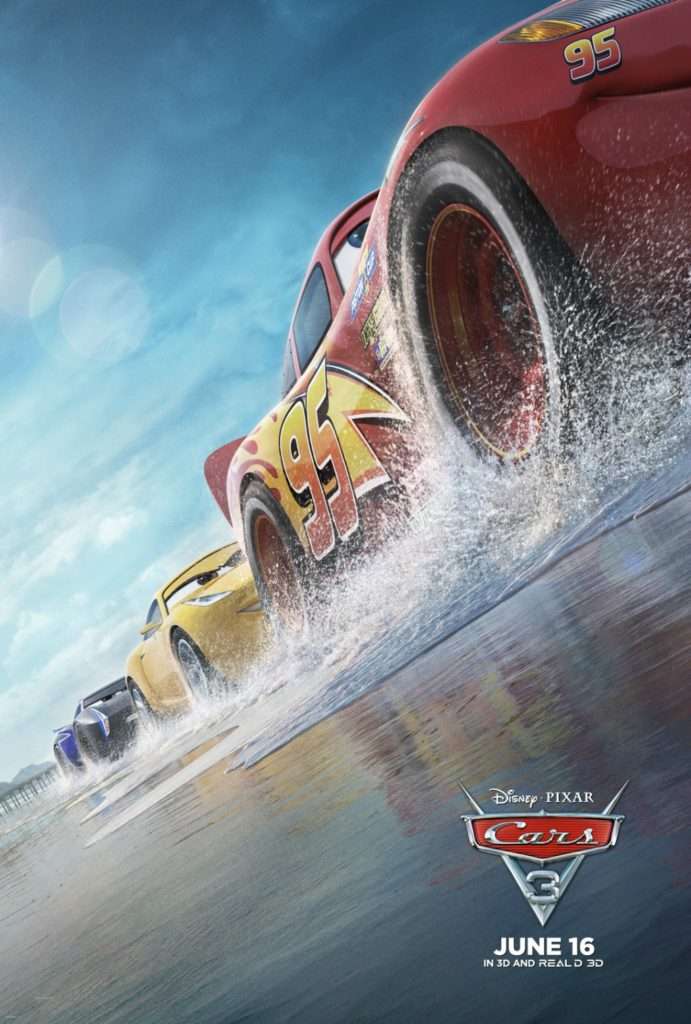 Blindsided by a new generation of blazing-fast racers, the legendary Lightning McQueen (voice of Owen Wilson) is suddenly pushed out of the sport he loves. To get back in the game, he will need the help of an eager young race technician, Cruz Ramirez (voice of Cristela Alonzo), with her own plan to win, plus inspiration from the late Fabulous Hudson Hornet and a few unexpected turns. Proving that #95 isn’t through yet will test the heart of a champion on Piston Cup Racing’s biggest stage!

I adored this movie! I think it is just a tiny bit behind the first movie for me. The only reason I love the first more is due to the fact that the first one made Kyle love Route 66 so much. That is my ultimate dream road trip. I hope we can do it while he still wants to be with his mom on vacations…you know…as long as I’m paying!

CARS 3 feels a lot like the first movie. There are a lot of nostalgic moments with Doc Hudson memories. If you have seen the movie, and I hope you have, you know that Lightning and Cruz visit one of the old tracks that Doc used to race at and spend time training there. They meet several of Doc’s old racing friends who talk about Doc and the “old days” of racing. That’s definitely one of my favorite parts.

I love how Lightning, in spite of his challenges, still gives it his all on the race track. He stays true to himself, and he keeps his friends close. And just in case you haven’t seen it yet, I won’t spoil the ending, but it will make you smile and cry a little. I’m not sure if this will be the final CARS movie, but I think that if it is it ended on a great note. CARS 3 is such a heartwarming movie. You and your family will love it!

When a toy-stealing bully ruins recess for a playground full of kids, only one thing stands in his way: the “Lost and Found” box. 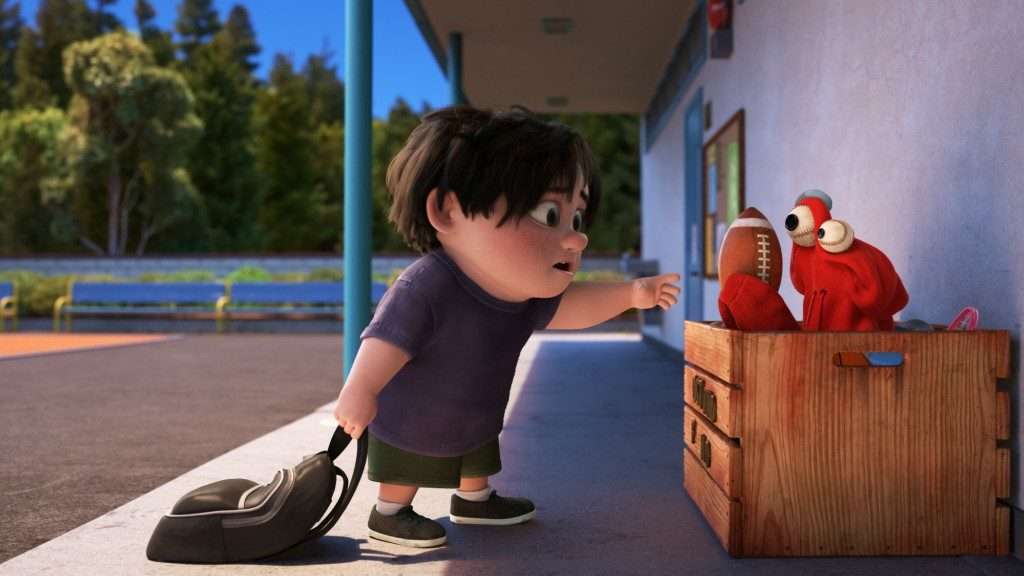 LOU is the short that ran with CARS 3 when it was in theaters. I always love the shorts PIXAR makes for their movies. This one is no exception. I love that it tells a complete story in such a short amount of time and without any speaking parts. It’s so simple that even little ones will understand it, but it’s shown in a way that adults will love too.

The CARS 3 combo pack has hours of bonus content for you to enjoy.

This part gives you a fly through Thomasville, Florida International Speedway and Rusteze Training Center.

You’ll hear a little about the first cars three of the cast and crew owned.

All of the trailers made for CARS 3 are in this section.

Be sure to visit my other CARS 3 posts for coloring pages, games, and activities. Don’t miss my CARS 3 viewing party post! You and your kids can have a great time watching the movie while having some great snacks! 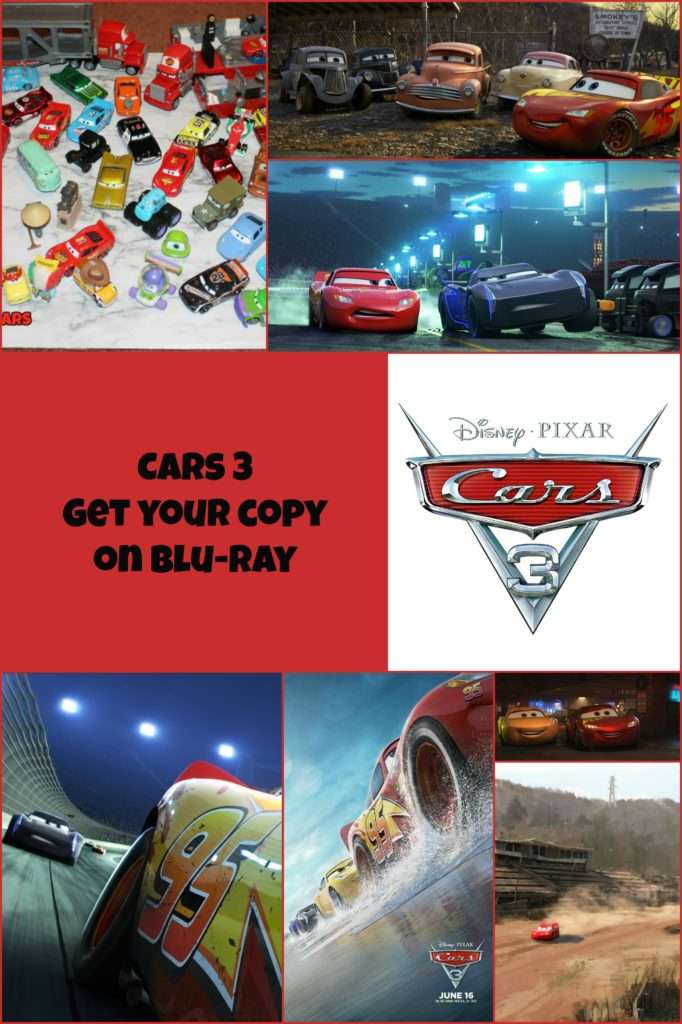 Thanks for sharing!
« Aliens Get the Sniffles Too Book Tour
Easy Chicken and Potatoes Sheet Pan Dinner »