You are here: Home / Animals / Mutual Rescue and Suicide Prevention 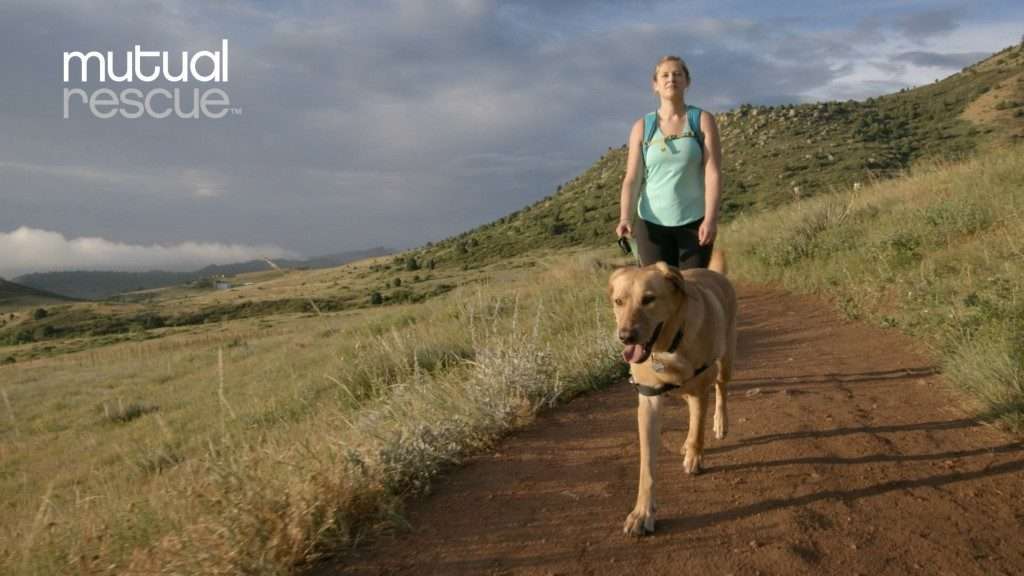 Thank you to Jessi Burns for providing this personal story about suicide. Though suicide awareness month has passed, it is important to be aware always. I’ve had several people in my life who were affected by the suicide of a loved one. Jessi’s story shares how she made it through her boyfriend’s suicide with the love of a dog and how she became involved with Mutual Rescue.

My dog literally saved my life.

Back in 2011, I was living with my boyfriend of three years. We met when we were both in graduate school. He was funny, handsome, smart, talented, and very successful. We were even in the process of talking about getting engaged. But he had a side to him I didn’t know about, a sad side. On November 14, 2011, my world forever changed: he took his own life. 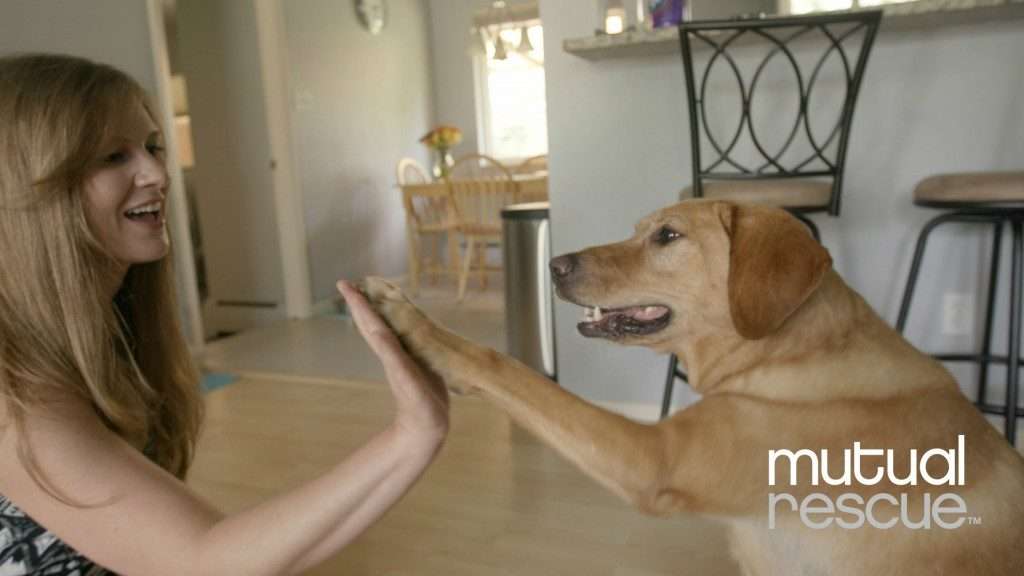 Falling into a deep depression

In the immediate days after, I couldn’t eat, sleep, or focus on anything. Nothing could keep me from thinking about what had happened. Why had he done that? Why couldn’t I stop it? Was it my fault? I was tormented and very, very depressed. Those were the darkest days of my life.

I’ve always been an animal lover, especially of dogs. To distract myself from my dark thoughts, I started looking at dogs online and decided that I desperately wanted one. One day I looked at the website for my local animal shelter and spotted one of the saddest looking dogs I’ve ever seen. She was an eight-month-old yellow Lab mix looking directly into the camera with big brown eyes. She looked so incredibly sad and somewhat scared, which was exactly how I was feeling inside. I identified with her. When I first met her, she was underweight, coughing, nervous, and anxious, but I decided that she was perfect. I took her home that day and named her Andromeda, Andi for short. 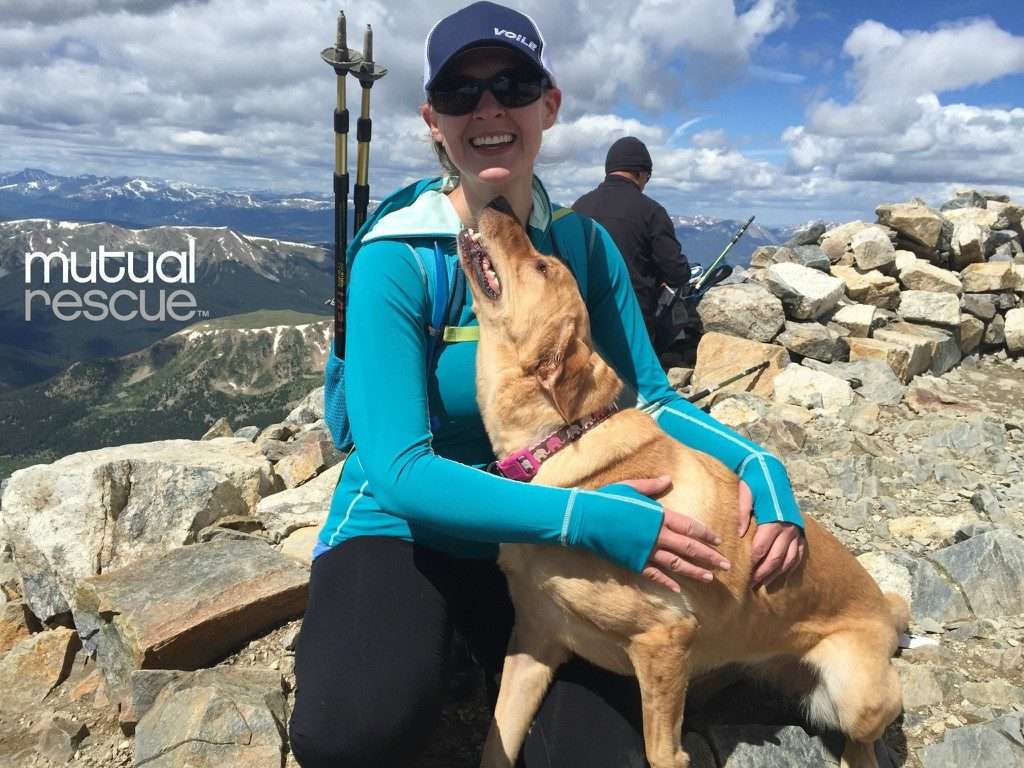 The next few months were the worst of my life, but luckily, I had Andi. She forced me to get up each day and get outside. It was so tempting to stay in bed all day and not talk to anyone, but still being a puppy (and a Labrador), Andi needed exercise. I started walking or hiking with her. She also forced me to interact with people. It was so easy to stay in my head, getting caught up in the terrible thoughts I had, but with Andi I had to meet and talk to people. I was sad and every day was a struggle, but Andi was there for me. I still had dark thoughts, but they immediately went out of my mind when I would think of Andi. She relied on me. She was also the only thing that brought me any sort of happiness during that time. I am convinced that she was the only reason I made it through those days.

In early 2015, when I first watched “Eric & Peety,”—Mutual Rescue’s first film about a man who lost more than 140 pounds and overcame diabetes thanks to the help of a shelter dog—I knew it was a project I identified with. The goal of Mutual Rescue is to change the conversation from people OR animals to people AND animals. When you help local animal shelters, you’re not only helping animals, but you’re also helping the people in your community. I absolutely know this is true because without Andi, I wouldn’t be sitting here today.

When I was selected to tell my story through the Mutual Rescue initiative, I was overwhelmed, but also overjoyed. It was hard to know how everything would come together, especially about a topic so deeply personal and traumatic. I have to admit I was apprehensive at first, but seeing how the film came together, I couldn’t be happier or prouder to be part of Mutual Rescue. 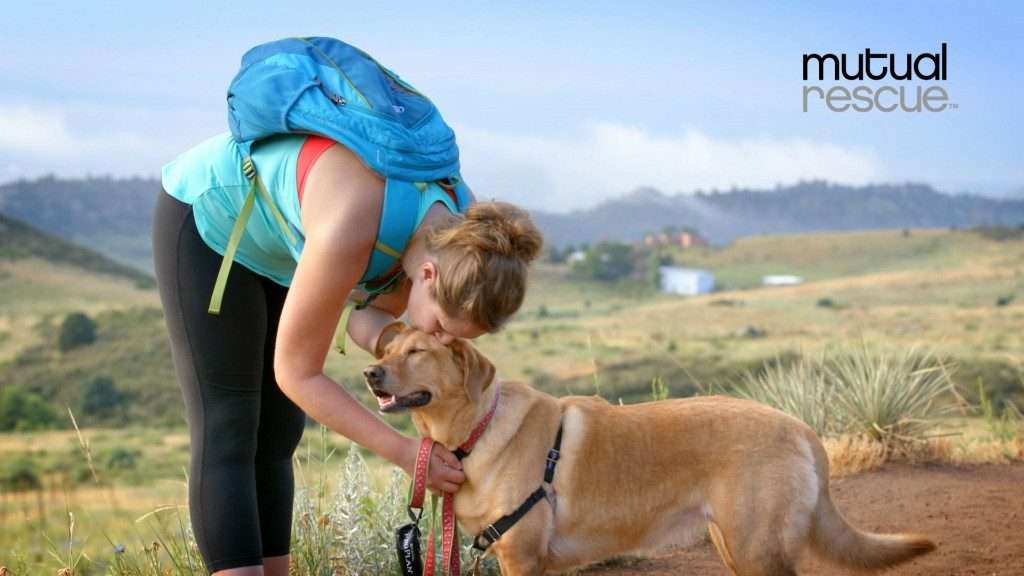 One of the main reasons that I wanted to share my story was to begin a conversation about suicide and mental illness. There is still such a stigma surrounding depression and other mental illnesses in our society, and we rarely talk about suicide. After my boyfriend passed away, I was shocked to learn how many people I knew had also been touched by suicide. When I shared what had happened to me, it seemed like everyone else also had a story: “I had a friend…” or “My uncle… .”

In fact, according to the CDC, in 2015 there were more than twice as many suicides (44,193) in the United States as there were homicides (17,793). So many people have experienced this awful thing, but we never talk about it, perpetuating a terrible cycle. I believe many people turn to suicide because they feel so alone. I want to be a part of changing that. I want people who are struggling to know they are not alone and to feel comfortable asking for help. 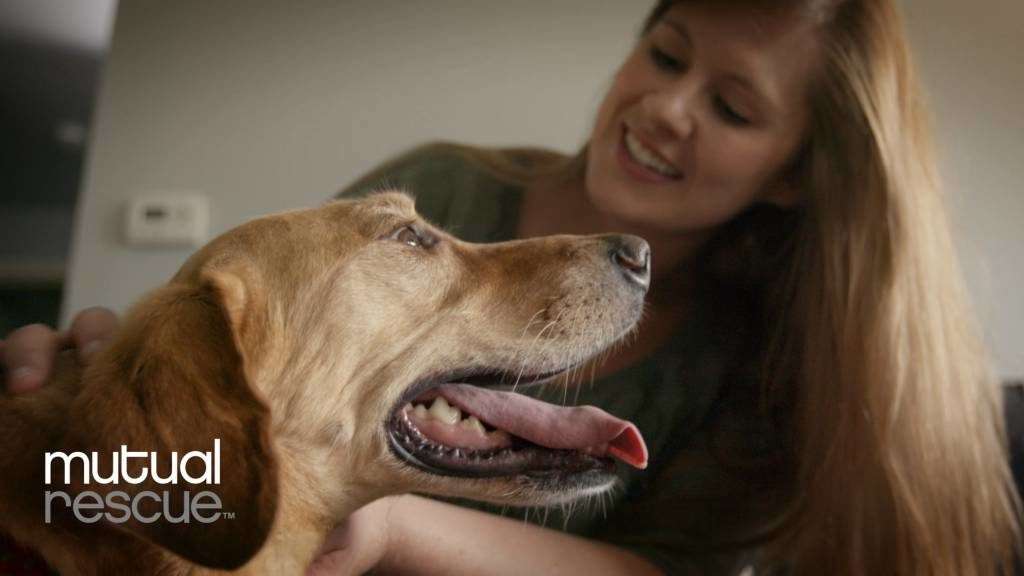 As far as my own life goes, I’m happy to report that now, six years later, Andi and I are doing awesome. I have a boyfriend named Matt and we just celebrated our two-year anniversary of being together. He’s been incredibly supportive throughout everything and I feel so lucky to have him by my side. In other exciting news, we adopted a second dog! Winston is a one-year-old Border Collie mix and he and Andi have become best friends.

Rescuing Andi also sparked me to follow my passion for animals. I currently work at Foothills Animal Shelter in Golden, CO. I truly believe that Andi saved my life and I like to think that I saved hers. By working at the animal shelter, I hope that I’m helping other people find their saviors, too. I might have followed in my boyfriend’s footsteps had it not been for Andi. She saved me.

Jessi Burns and her boyfriend were in love and actively planning their future together. When he committed suicide, it sent her reeling into self-doubt, isolation and anxiety. Adopting eight-month-old shelter dog Andi helped Jessi reconnect to life again. Find out more about Mutual Rescue.

Thanks for sharing!
« 5 Facts to Consider for Reducing Food Waste
A Mexican Feast and a Book Review: Blind Spot by Dani Pettrey »