Happy New Year! How were your holidays? I graduated from college, so I’ve had a lot of free time on my hands. I’ve used some of that time for reading and writing, but mostly to satisfy my new obsession with Star Wars: The Last Jedi. I’ve also used this new free time for baking, and researching recipes, which is how I came across this amazing vegan banana bread recipe. 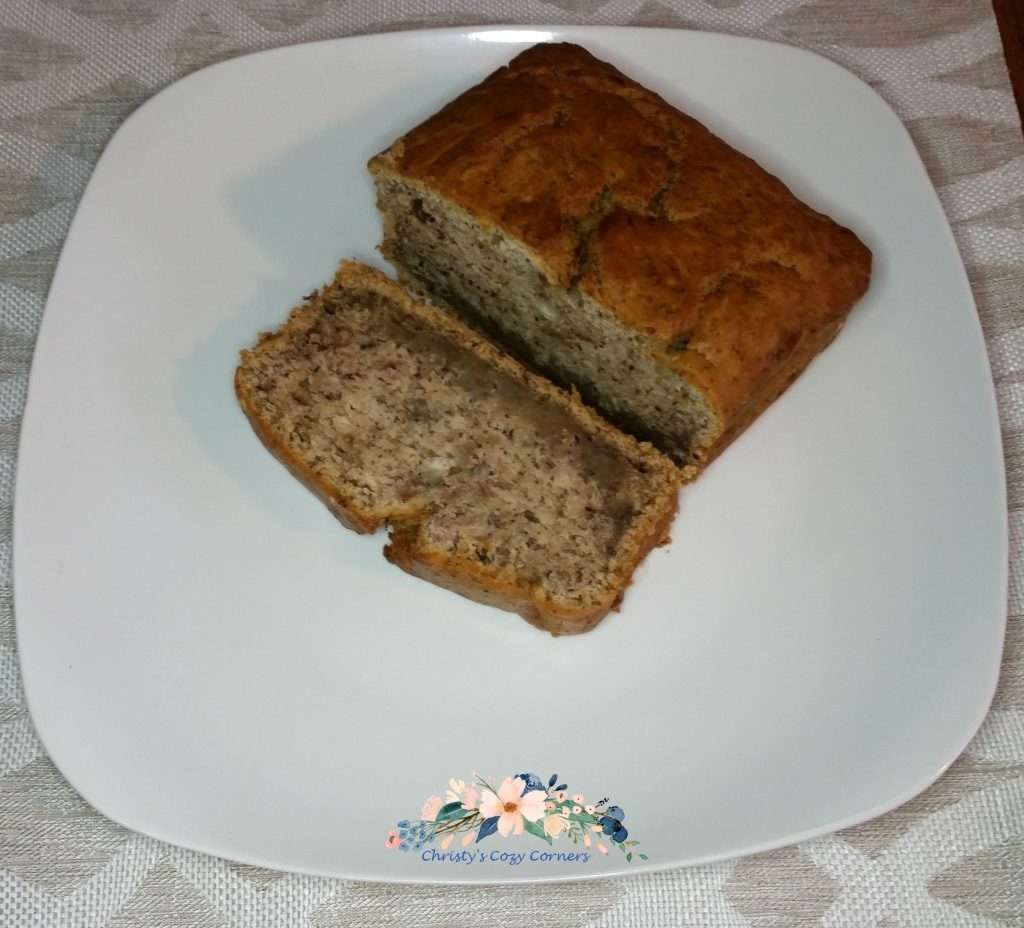 My brother likes to watch documentaries on Netflix, and his affinity for documentaries led him to the conclusion that we need to become vegans. Spoiler alert: we aren’t vegans. However, we have begun eating less animal products. This new trend in our diet has introduced me to some interesting vegan recipes, including an easy banana bread recipe. I did a little tweaking to make it my own, and it turned out really well! In fact, I’d say this is the best banana bread recipe I’ve ever used.

Okay, remember how I said I’m spending a lot of time writing, baking, and satisfying my new obsession with Star Wars: The Last Jedi? I combined those three into an Instagram story, #bakingwithkylorey. In a nut shell, Kylo Ren is utilizing ForceTime to teach Rey how to bake when he’s not being the Supreme Leader and she’s not busy being the Last Jedi. You can follow along with their adventures by following me on Instagram (molly.becca119) or following along with the hashtag #bakingwithkylorey. I’m sharing the images along with this recipe, but you can read the complete dialogue by visiting my Instagram and clicking on the photos.

I don’t know about you guys, but I always thought “vegan recipes” implied sub-par recipes, especially recipes that aren’t originally vegan, such as banana bread. My other thought was that vegan recipes were difficult to make and called for weird ingredients. However, the recipe I found turned out to be an easy banana bread recipe, and called for ingredients that I already had. I tweaked it a bit to make it my own, and now I’m here to share the recipe with you. 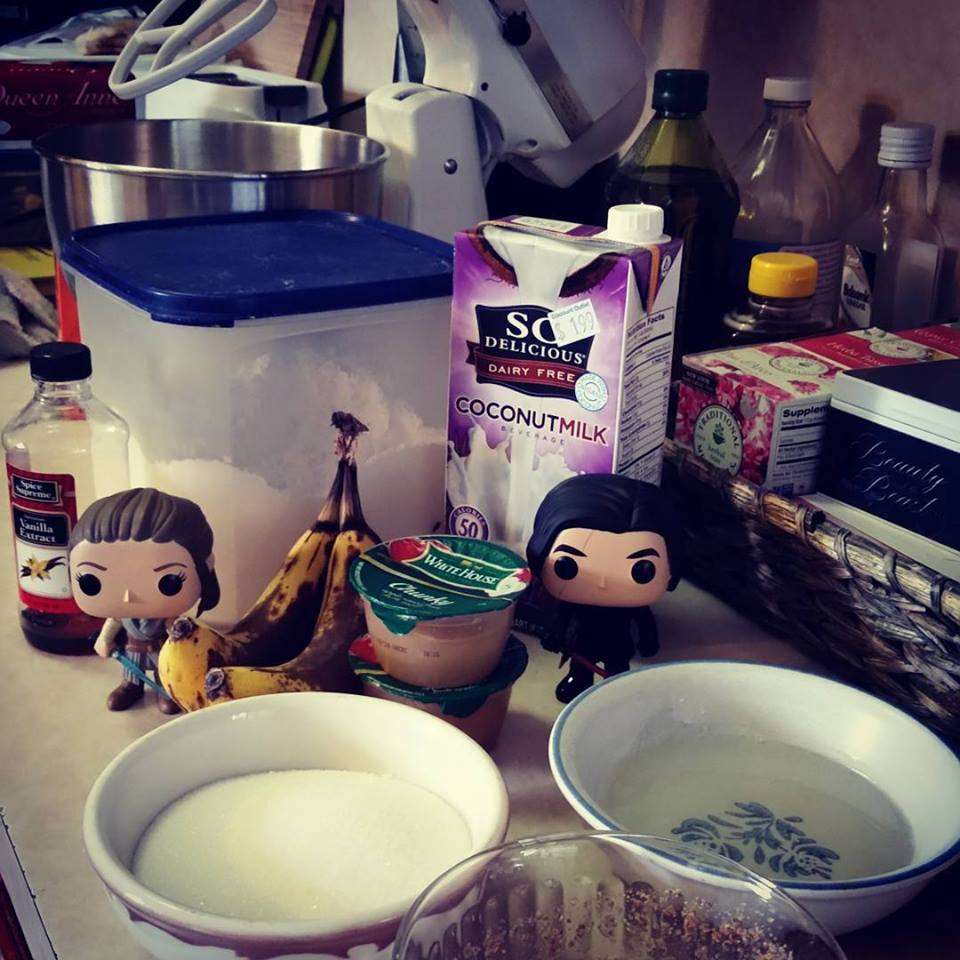 Kylo: You need a teacher. I can show you the ways of the kitchen.

First, gather your ingredients (and make sure you have them all). For this vegan banana bread recipe, you’ll need:

Make sure to mix your flax egg. Do this by combining 2 Tbsp of milled (or ground) flaxseed with 1/3 cup of water, and letting it sit for about 5 minutes, until it’s pretty thick.

Preheat the oven to 350 degrees and grease a bread pan with coconut oil.

Next, combine the flour, sugar, baking soda, and salt in a large bowl. Then, add in the milk, oil, flax egg, bananas, applesauce, and vanilla. Mix until combined, then pour into the greased bread pan. 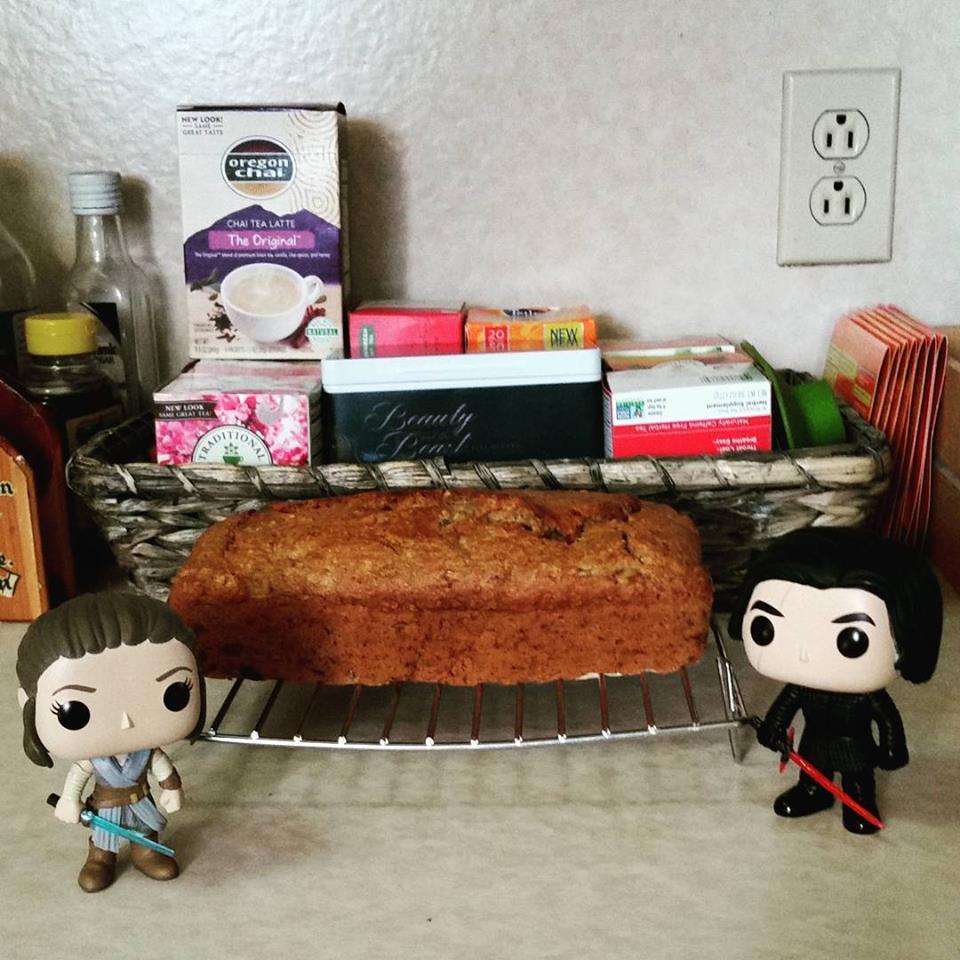 Bake 60 minutes (give or take 5 minutes depending on your oven) or until you can insert a toothpick and it comes out clean. Let the bread cool in the pan for about 15 minutes, then let it cool completely on a wire rack. 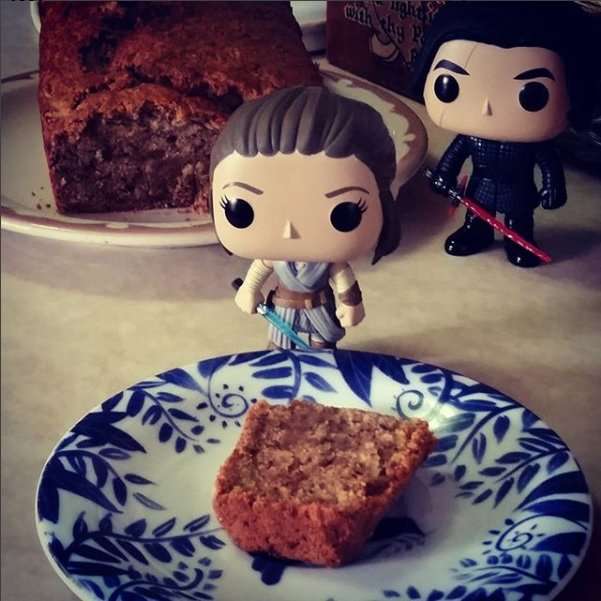 Kylo: See I told you it would be good. 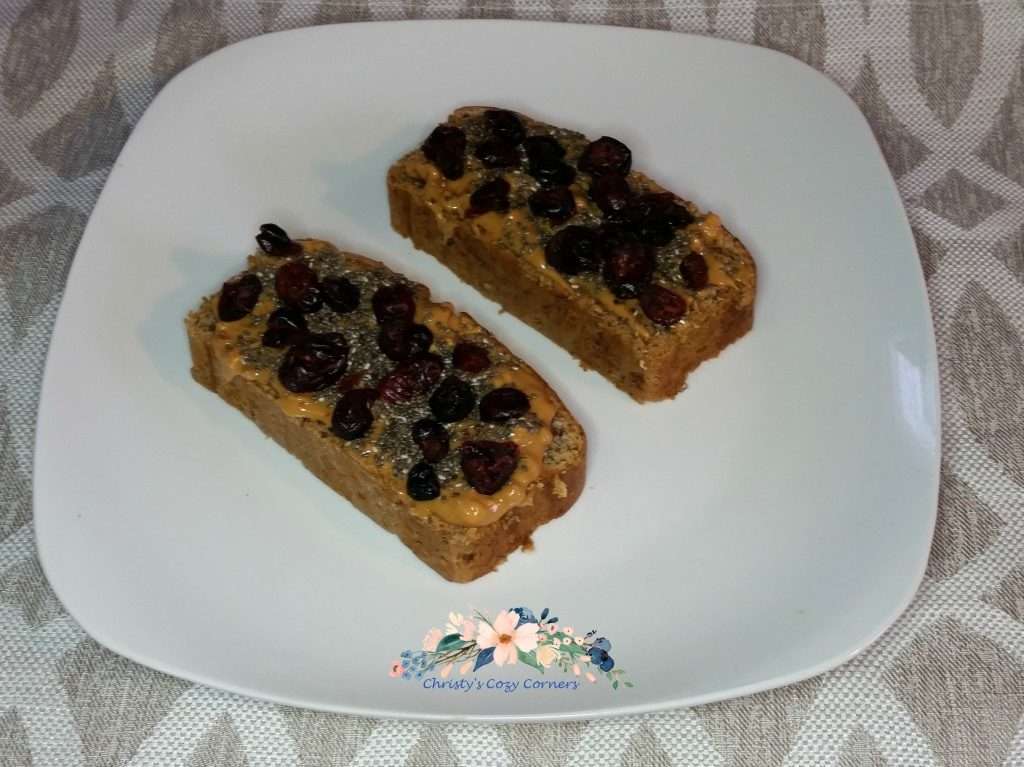 You can eat the banana bread plain as it is, or you can add your choice of toppings. My favorite way to eat a slice of this delicious vegan banana bread is to spread peanut butter over it and sprinkle on chia seeds and dried cranberries.

Come by after you’ve tried this recipe and let me know how you like to top it!

Don’t forget to visit my Instagram (molly.becca119) to follow along with Kylo and Rey’s baking adventures! If you have Instagram, feel free to follow me. If you don’t have Instagram, you can still pop by every once in a while by clicking the link to see what they’ve been up to. 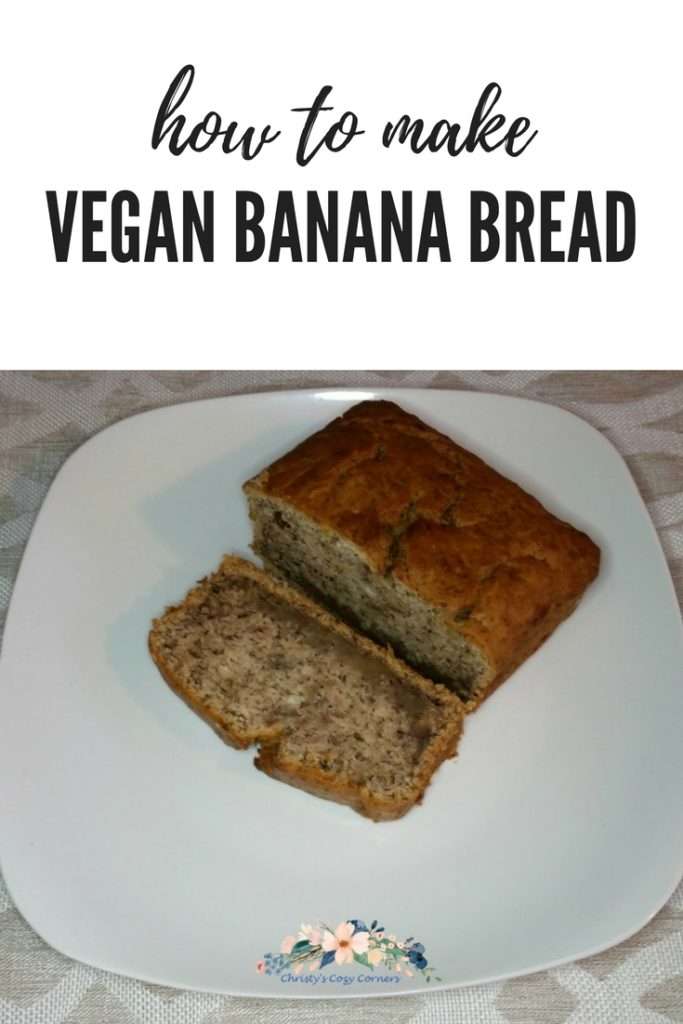