You are here: Home / Entertainment / Watch THE AVENGERS this Week to Prepare for Infinity War #InfinityWar
Thanks for sharing!

It’s getting real people! We made it to the end of Phase One in the Marvel Cinematic Universe, and we’re 87 days away from INFINITY WAR! This week’s Marvel movie you need to watch before INFINITY WAR is THE AVENGERS. I know, such a sacrifice, right? 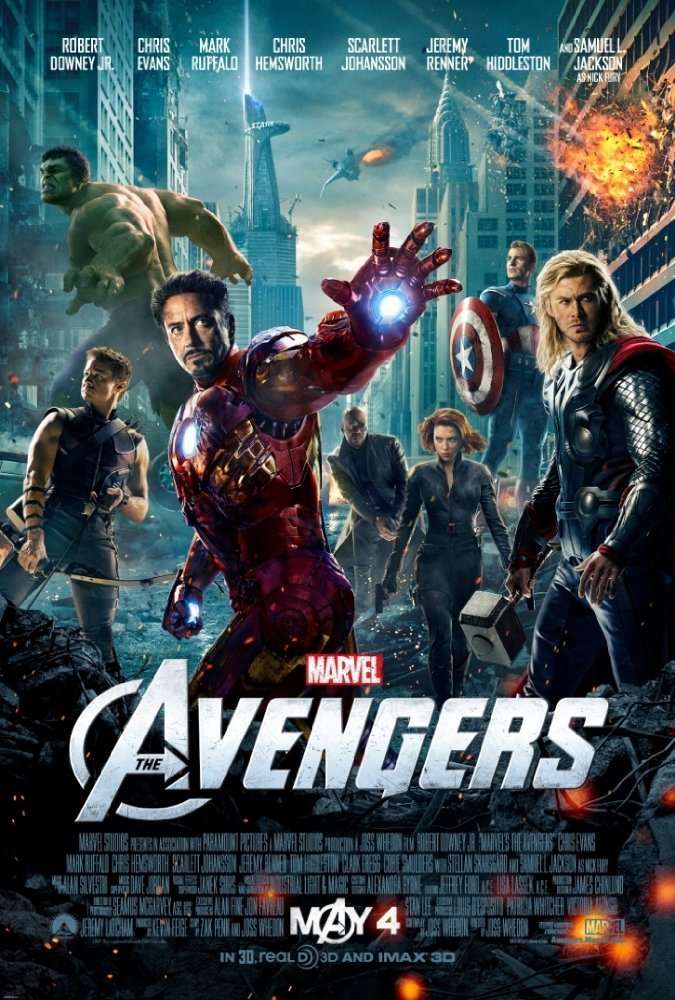 Oh, Loki. He’s not happy unless he is wreaking havoc across the universe. In THE AVENGERS, Loki promises to retrieve the Tesseract in exchange for a Chitauri army, so he can conquer Earth. Who is he giving it to? Thanos. THE AVENGERS is the first movie in which we get a glimpse of this evil alien dude who wants to take over pretty much everything!

So, we’ve got Loki, whose scepter holds the Mind Stone by the way, popping through the portal that the Tesseract opened. He takes over Erik Selvig and Hawkeye’s minds along with several other S.H.I.E.L.D. agents’ minds, so he can get out of the building and start his “overthrowing” of Earth. If you’re a Marvel fan, then I’m sure you know how the movie plays out. Lots of totally awesome action and tons of humor. Let’s talk about how THE AVENGERS fits in with the other movies in ways you might not have thought of and how it’s leading to INFINITY WAR.

Tie-ins to other Marvel movies and INFINITY WAR

When the Tesseract starts “misbehaving,” Nick Fury asks Erik Selvig if it is dangerous. Erik says it’s fine, and that it’s just giving off low levels of gamma radiation. Fury replies, “Gamma radiation? Well that can be harmful.” Of course it can be! Look at Bruce Banner!

Loki’s scepter, like I said before, holds the Mind Stone (one of the Infinity Stones) which is currently in Vision’s forehead. In the INFINITY WAR trailer, we see one of The Black Order (Thanos’ minions) apparently taking the Mind Stone from Vision. Will it kill him? I hope not, but I don’t know how he can live without it! 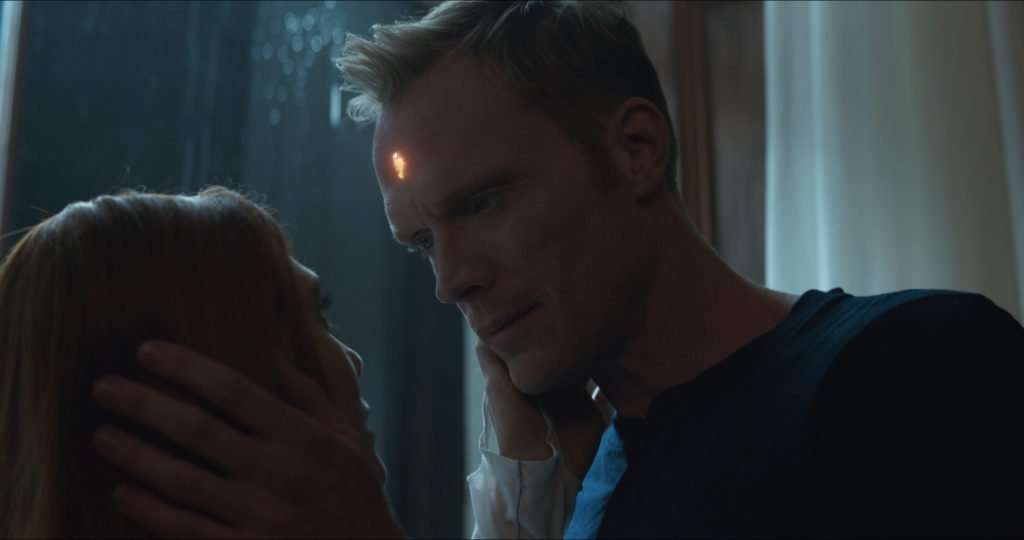 We also find out what S.H.I.E.L.D. wants with the Tesseract. They want it because during THOR, The Destroyer came to Earth, and they now know that none of Earth’s weapons are good enough. They’re using it for Phase 2, a plan to make weapons using the energy from the Tesseract. Of course, we see that Thor takes it back to Asgard later in the movie, and you know that Loki currently has it because we see him “possibly” hand it to Thanos in the INFINITY WAR trailer.

I love that this is the movie where Natasha and Bruce seem to make their first deep connection. Though Bruce has learned to pretty much control the Hulk, when Hawkeye (under Loki’s control) blows out part of the ship, Natasha and Bruce are hurt in the explosion. Though she doesn’t use the “The sun’s going down” phrase yet, she still tries to calm him and keep him from “hulking” out.

Then, like I mentioned earlier, this is the first time we see Thanos, and we KNOW he is going to be in INFINITY WAR. I mean, he IS trying to get all the Infinity Stones… 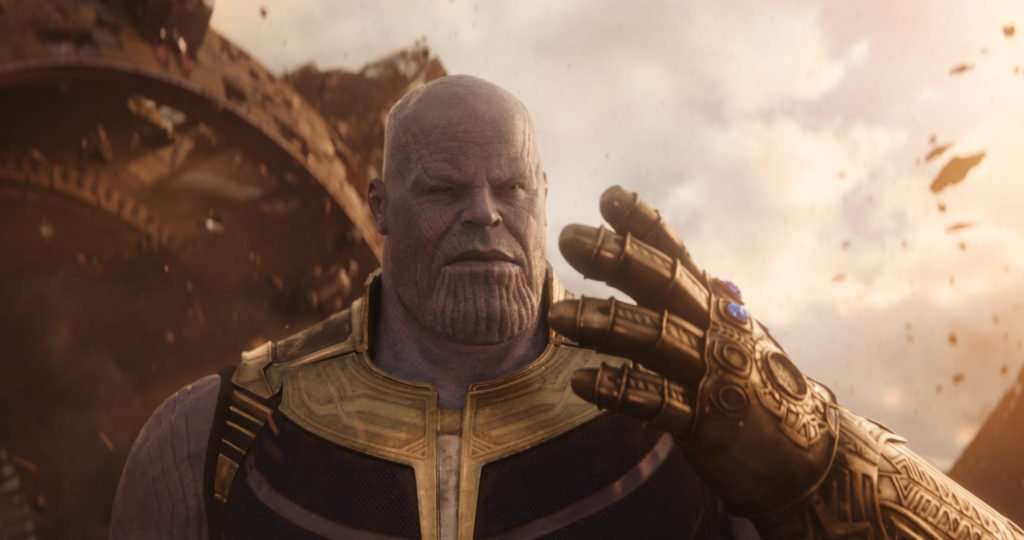 My favorite one-liners and quotes from THE AVENGERS

This movie is probably the funniest in Phase 1 of the Marvel Cinematic Universe. It’s got a lot of intense stuff, but it also has a lot of comic relief.

Lots of that comic relief comes from Tony Stark. I’m still Team Cap, but I have to admit it…Tony Stark is hilarious.

For example, when Agent Coulson visits Pepper and Tony, Pepper calls him Phil. Tony is shocked that she’s calling him Phil and says, “His first name is Agent.” Tony nicknames Thor “Point Break.” If you haven’t seen the original POINT BREAK, just watch it and this will become so much more hilarious to you. Also, in THOR: RAGNAROK, when Thor is trying to get the plane to respond to him, he uses all of his names and none work until he says Point Break. Hilarious.

And when Tony and Thor meet, after Thor flies out of the plane with Loki, Tony does his “Shakespeare in the Park” line, “Doth mother know you weareth her drapes?”

Then when Loki tells Tony, “I have an army,” Tony responds with, “We have a Hulk.”

Captain America gets some great lines too like when he says to Natasha (after she says Thor is basically a god), “There’s only one God, ma’am, and I’m pretty sure he doesn’t dress like that.”

AND, Nick Fury gives his speech that is the voice over in the INFINITY WAR trailer in THE AVENGERS!

“There was an idea…”

Did you see the new spot that aired during the Big Game?? No? Watch it now! Yes? Watch it now again! It’s not possible to watch either of these too many times! I get the chills and goosebumps every single time.

I love that Nebula is in this spot even though it is a brief moment. She has become one of my favorite characters in the Marvel Cinematic Universe since watching GUARDIANS OF THE GALAXY VOL. 2. She is so wounded, and she’s got revenge in her heart. You can totally feel it just from that one quick glimpse. And Cap’s shield! And what looks like Tony and Steven combining powers to attack someone….There’s so much in 30 seconds! Can you EVEN imagine how much amazingness is in store for us? I can’t wait!

Have you printed my list of Marvel movies, so you can keep track of what you’ve watched? Be sure you do!

You can follow along with Mama’s Geeky and As the Bunny Hops too! They’re live Tweeting Marvel movies at 11am on Fridays with the hashtag #CountdownToInfinityWar

Thanks for sharing!
« Make a Difference While Traveling in Panama
SOLO: A STAR WARS STORY Teaser Trailer and New Posters #HanSolo »