You are here: Home / Entertainment / The Incredibles, Edna Mode, and Free Printable Fun
Thanks for sharing!

We celebrated Pixar Fest at home with THE INCREDIBLES, Edna Mode, and a free printable! I’ve also got INCREDIBLES 2 freebies for you in this post, so be sure to read all the way to the bottom! 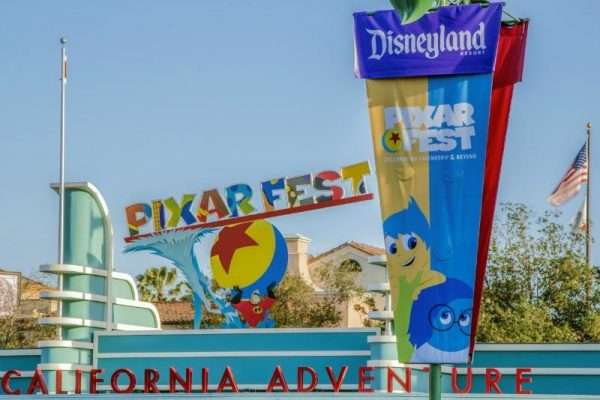 The Parr family. You know them…Bob, Helen, Violet, Dash, and Jack-Jack. Bob and Helen were supers. Well, they are supers, but the government shut them down, so they have to live “normal” lives. You’ve seen this movie, right? I love these characters and the story. As in all Pixar movies, THE INCREDIBLES is full of heart and humor. It’s got amazing quotes that are humorous in the context of the movie, but they are filled with wisdom too. Much of that wisdom comes from the one and only Edna Mode. 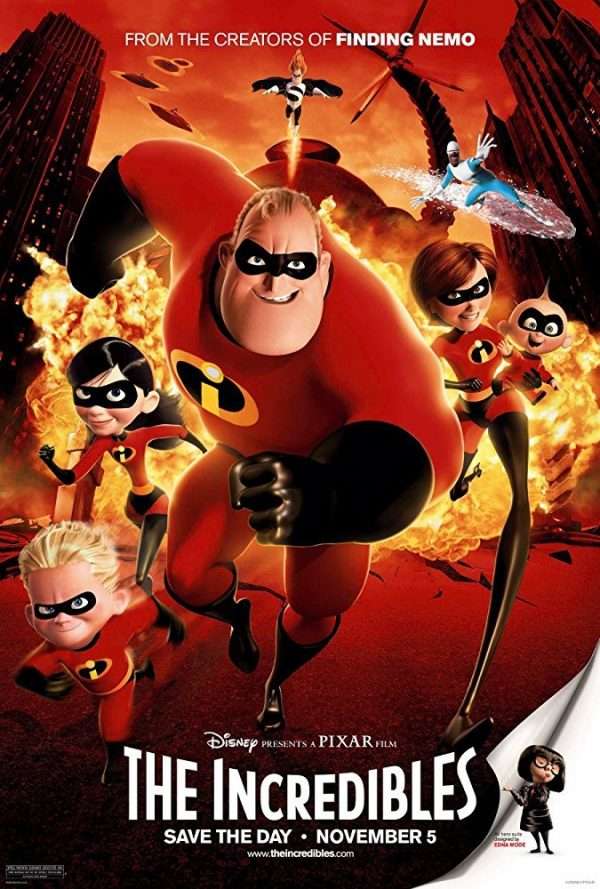 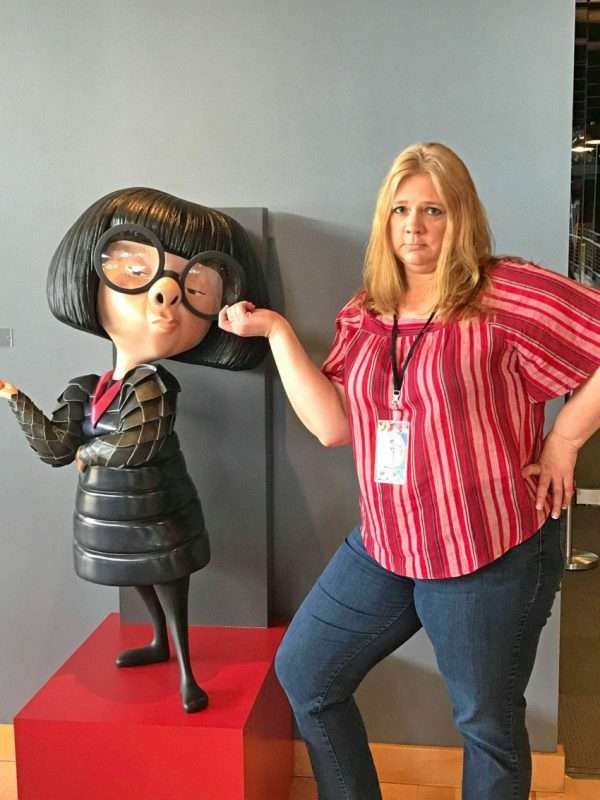 Edna is the ultimate free spirit. She knows exactly who she is, and she’s not backing down, darlings. Sure, she can fix your super suit or design you a brand new one, but what’s best about Edna is, she can fix your life with one of her quips.

That last one is one of my favorites, so I’ve made a free printable for you. Just click the link below the image to print an 8 x 11.5 on cardstock or photo paper and frame this. 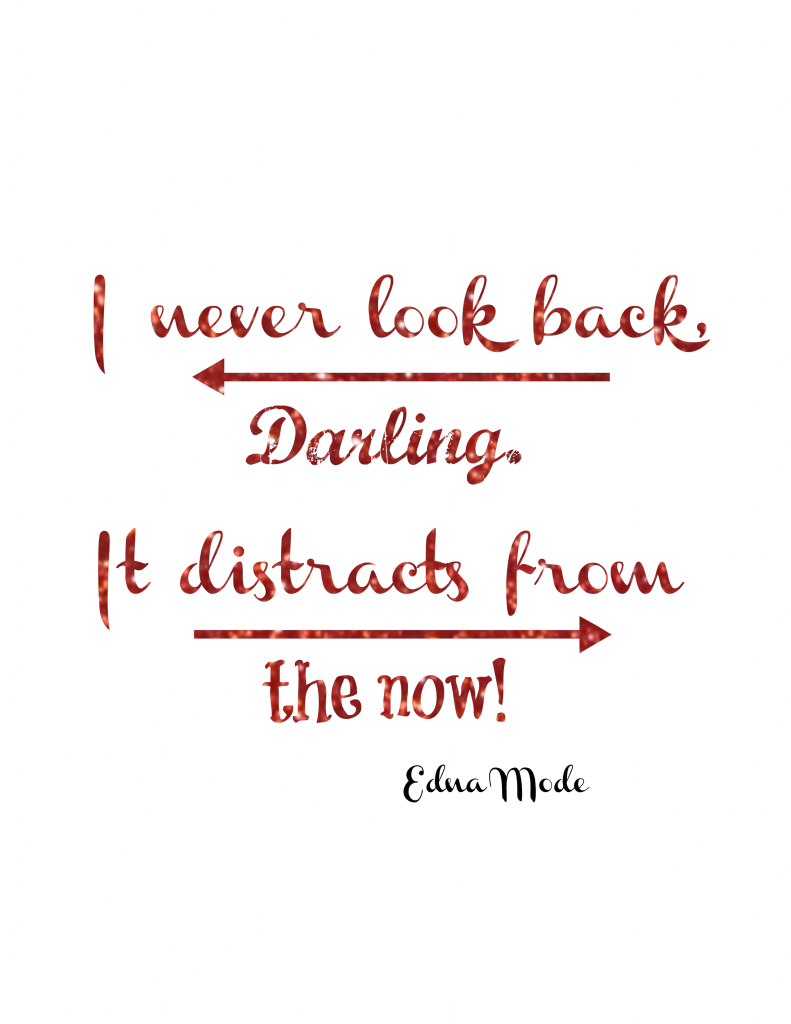 It is definitely hard to follow Edna’s advice sometimes, isn’t it? Sometimes we just wallow around in the past thinking about our mistakes and failures. It makes us miserable! Other times, we reminisce about past good times so much that we don’t appreciate what is going on now. Live in the moment like Edna does. Appreciate the now, and you’ll be lots happier! 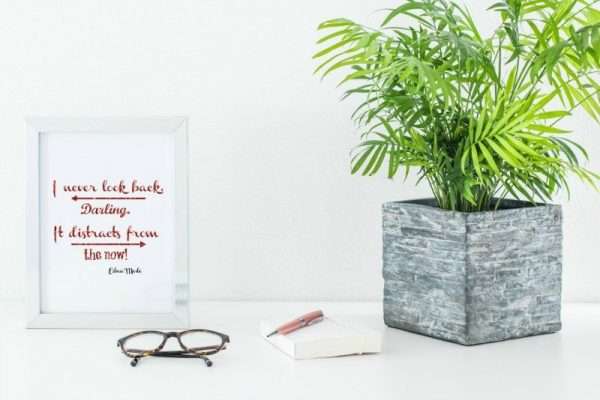 The Parr family and THE INCREDIBLES cast haven’t been left out of Pixar Fest! They’re on the orange monorail, have some cool topiaries and they’re getting a float soon after the release of INCREDIBLES 2. 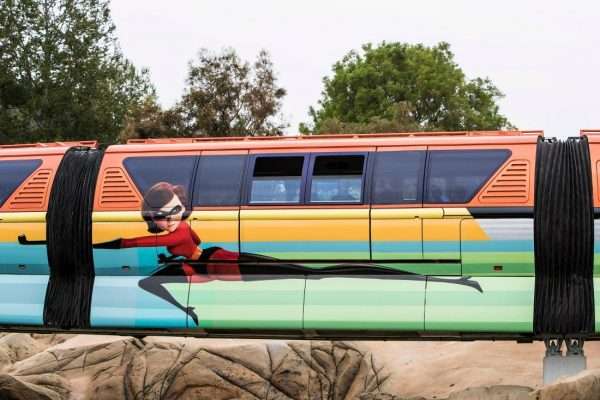 PIXAR FEST AT THE DISNEYLAND RESORT (ANAHEIM, Calif.) – The Disneyland Monorail orange train, inspired by Disney•Pixar’s “The Incredibles,” features Mr. Incredible, Mrs. Incredible, Violet, Dash and Jack-Jack on one side, while Frozone makes a cool splash on the other. (Joshua Sudock/Disneyland Resort) 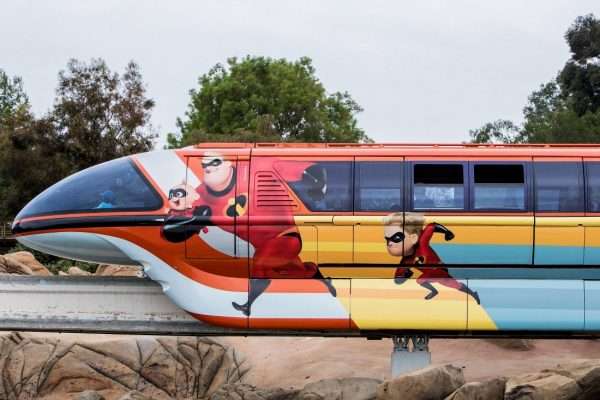 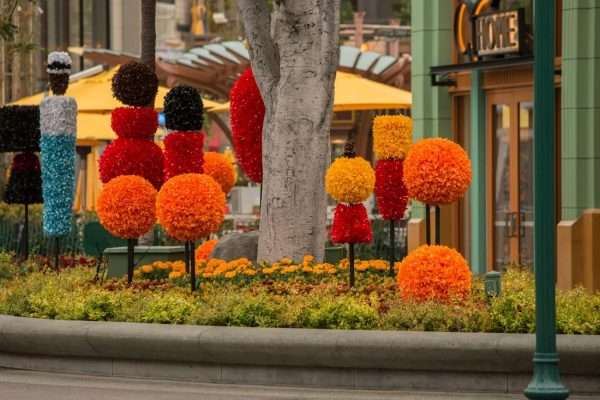 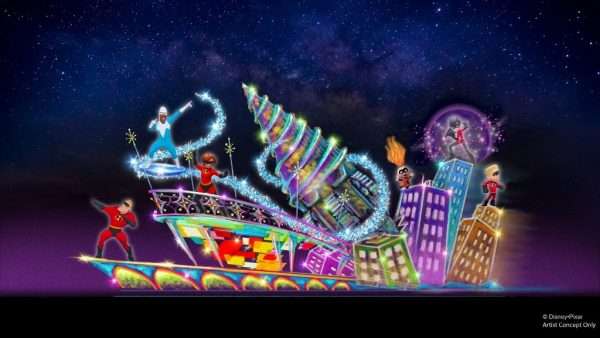 NEW INCREDIBLES-THEMED FLOAT FOR ‘PAINT THE NIGHT’ PARADE—This June, a new, high-energy Incredibles-themed float will add more Pixar fun to the electrifying “Paint the Night” parade at Disney California Adventure park. Mr. Incredible, Elastigirl and Frozone will showcase their superhero awesomeness as they take on their newest threat, the Underminer. Violet, Dash and Jack-Jack also showcase their unique powers in surprising new ways, as shown through dynamic and innovative visual technology. Like the other elements in this spectacular parade, this new float will come to life through a series of dazzling LED lights, new music elements and high-tech, pop-art effects inspired by the mid-century-modern style of the films. (Disney•Pixar/Disneyland Resort)

HE’S GOT THIS – Bob Parr aka Mr. Incredible attempts his most heroic feat yet: spearheading life at home with Violet, Dash and baby Jack-Jack, whose super powers are about to be discovered by his family. Disney•Pixar’s “Incredibles 2” busts into theaters on June 15, 2018. ©2018 Disney•Pixar. All Rights Reserved.

You’ve got a print to inspire you, so let’s keep the kids entertained too. I’ve got several coloring pages, a couple of recipes, a chore coupon book, and more. Check out these free printable pages below by clicking their links. 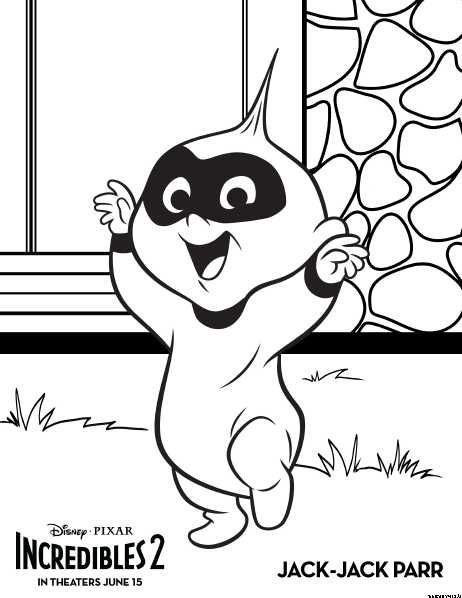 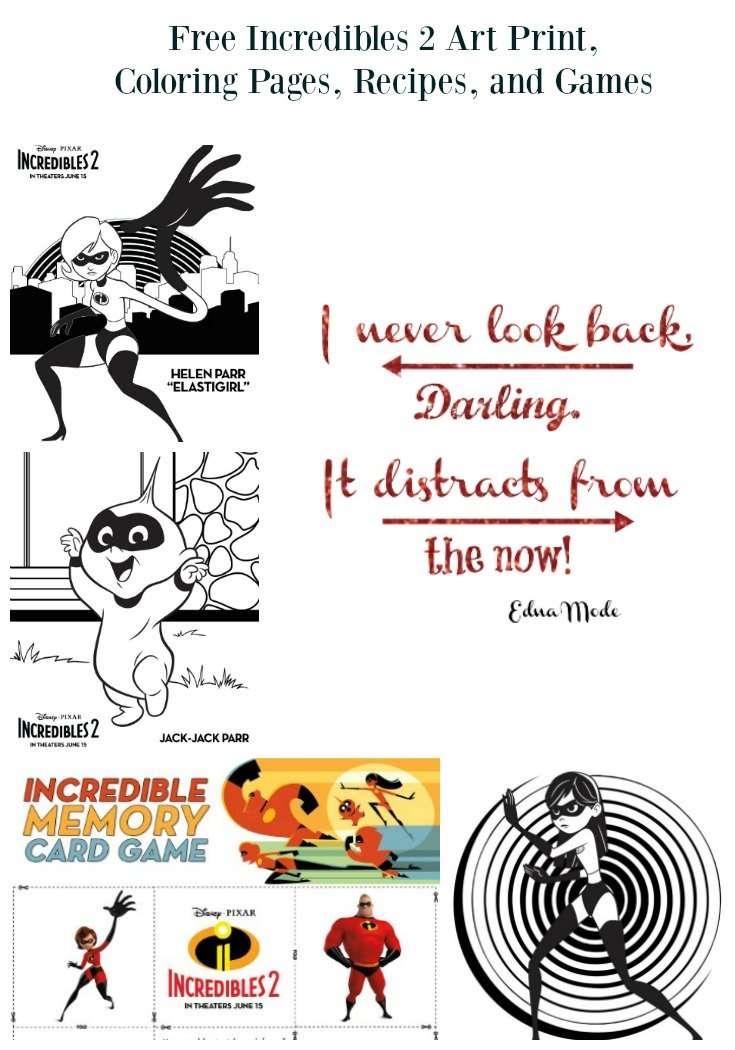 Thanks for sharing!
« Reasons Florida Should Be on Your Travel Bucket List
Exclusive Interview with Sarah Gilman | Daphne & Velma Original Movie #DaphneVelma »