You are here: Home / Entertainment / SPOILER FREE SOLO: A Star Wars Story Review Plus the New “Scoundrel” Featurette #HanSolo
Thanks for sharing!

Happy weekend, readers! Not only is it the weekend, but SOLO: A STAR WARS STORY is now officially in theaters. Ahhhh! I saw the movie last night with my mom and cousin, and it was amazing! However, I know that life happens and we all can’t see a movie on opening weekend, so I’ve put together this spoiler-free review for those of you who still have to see SOLO: A STAR WARS STORY (or those of you who need a little extra push to go see it. If you do need a little extra convincing, might I suggest my 5 reasons to see SOLO post?). I’ve got a spoiler post coming up next week, so be on the lookout for that one, too.

SOLO: A STAR WARS STORY takes audiences on a wild ride into the past of one of our favorite ruffians, Han Solo. Join our favorite scruffy-looking nerf herder as he journeys to become the best pilot in the galaxy and save the ones he loves. Watch as he gains new friends – and enemies – and learns the truth about who he really is, a truth that perhaps only new character Qi’Ra recognizes. LucasFilm Studios spins a tale that’s as fun and exciting as a ride on the Millennium Falcon and that will leave audiences anxious for the next installment in the Han Solo saga.

SOLO: A STAR WARS STORY is great! It is such a fun movie to watch. I am usually drawn to stories that have great characters. Although SOLO: A STAR WARS STORY has amazing characters (I mean, hello), I think this is one story that hooked me in based on the plot. It’s got adventure, comedy, romance. It has a hero’s (or perhaps anti-hero’s) journey, betrayals, and unpredictable plot twists. It’s a Star Wars movie, but perhaps it’s a different kind of Star Wars movie than we’re used to – though that hardly takes away from it’s enjoyment. 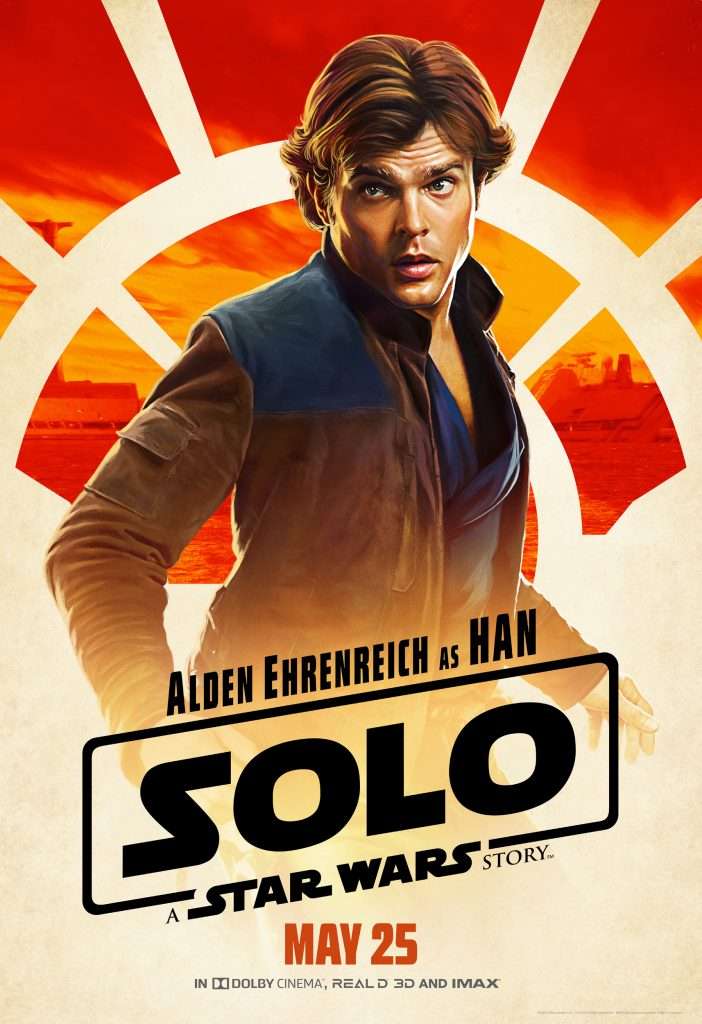 I know there are a lot of people worried about Alden Ehrenreich playing our beloved scoundrel Han Solo. Let me take a moment to address this.

Alden Ehrenreich is playing a younger version of Han Solo. People – real and fictional alike – change and evolve. I bet you are different than who you were ten years ago, just as I am different than who I was ten years ago. It’s the same character, but a different version. Alden’s Han Solo is more immature, less hardened, and perhaps a bit more free-spirited and, dare I say, hopeful than Harrison Ford’s Han Solo. Despite these differences, it’s the same Han Solo. I can easily imagine this younger version of Han Solo. And I’m saddened by what must happen in the next ten years to transform him into the Han Solo we know from the original trilogy.

If you need a little extra encouragement, just remember that Harrison Ford mentored Alden Ehrenreich a bit in terms of taking on the Han Solo mantle.

In honor of the SOLO release, a new featurette has been released. Check out the “Scoundrel” featurette below, which gives a taste of the characters you’ll encounter and the story you’ll witness when you go to see SOLO: A STAR WARS STORY.

Don’t forget to keep a look out for my spoiler post, coming out early next week. Let me know what you think of the movie!

Join the crew. SOLO: A STAR WARS STORY is in theaters now. Get your tickets at Fandango.com. 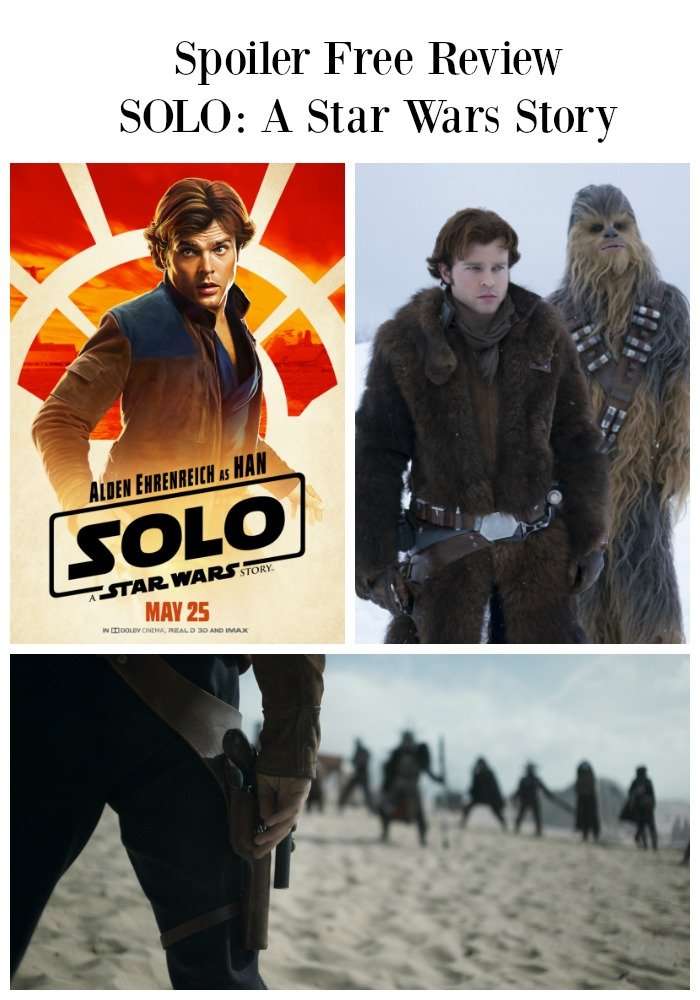 
Thanks for sharing!
« Get Rid of Household Pests With These Simple Tips
5 Reasons to See Christopher Robin | New Trailer and Poster #ChristopherRobin »