Disclosure: I attended an all expenses paid trip to Pixar. All opinions are mine. 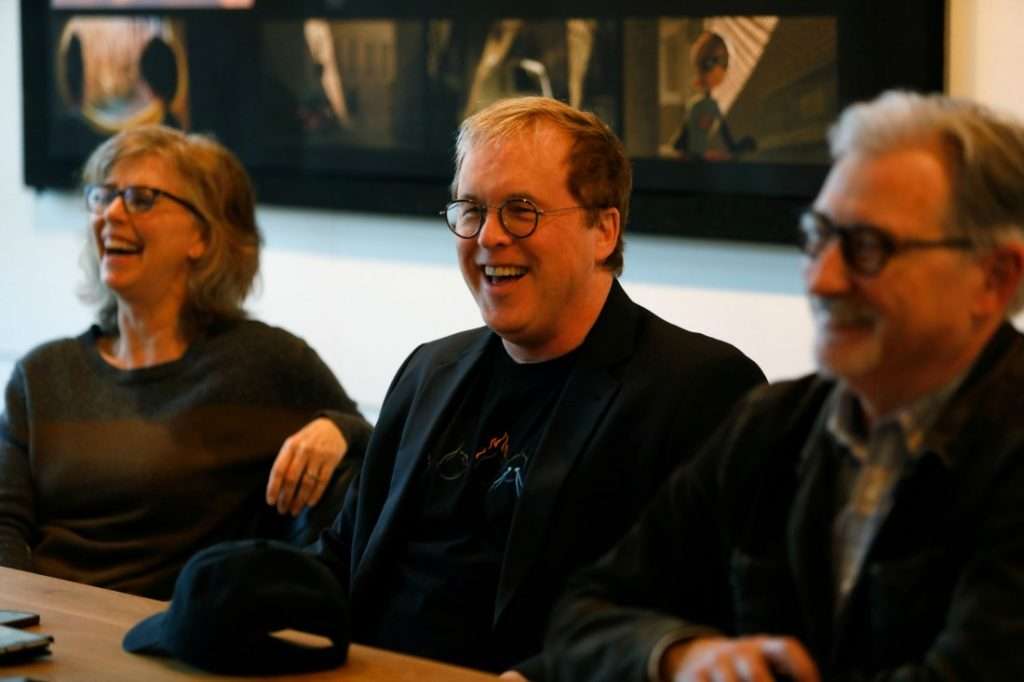 Take a look. Do you see the smiles on these faces? Talking to Nicole Grindle, Brad Bird, and John Walker, you’d never know that they were under any amount of pressure. But when we sat down to interview them, they were 3 &1/2 weeks from the INCREDIBLES 2 deadline! I don’t know about you, but if I were that close to a major Pixar film coming out, I’d be a little frazzled. You know what that tells me about these three? They are incredibly talented as well as confident in the team making INCREDIBLES 2.

Going from one to two

I know it seems impossible, but it’s been 14 years since THE INCREDIBLES burst into our lives.

Director Brad Bird said it was as “easy as pie” to get back into the INCREDIBLES characters. The characters and the INCREDIBLES movies are very personal to him, and the characters are always with him. Bird says the movies have all of the things he loved at ten (and still loves!) combined with the family he grew up with and his family now, 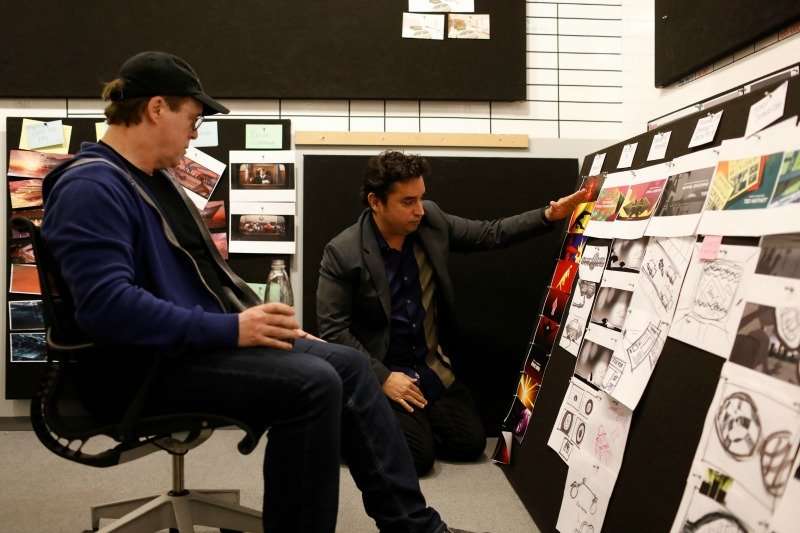 An evolving and ever changing plot 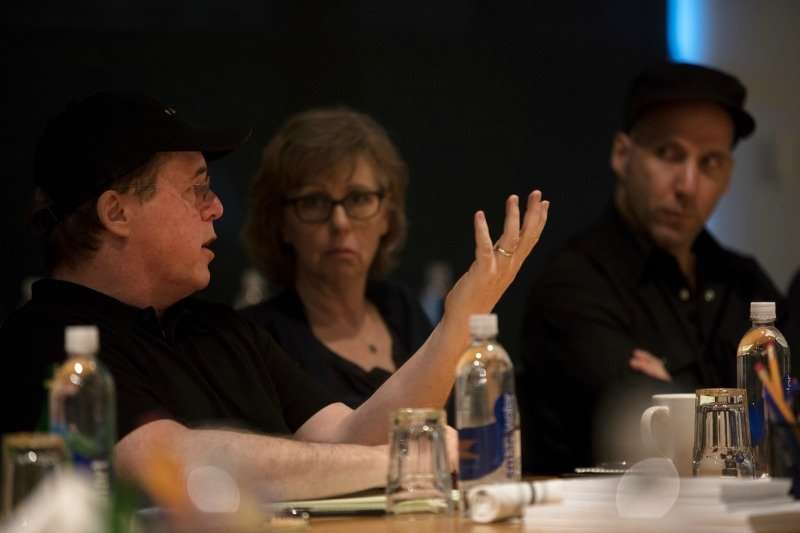 An Incredibles 2 brain trust meeting, including Brad Bird, Nicole Grindle and Michael Arndt, is held after the latest screening of the film on May 4, 2017 at Pixar Animation Studios in Emeryville, Calif. (Photo by Deborah Coleman / Pixar)

One of the questions asked was how the story had changed over the years. At the end of THE INCREDIBLES, the central idea Brad Bird had was the role switch between Helen and Bob and the fact that the family didn’t know about Jack-Jack’s powers. Those were things that were always going to be included in INCREDIBLES 2.

What changed throughout the filmmaking process was the superhero plot. Bird said that it changed radically because of time constraints. If something didn’t pay off right away, they had to abandon it. When something worked well, they went with it right away.

Speaking of things working well right away, Producer John Walker was quick to point out that the “thing that changed the most from the first to the second film here was (people talk about the technology, and the technology’s definitely improved and that makes a big difference) the level of artistry and competence of the people that work here (at Pixar) is just off the charts. I mean it’s stunning to watch. It’s completely different from when we were here before.” 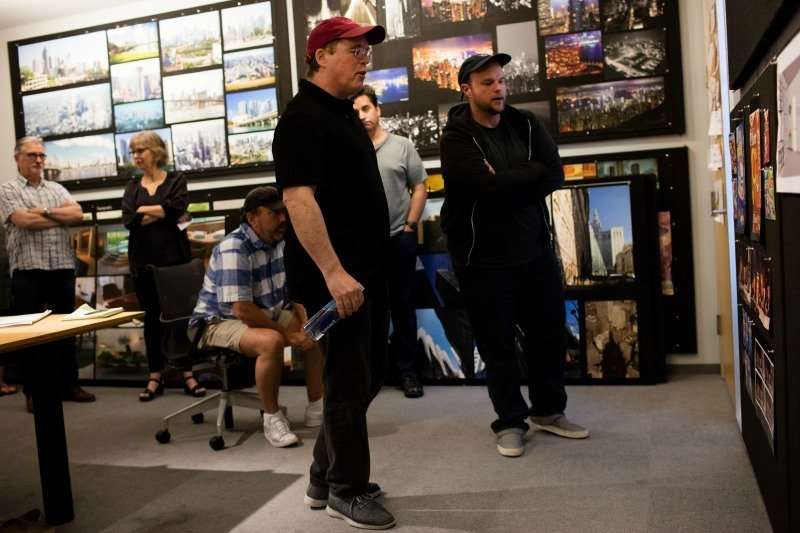 Walker went on to say, “…it used to be that an animator would bring something in, and Brad would have notes. They’d go back and attempt to address those notes. They’d come back. If it wasn’t quite there, they’d go off again and come back and go off and come back. It was this circular process. This time it’s just like the stuff just comes in the first time and that’s great. Whatever notes he has, they’re hit  right away. And that’s stunning.”

A superhero film vs. a family film

As we all know, there are a lot more superhero films now than there were in 2004, so one of the questions asked was how the fact that there are so many now affected the story development of INCREDIBLES 2. Brad Bird was quick to quip, “…every six inches there’s a superhero. If you throw a rock, you’ll hit a superhero, who will punch you in return.”

In all seriousness, he said that it’s much harder to do a unique superhero story now. But that’s the great thing about these two movies. They are films about a family who happen to have superhero powers. Those powers are based on iconic roles of men, women, and children in a family.

Bird explains it this way: “You know, the dad is always expected to be strong. The mom is always stretched in a million directions. Teenagers are defensive and insecure. So, she has force fields and invisibility. Ten-year-olds are energy balls that can’t not be on. They’re either on eleven or off. And babies are unknowns. They could have no powers at all, or they could be the next leader of the free world. Where they were in the family was how we chose their powers.” 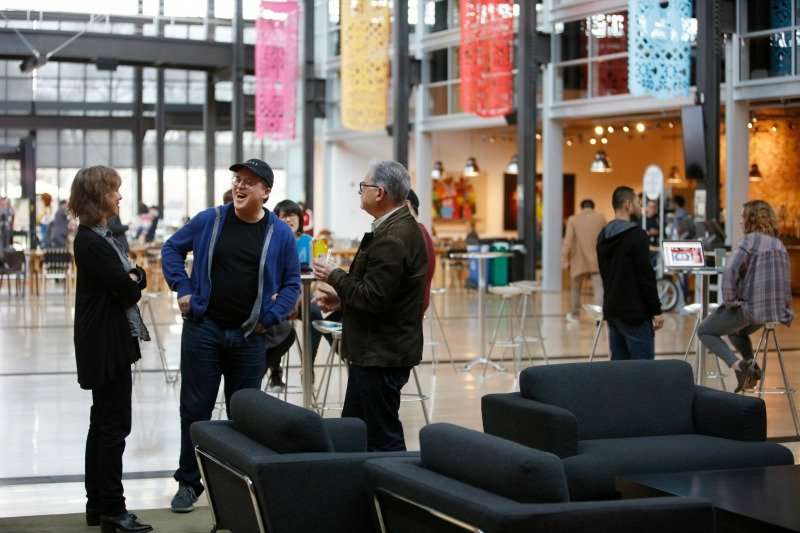 These three were so much fun to talk with. I love how much credit they give each other as well as the credit they give to the artists and actors in INCREDIBLES 2. They are humble and down-to-earth. I think that’s got to be part of what makes these movies work so well. Giving credit where credit is due and treating each employee with respect…treating each other like family…makes a huge difference. When you love what you do and are appreciated for what you do, you can shine. And shine they do!

Keep following #Incredibles2Event! 25 bloggers are heading to LA June 5-7 to interview actors and attend a screening for INCREDIBLES 2! I can’t wait to follow along, and I definitely can’t wait for June 15 when I get to see this movie! 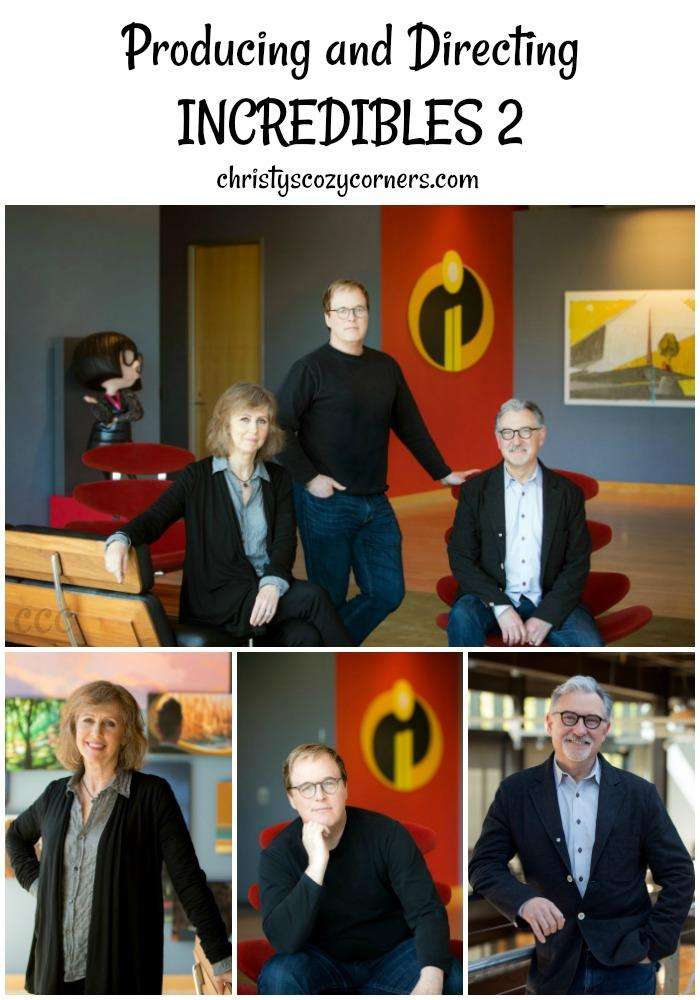 Get your tickets from Fandango now!

My Visit To Pixar Animation Studios