You are here: Home / Books / The Blood Race Series by K. A. Emmons | A Wrinkle in Time Meets The Giver
Thanks for sharing! 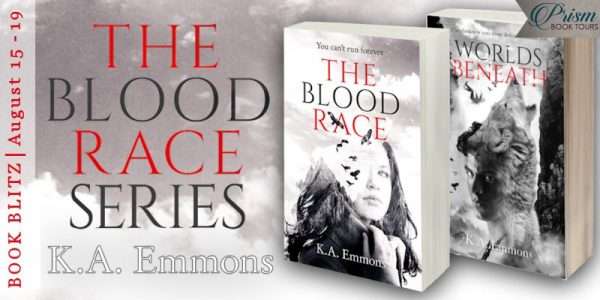 by K.A. Emmons
Check out snippets from the month-long tour and enter the giveaway below 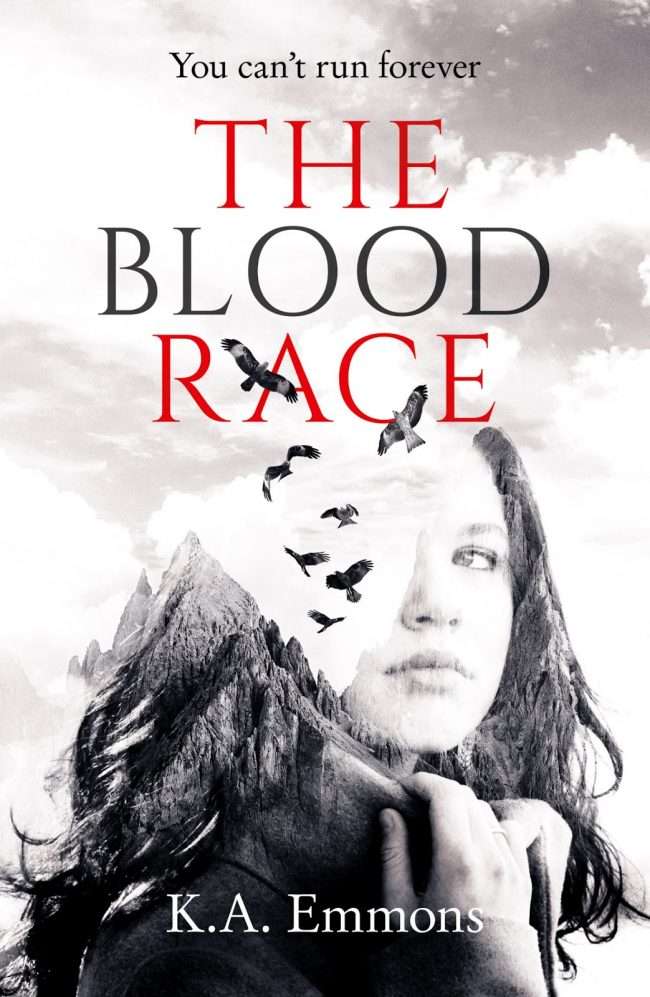 All Ion Jacobs ever wanted was to be normal. But when you’re capable of killing with your very thoughts, it’s hard to blend in with the crowd.

Running from his past and living in fear of being discovered, Ion knows he will never be an average college student. But when Hawk, the beautiful, mysterious girl next door unearths his darkest secret, Ion’s life is flipped upside-down. He’s shocked to discover a whole world of people just like him — a world in another dimension, where things like levitation, shape-shifting, and immortality are not only possible… they’re normal.

Forced to keep more secrets than ever before, Ion struggles to control his powers in the real world while commuting between realms — until his arch enemy starts a fight he can’t escape. Now he has sealed the fate of the Dimension, severing their connection to the real world, and locking himself inside forever. But a deadly threat hidden in plain sight may cost Ion more than just his freedom — it may cost him his life.

The Blood Race is the first book in K.A. Emmons’ riveting new sci-fi/fantasy thriller series. If you like epic urban fantasy, fresh takes on super powers, deep allegories, raw emotions and intricate plots that surprise you at every turn, you’ll love the first novel in Emmons’ page-turning series. Grab your copy of The Blood Race and delve into a new dimension today! 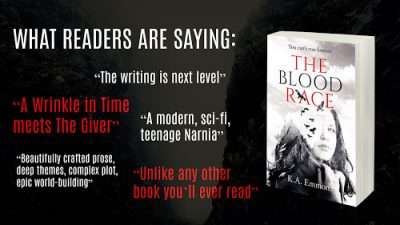 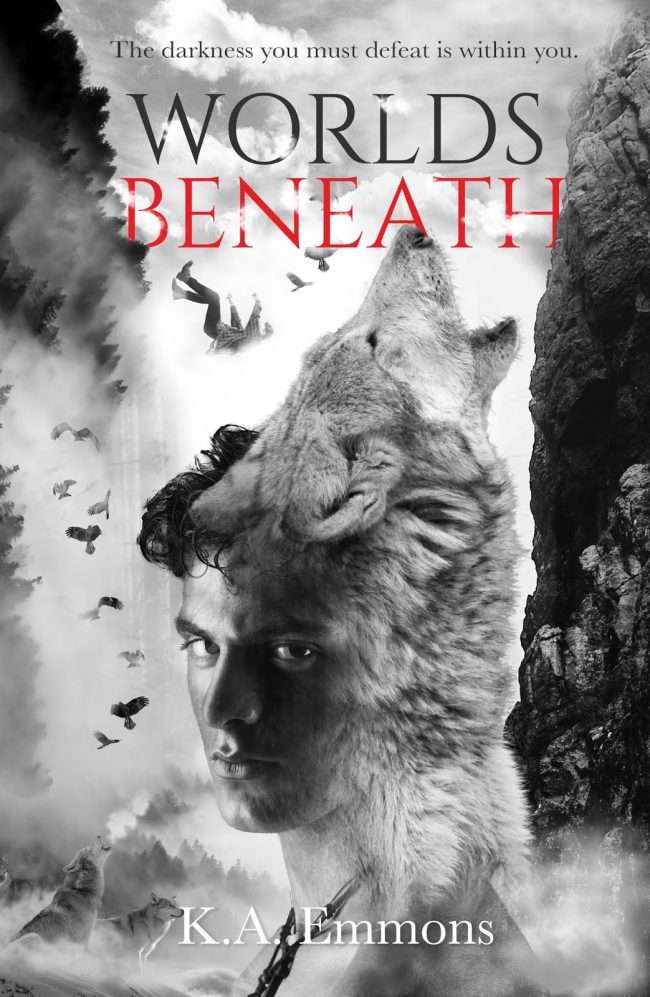 By K.A. Emmons
YA SciFi, Fantasy
Paperback & ebook, 333 Pages
July 1st 2018
I used to think that seeing was believing, but now, as I struggle to stay alive below the ravine, I begin to realize that – good or bad – I will see whatever I believe.
“Who are you, Icarus, that the earth opens its mouth to receive your blood?” Sensei’s words were my last thoughts before I fell into the bottomless ravine, plunging toward my own death, and bringing about Hawk’s at the same time. Or so I thought.
I woke up underwater. I awoke in a strange and unfamiliar world, filled with maze-like forest, shadows, and nightmares seemingly as vivid and dangerous as reality. And I had no idea who I was, or how I got there – I couldn’t remember anything, until I remembered her: Hawk. The other half of my soul.
I knew that in order for her to stay alive, I had to survive and find a way out. But that’s easier said than done when you’re trapped in a realm as deadly as your every thought – and dominated by a hierarchy of ravenous wolf packs.
Alerted by a dream, I realize that Hawk has left the Dimension to come find me. For an instant, I rediscover hope. But that hope quickly burns to ash when I realize that we may not be the only ones down here. Someone else with a thirst for her blood may have survived the fall too. And I may have just lured her right into the jaws of a predator even fiercer than the wolves.
Goodreads│Amazon

If the characters of The Blood Race trilogy could jump into any other fictional world, where would they go?

Oh, hands down Narnia. Because that’s where I’m trying to “jump into” every day of the week, yo. I’m still checking those closets.

#5 JUST DO IT. so many of us spend a heck of a lot of time, debating about whether we should write a book, thinking about how we would write it, wondering if we’re good enough, or psychoanalyzing every single detail. 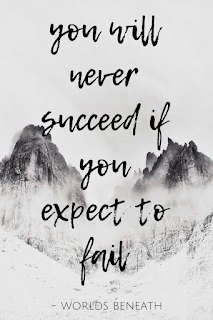 July 3: Book Review of World’s Beneath on Stories and Soulspeak

“Worlds Beneath is a captivating novel that pulls the reader in from the first page.”

CAN I JUST GUSH ABOUT THIS GORGEOUS COVER??? I MEAN. LOOK AT IT.

You also mention on your website that you like to surf and hike. What are some of your favorite…hiking places?

For hiking, the desert is one of my favorites – polar opposite of surfing in every way, ironically! Particularly Badlands National park, and Moab, Utah. Yellowstone and the Grand Tetons also has my heart though. There’s so many incredible spots to hike in the western United States!

July 7: Book Review of World’s Beneath at Inkwell

The symbolism is so beautiful. Guys, this is the beyond amazing part of the series – THE SYMBOLISM. The allegory, if you will. In my humble opinion, it was worthy of C. S. Lewis and Ted Dekker, and omw I cannot praise anything higher than that. *nods* 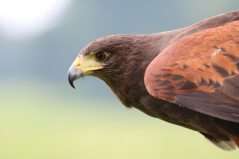 July 9: Book Review of World’s Beneath at Paper Pizza

“What made the second installment in The Blood Race series so incredibly amazing was THE CHARACTERS.”

Kate: “…we are NOT the things that have happened to us. We are not our pasts. Letting go is hard, but one of the most important things you will ever do.”

Is there anything you can say about the upcoming books to get readers excited for the series?
Well, I just finished book 3, the final book in The Blood Race trilogy over the winter. You’ll be seeing some fresh faces, and there’s some new flavors and threads that I’m pretty excited to serve up. Expect a really cool location and a heck of a lot of action. I can’t WAIT to share the third and final book with you guys!

Each time I sit down at the desk in the morning with my cup of coffee, I don’t have a map or a plan, or a binder full of notes…

July 15: Book Review of World’s Beneath at Totally Graced

“The ending, in typical Kate style, KILLED ME, and I am already counting down the days until Book 3 comes into the world.”

July 16: Book Review of The Blood Race at The Red-Hooded Writer

“It’s deep. It’s full of powerful themes, breathtakingly complex characters, and intense twists and turns that had me on the edge of my seat. If you want something emotional, gritty, fantastical, fast-paced, and theme-focused, I highly recommend The Blood Race!”

Be the lighthouse on the cold and craggy isle, flickering vanilla beams into the billows of the storm.

July 18: Author Interview at Writings From a God Girl

1. When did you start writing with the hope of becoming an author?

I’ve always written, ever since I was a little kid (even though that’s such a bleh response from cliche-ville, BUT it is a true reponse) I don’t think I thought much about being a published author back then though, I was too busy scribbling stories and getting ink on my fingers.

I started thinking about publishing as a young teenager, because by that point I knew 100% and beyond that writing and sharing stories was my joy and that I needed to do it forever.

July 20: Review of World’s Beneath at Rock and Minerals for Him

“Kate has a way with describing scenes that makes one feel like they’re in it without being too wordy.”

Write about the things that make your soul hum.

July 23: Book Review of World’s Beneath on PoeTree

“The plot is brilliantly woven and full of vibrant, real characters with wonderful depth and raw emotion. Amid the tense action, thought-provoking dialogue and text often had me slowing down to savor the book.”

July 25: Guest Post at Musings of a Creative Spirit

The sheer joy I get when I sit down in the morning with a cup of coffee to write is immeasurable. And that’s my favorite part of writing.

My writing zone at the moment is being lost in my head in my cozy, colorfully painted office, with coffee and a soundtrack of Vermont rainfall pattering against my window.

July 28: Book Review of The Blood Race at The Calico Books

“There were so many unique and such fierce characters. I especially loved Icarus, Hawk, and Fin. They had so much depth! I loved watching the growth and maturity that happens in this novel…”

July 29: Book Review of The Blood Race on Novels, Dragons, and Wardrobe Doors

“The character development, the fascinating originality of the Dimension, the Christian allegory woven through, it was really good.”

July 31: Book Review of The Blood Race and Author Interview at Oh So Priceless

“The concept is completely original and you’re immediately drawn in and enthralled by the story. I started reading it and I just could not put it down!” 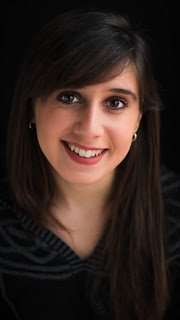 When she’s not hermiting away in her colorfully-painted home office writing her next science fiction, passionate story-teller and adventurer Kate Emmons is probably on the road for a surf or hiking trip, listening to vinyls, or going for a power run. Emmons’ debut novel The Blood Race is the first book in her YA science fiction/fantasy thriller series. Get connected with Kate on your favorite social platform, and be sure to check out http://kaemmons.com/.
Website│Goodreads│Facebook

Thanks for sharing!
« Have Fun with a Printable Cars 3 Word Search for Pixar Fest
Creamy Chicken and Noodles Pressure Cooker Recipe »