You are here: Home / Entertainment / Have an Incredibles 2 Game Night with Games and the #Incredibles2BluRay
Thanks for sharing!

If you follow my blog, you’ll remember that I went to the Pixar Animation Studios in April. The trip was part of the INCREDIBLES 2 promotion. I learned so much about what goes into making a Pixar movie. The experience gave me such an appreciation for the hard work these animators do to entertain us. Now you can have an Incredibles 2 game night with these games and free paper foldables!

I’ve loved the Parr family since THE INCREDIBLES was first released. Now, many years later, you can bring home the second movie featuring this “incredible” family! INCREDIBLES 2 is available on digital and Blu-ray 4K Ultra HD,™ Blu-ray,™ DVD and On-Demand. 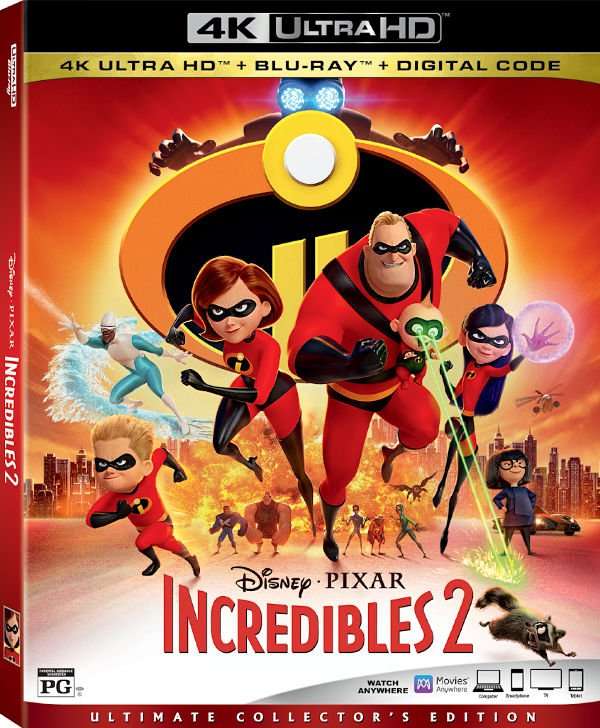 Disclosure: I received the following products free to facilitate this post. All opinions are my own.

In INCREDIBLES 2, Helen is called on to lead a campaign to bring Supers back. Bob navigates the day-to-day heroics of “normal” life at home with Violet, Dash and baby Jack-Jack. Jack-Jack’s super powers are about to be discovered. Their mission is derailed, however, when a new villain emerges with a brilliant and dangerous plot that threatens everything. But the Parrs don’t shy away from a challenge, especially with Frozone by their side. That’s what makes this family so incredible.

From buildings and vehicles to costumes and props, every action movie requires a lot of really cool stuff. Meet the makers and learn what it takes to design and build such a uniquely incredible world.

A collection of mini-docs about the backstory and major design ideas behind the “Incredibles 2” characters — featuring voice actors, director Brad Bird, and Pixar artists talking about the many elements that make these characters feel real.

This short piece explores the many ways a single production designer has influenced the look, feel and character of the Pixar universe, culminating in “Incredibles 2.”

At its heart, “Incredibles 2” is about family dynamics and the challenges of being a working parent. Meet the parents of Pixar as they discuss their personal connections to the film. They chat about their experience with stretching to balance work and family.

A documentary/hip hop music video hybrid hosted by Frankie and Paige from Disney Channel’s Bizaardvark. This piece explores how Jack-Jack came to life onscreen — from design to special effects to animation — all set to a hot beat. 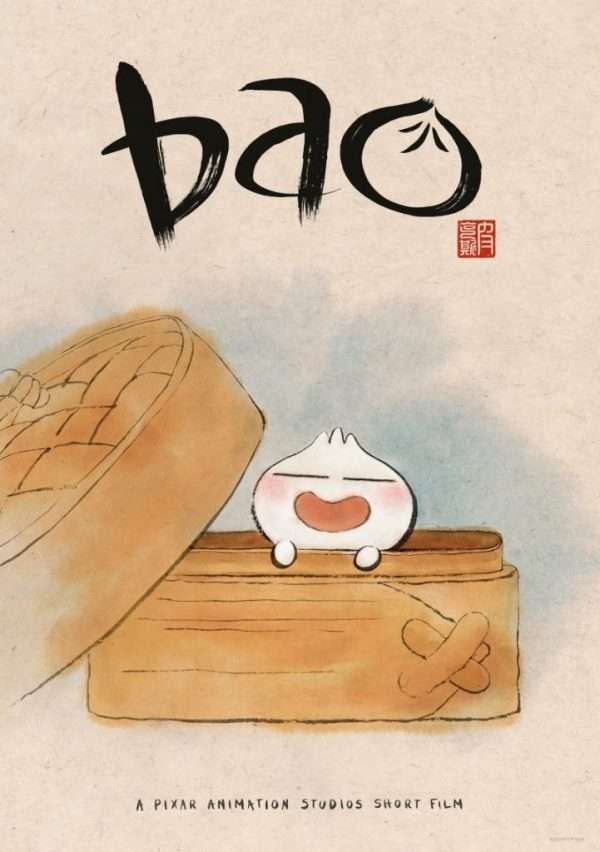 An aging Chinese mom suffering from empty nest syndrome gets another chance at motherhood when one of her dumplings springs to life as a lively, giggly dumpling boy.

Director Domee Shi shares her secret recipe for making an animated short . She discusses how her rich cultural heritage, unique relationship with her mom, and her love of food all informed the making of the food-fantasy “Bao.” I adored hearing Domee Shi’s story during my visit! Be sure you watch!

Make it an Incredibles 2 game night 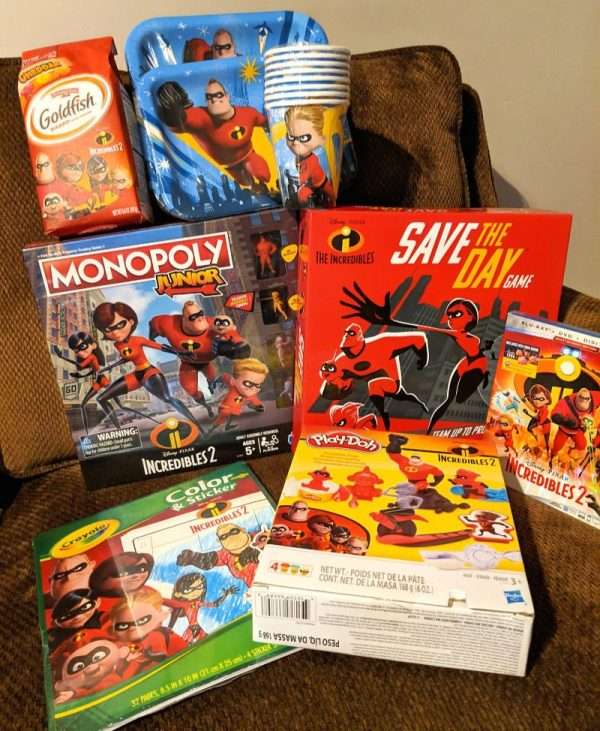 Sometimes just feel up to watching a movie with the family. But other nights, you want a little more excitement. That’s where these games and toys come in! 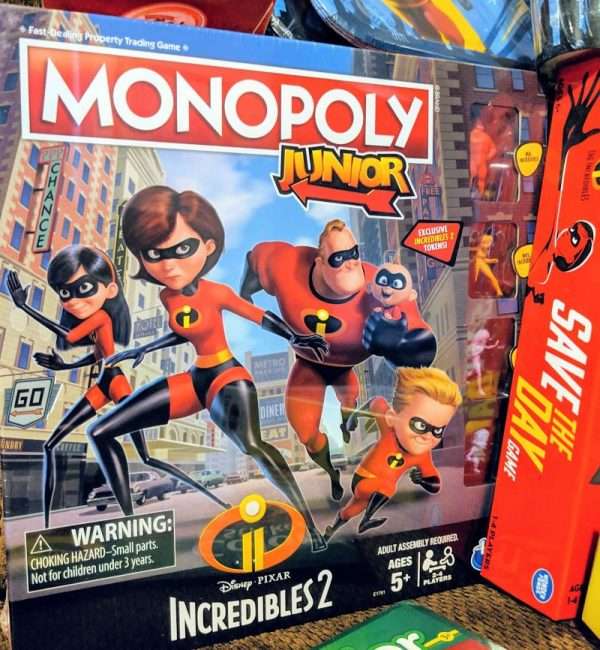 Incredibles 2 Save the Day Game 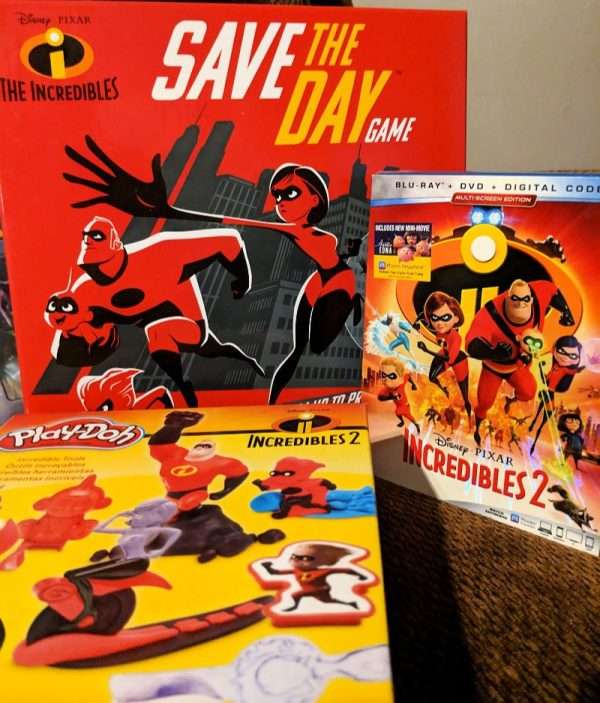 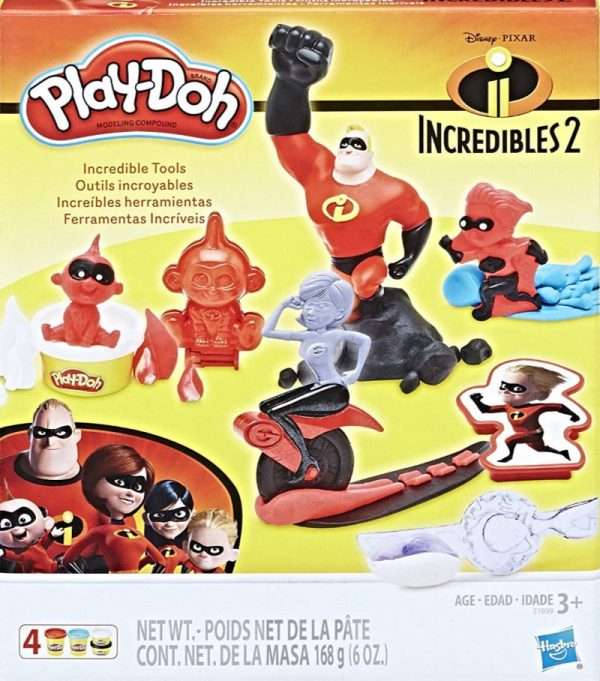 Find them at Party City 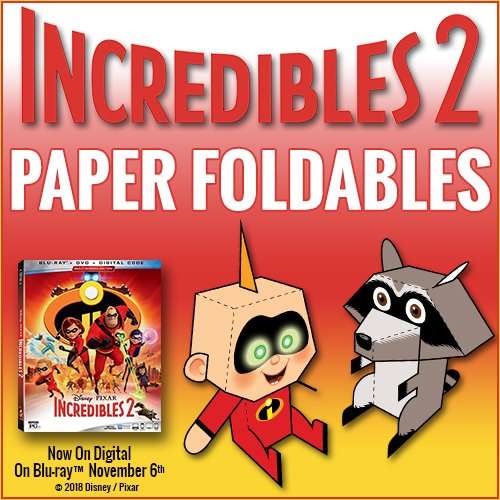 Remember when you saw INCREDIBLES 2 & thought to yourself, “I wish I had my very own Jack-Jack and Racoon!” Well, you’re in luck! Check out these amazing Paper Foldables. Print ’em out, cut ’em out, & fold ’em up… Instant Jack-Jack Attack! Download them below!

Don’t forget to get these FREE printable coloring pages and activities too!

Thanks for sharing!
« Butterbeer Maple Pecan Bread Pudding | Fantastic Beasts and Where To Find Them and a Harry Potter Game
Watch It’s Christmas, Eve | Hallmark Channel Countdown to Christmas »