You are here: Home / Books / Once Upon a River by Diane Setterfield Book Review
Thanks for sharing! 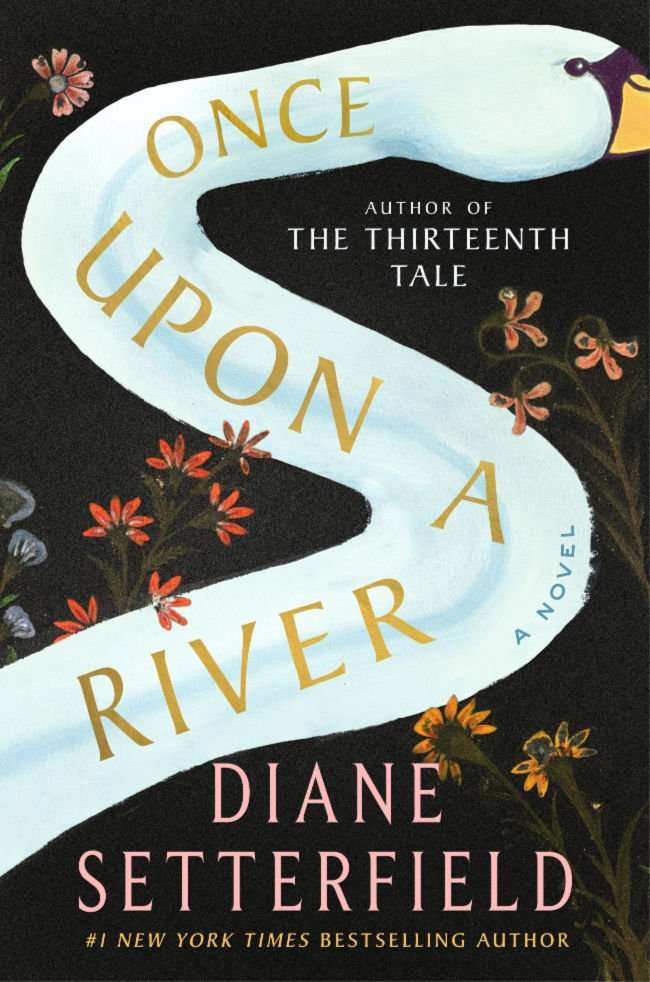 Once Upon a River

On a dark midwinter’s night in an ancient inn on the river Thames, an extraordinary event takes place. The regulars are telling stories to while away the dark hours, when the door bursts open on a grievously wounded stranger. In his arms is the lifeless body of a small child. Hours later, the girl stirs, takes a breath and returns to life. Is it a miracle? Is it magic? Or can science provide an explanation? These questions have many answers, some of them quite dark indeed.

Those who dwell on the river bank apply all their ingenuity to solving the puzzle of the girl who died and lived again, yet as the days pass the mystery only deepens. The child herself is mute and unable to answer the essential questions: Who is she? Where did she come from? And to whom does she belong? But answers proliferate nonetheless.

Three families are keen to claim her. A wealthy young mother knows the girl is her kidnapped daughter, missing for two years. A farming family reeling from the discovery of their son’s secret liaison, stand ready to welcome their granddaughter. The parson’s housekeeper, humble and isolated, sees in the child the image of her younger sister.

But the return of a lost child is not without complications and no matter how heartbreaking the past losses, no matter how precious the child herself, this girl cannot be everyone’s. Each family has mysteries of its own, and many secrets must be revealed before the girl’s identity can be known.

My Review of Once Upon a River

Doesn’t just reading the description of Once Upon a River give you chills? It did me! I knew this would be a book that would keep me up all night.

When Diane Setterfield’s The Thirteenth Tale came out, I was mesmerized by it. I wanted another book from her immediately. Time passed and everytime I cleaned off my shelves, that book never got tossed into the giveaway pile. It’s still on my shelves.

When I read the description of Once Upon a River, I knew I had to read it! I devoured this book. It took me maybe 2 days to read it. I just couldn’t stop reading. This tale sucks you in until you’re drowning in the story. I am still in awe of Setterfield’s talent for weaving an amazing tale. Though there are a lot of characters, they are all very well written. There isn’t one unnecessary character added to the book, and none of them feel flat.

There is a depth to this story that I can’t even begin to explain. It is dark and magical…like a gothic tale in a way. Yet it is unlike any other story I’ve read…just like it was when I read The Thirteenth Tale. Setterfield’s writing is so imaginative, and I just wanted this book to go on and on. Trust me. Read it! You’ll see exactly what I mean.

I highly recommend Once Upon a River!

Diane Setterfield is a British author. Her debut novel, The Thirteenth Tale (2006) was published in 38 countries worldwide and has sold more than three million copies. It was number one in the New York Times hardback fiction list for three weeks and is enjoyed as much for being ‘a love letter to reading’ as for its mystery and style.

Her second novel is Bellman & Black (2013), an unusual genre-defying meditation on workaholism, Victorian mourning ritual and rooks, and her third, Once Upon a River, will be published in early 2019.

Diane was born in rural Berkshire, and she spent most of her childhood in the village of Theale. After schooldays at Theale Green, Diane studied French Literature at the University of Bristol. Her PhD was on autobiographical structures in André Gide’s early fiction.

She taught English at the Institut Universitaire de Technologie and the Ecole nationale supérieure de Chimie, both in Mulhouse, France, and later lectured in French in the UK. She left academia in the late 1990s to pursue writing.

The Thirteenth Tale was acquired by Heyday Films and adapted for television by the award-winning playwright and scriptwriter, Christopher Hampton. Starring Vanessa Redgrave and Olivia Colman, it was filmed in North Yorkshire and broadcast by BBC2 in 2013.

Diane now lives in Oxford by the Thames. When not writing she reads widely, and when not actually reading she is usually talking or thinking about reading. She is, she says, ‘a reader first, a writer second.’