You are here: Home / Entertainment / Bring Venom Home on Digital and Blu-Ray 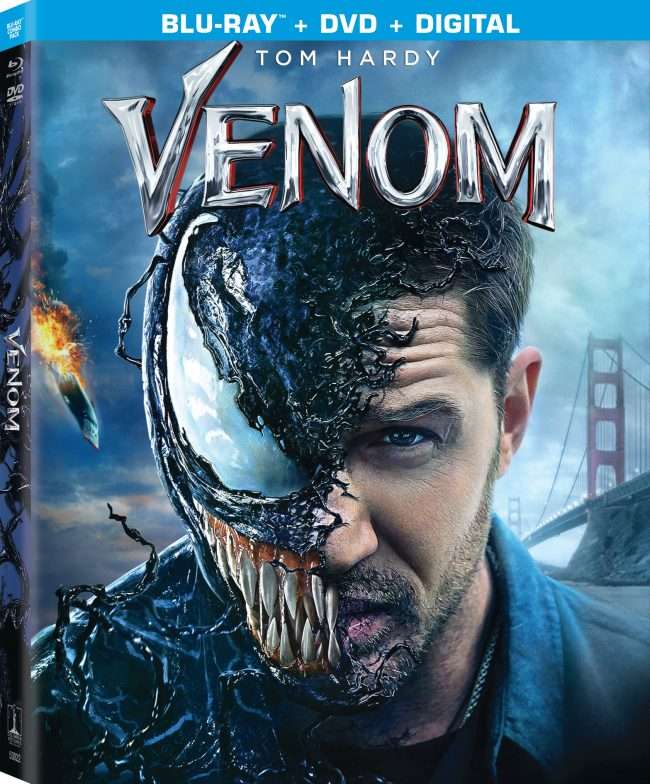 VENOM tells the evolution story of Marvel’s most enigmatic, complex and badass character Venom! Eddie Brock (Tom Hardy) is a broken man after he loses everything including his job and fiancée. Just when his life is at its lowest, he becomes host to an alien symbiote which results in extraordinary superpowers – transforming him into Venom. Will these powers be enough for this new lethal protector to defeat great evil forces, especially against the far stronger and more weaponized symbiote rival, Riot?

Make your own monster!

This holiday, make your own monster with this incredible DIY Venom Paper Foldable! Click the image to download it and start building!

If you’re a regular visitor to my blog, you know how much I love Marvel movies. The highlight of my blogging career was when I was able to attend a Marvel movie world premiere: THOR: RAGNAROK. Now I know you might be thinking, umm, that’s Disney Marvel and this is Sony Marvel. Who cares! Marvel is Marvel, and I loved VENOM!

It’s got that classic Marvel humor with tons of action and amazing characters. The story begins with Eddie Brock, former investigative reporter, getting the lead of a lifetime, but he gets it in an unethical way. This ruins his relationship, and the lead causes him to lose his job. It turns out, he was right about the lead, and when one of the scientists tries to help him get the evidence he needs, he gets the alien symbiote instead!

That’s all I’m going to tell you because I don’t want to spoil all the fun you’ll have watching VENOM yourself! As with all Marvel movies, make sure you watch the whole thing through the credits. There is a mid-credit scene you’re not going to want to miss, and the end has a peek at INTO THE SPIDER-VERSE (which is out now!)

The film has a run time of approximately 112 minutes. It is rated PG-13 for intense sequences of sci-fi violence and action, and for language.

Did you miss the Rom-Com trailer for the Blu-Ray/Digital release?

Thanks for sharing!
« A Snow Globe Christmas by Hayley Wescott
The Songs That Brought Me Back by Mylissa Demeyere »