You are here: Home / Books / Reconciliation and Forgiveness | Daughters of Northern Shores by Joanne Bischof
Thanks for sharing!

Daughters of Northern Shores by Joanne Bischof is a story of reconciliation and forgiveness. Follow the tour below and read reviews, excerpts and guest posts from the author. I guarantee that if you love historical fiction, you’ll love Joanne Bischof books. 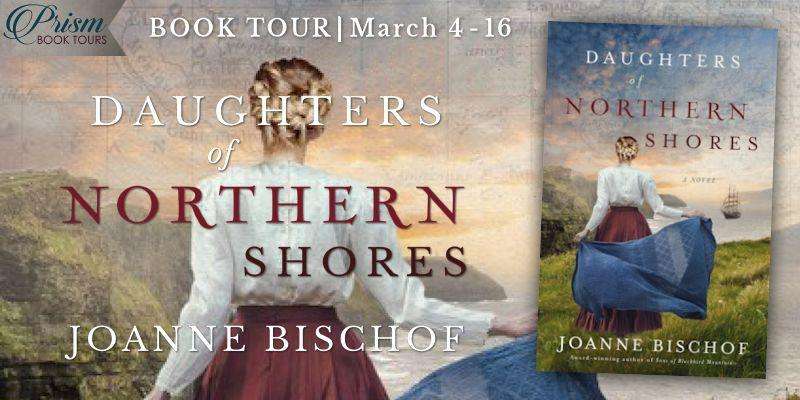 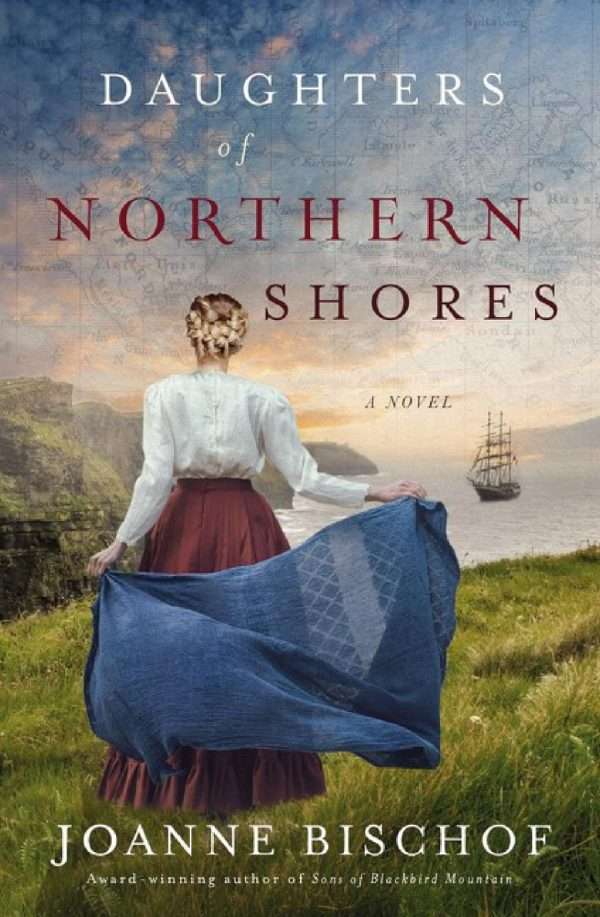 “The Norgaard brothers and their families will steal your heart.” —Catherine West, author of Where Hope Begins

Heartache and regret, boldness and sacrifice. What will restoration cost the beloved Norgaard family?

Aven Norgaard understands courage. Orphaned within an Irish workhouse, then widowed at just nineteen, she voyaged to America where she was wooed and wed by Thor Norgaard, a Deaf man in rural Appalachia. That the Lord saw her along the winding journey and that Aven now carries Thor’s child are blessings beyond measure. Yet while Thor holds her heart, it is his younger brother and rival who haunts her memories. Haakon—whose selfish choices shattered her trust in him.

Having fled the farm after trying to take Aven as his own, Haakon sails on the North Atlantic ice trade where his soul is plagued with regrets that distance cannot heal. Not even the beautiful Norwegian woman he’s pursued can ease the torment. When the winds bear him home after four years away, Haakon finds the family on the brink of tragedy. A decades-old feud with the neighboring farm has wrenched them into the fiercest confrontation on Blackbird Mountain since the Civil War. Haakon’s cunning and strength hold the power to seal many fates, including Thor’s which is already at stake through a grave illness brought to him as the first prick of warfare.

Now Haakon faces the hardest choice of his life. One that shapes a battlefield where pride must be broken enough to be restored, and where a prodigal son may finally know the healing peace of surrender and the boundless gift of forgiveness. And when it comes to the woman he left behind in Norway, he just might discover that while his heart belongs to a daughter of the north, she’s been awaiting him on shores more distant than the land he’s fighting for.

My review of Daughters of Northern Shores

Have you ever had a book hangover? I have and do again. I didn’t want Daughters of Northern Shores to ever end!

Daughters of Northern Shores is the second book in the Blackbird Mountain series. I did not read Sons of Blackbird Mountain, and even though I got spoilers from reading the second book first, that is in no way deterring me from wanting to read book one now. Joanne Bischof’s writing is just that good. The way she weaves a story together is magical. I first found this out in her novel The Lady and The Lionheart (read this!).

Daughters of Northern Shores is a story about reconciliation and forgiveness. It is a prodigal son type of story. However, the son is not coming home to his parents but his brothers…one brother he fears will never forgive him. In spite of that fact, Haakon knows he’s been away from home long enough. His heart is calling him home, and he is willing to do what it takes to receive his family’s forgiveness.

Haakon returns home at the perfect time, and though Thor would never admit to needing Haakon’s help, Haakon does anyway. Thor has been diagnosed with a grave disease and has to be quarantined. Haakon is the perfect person to help him. He doesn’t have a wife or children depending on him to stay well. And while this is going on, men who hate the Norgaard family have returned to the area and are vowing revenge.

Though this book is fiction, I think Haakon’s return shows that God’s timing is perfect. However, in our humanness, we may not like God’s timing, but we don’t know what He knows. If Haakon hadn’t come home seeking reconciliation and forgiveness exactly when he did, things wouldn’t have turned out the way they did. If he’d come too early, Aven may not have been ready to forgive…and Haakon may not have been through enough to be remorseful. I think his meeting the woman in Norway completely changed him, and he’d not have met her had he gone home earlier.

The characters in this book are some of my favorites ever, so I will absolutely go back to book one. They are so well-written that you miss them when you reach the end. I love the way that Joanne Bischof weaves themes of remorse, reconciliation and forgiveness throughout the story. Daughters of  Northern Shores made me laugh, and it made me cry. Only the best books do that. 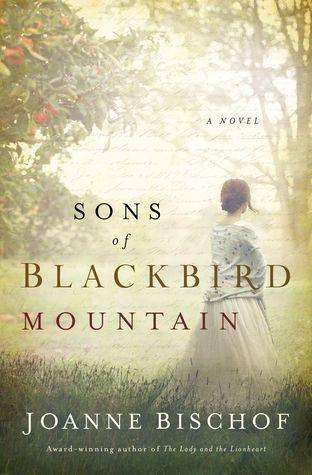 A Tale of Family, Brotherhood, and the Healing Power of Love

After the tragic death of her husband, Aven Norgaard is beckoned to give up her life in Norway to become a housekeeper in the rugged hills of Nineteenth-Century Appalachia. Upon arrival, she finds herself in the home of her late husband’s cousins—three brothers who make a living by brewing hard cider on their three-hundred acre farm. Yet even as a stranger in a foreign land, Aven has hope to build a new life in this tight-knit family.

But her unassuming beauty disrupts the bond between the brothers. The youngest two both desire her hand, and Aven is caught in the middle, unsure where—and whether—to offer her affection. While Haakon is bold and passionate, it is Thor who casts the greatest spell upon her. Though Deaf, mute, and dependent on hard drink to cope with his silent pain, Thor possesses a sobering strength.

As autumn ushers in the apple harvest, the rift between Thor and Haakon deepens and Aven faces a choice that risks hearts. Will two brothers’ longing for her quiet spirit tear apart a family? Can she find a tender belonging in this remote, rugged, and unfamiliar world?

A haunting tale of struggle and redemption, Sons of Blackbird Mountain is a portrait of grace in a world where the broken may find new life through the healing mercy of love.

Praise for Sons of Blackbird Mountain

“Sons of Blackbird Mountain is a quiet gem of a historical romance. Refreshingly real and honest in its depiction of flawed but lovable individuals, it introduces characters readers will want to meet again.” – CBA Market

“. . . the novel provides an interesting glimpse of the time period and some complex social issues among neighbors in an area still recovering from the Civil War.” – Historical Novels Review

“VERDICT Christy- and Carol Award-winning author Bischof (The Lady and the Lionheart) creates endearing characters and a heartwarming story line in this unforgettable novel about the power of family, love, and the true meaning of home. Fans of Kristy Cambron, Julie Klassen, and Susan Meissner will love this one.” – Library Journal

I have loved all of the Joanne Bischof books I’ve read! She’s a wonderful author, and I highly recommend you read her books! 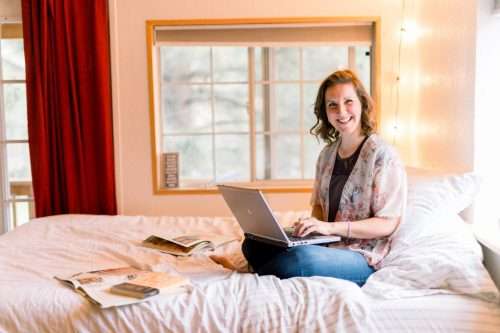 Joanne Bischof is an ACFW Carol Award and ECPA Christy Award-winning author. She writes deeply layered fiction that tugs at the heartstrings. She was honored to receive the San Diego Christian Writers Guild Novel of the Year Award in 2014 and in 2015 was named Author of the Year by the Mount Hermon conference.
Joanne’s 2016 novel, The Lady and the Lionheart, received an extraordinary 5 Star TOP PICK! from RT Book Reviews, among other critical acclaim. She lives in the mountains of Southern California with her three children.
Website│Goodreads│Facebook│Twitter│Pinterest│YouTube│Instagram

If you’re looking for more historical romance books, Healing of the Heart is another I recommend highly.