You are here: Home / Books / The Legendary Wolf Book Tour 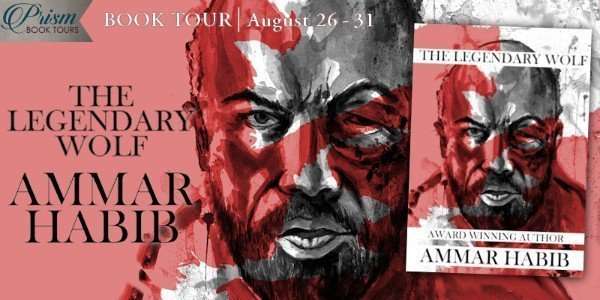 Decades ago, Grayson Wolf locked away the demons inside him. Once a legendary assassin named after Mors, the Roman embodiment of death, Grayson is now a shadow of the man he was before. He suffers every waking hour, haunted by his past as he begs for death to end his torment.

However, Grayson is pulled back into the shadowy world of espionage when an old comrade shows up at his front door with a young girl he is trying to rescue from sinister men. Suddenly hunted by an army of deadly mercenaries, Grayson is left with no choice but to protect the girl. But deep inside, something happens. He finds a light in the darkness, a light he thought was dead. The demons Grayson chained up–the legendary Mors–will be unleashed. And anyone standing in his way will have hell to pay.

The Character of Grayson Wolf

Grayson Wolf was once the world’s greatest assassin. He left a mountain of corpses in his wake, and just the mention of his name struck fear into the hearts of his foes. Grayson was an unstoppable force, and his feats earned him the title of Mors, a title that was a reference to the Roman embodiment of death.

However, that is all a distant memory for Grayson. After one fateful night years ago, he went AWOL on his government for unknown reasons. Since then, Grayson has been living under the radar. Grayson is the soldier who doesn’t have a battle left to fight. He’s slain all his foes, and it’s left him empty. He is now an old man when the story begins. Filled with regret and bitterness, Grayson believes his soul is dead and buried. He’s just waiting for his body to catch up.

Some of the inspirations for Grayson’s character were famous figures from classical stories, such as Achilles and Samson. Like these men, Grayson could never be bested in battle. However, he has one weakness, and that weakness was his ultimate downfall. He now prays for death to take away whatever is left of his soul, begging for God to end the misery of his life.

In a world where movies and TV glamorize violence and action, Grayson’s character shows the ramifications of violence. After all the graveyards he filled, all the men and women he took down, he is now a shell of the man he once was. He is resentful. In pain.

Grayson is constantly haunted by his demons. The main demon is a woman named Ophelia. Ophelia forces Grayson to try and take his own life every night through a demented game of Russian Roulette, but fate seems to keep death out of his reach. Grayson left mountains of corpses in his wake; ironically, he cannot take his own life. His life has become a self-made prison and hell.

Though his back-story is much more fantastical than any normal person’s life, his struggles with his past and his own mortality are rooted in basic battles we all face. The character of Grayson is symbolic of what happens to many people when they grow old. They sometimes grow bitter toward the world, and this bitterness is a result of having lost loved ones and watching friends grow old and die.

Grayson receives his second chance when an old comrade shows up at his front door. He needs Grayson’s help in protecting a young girl who is pursued by dark forces. Though Grayson doesn’t realize it at first, this is his opportunity to atone for all his past deeds. Grayson has lived a lifetime of violence and darkness. Now, he has the chance to finally do one good deed—a deed that will finally show him a side of life he has never seen before. Grayson Wolf was once a legend…

…now that legendry wolf will howl one last time.

About the Author of The Legendary Wolf

Ammar Habib is a bestselling and award-winning author who was born in Lake Jackson, Texas in 1993. He enjoys crafting stories that are not only entertaining but will also stay with the reader for a long time. Ammar presently resides in his hometown with his family, all of whom are his biggest fans. He draws his inspiration from his family, imagination, and the world around him.
Website│Blog│Goodreads│Facebook│Twitter│Instagram 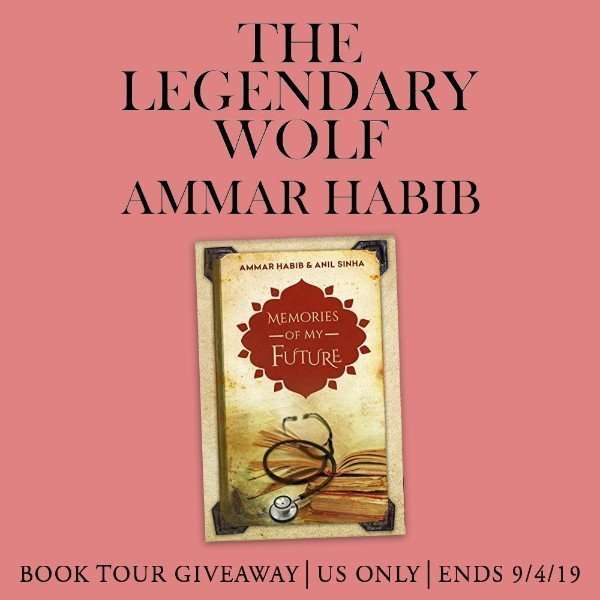 One winner will receive a signed copy of Habib’s national award-winning novel, Memories of My Future (US only). Memories of My Future is an historical/inspirational novel that was published in 2016. It received several accolades after its release, including the Independent Press Award in May 2017.
Ends September 4, 2019

Thanks for sharing!
« Archibald’s Next Big Thing on Netflix
4 Things to Remember for Baby’s First Trip to the Beach »