You are here: Home / Books / Cilka’s Journey by Heather Morris | Book Review
Thanks for sharing!

From the author of the multi-million copy bestseller The Tattooist of Auschwitz comes a new novel based on an incredible true story of love and resilience. Thanks to NetGalley for providing me with an arc of Cilka’s Journey to facilitate this review. 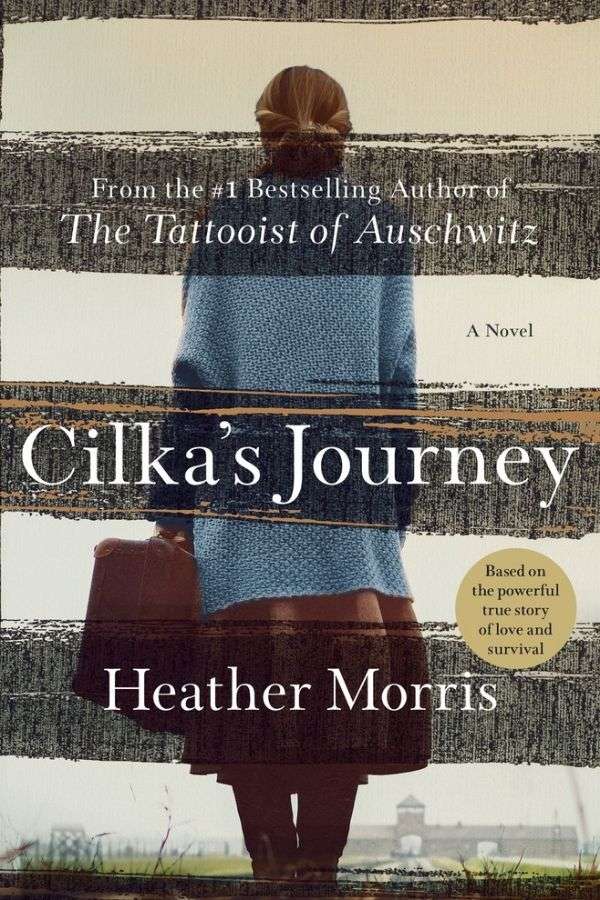 Her beauty saved her — and condemned her.

Cilka is just sixteen years old when she is taken to Auschwitz-Birkenau Concentration Camp in 1942, where the commandant immediately notices how beautiful she is. Forcibly separated from the other women prisoners, Cilka learns quickly that power, even unwillingly taken, equals survival.

When the war is over and the camp is liberated, freedom is not granted to Cilka: She is charged as a collaborator for sleeping with the enemy and sent to a Siberian prison camp. But did she really have a choice? And where do the lines of morality lie for Cilka, who was send to Auschwitz when she was still a child?

In Siberia, Cilka faces challenges both new and horribly familiar, including the unwanted attention of the guards. But when she meets a kind female doctor, Cilka is taken under her wing and begins to tend to the ill in the camp, struggling to care for them under brutal conditions.

Confronting death and terror daily, Cilka discovers a strength she never knew she had. And when she begins to tentatively form bonds and relationships in this harsh, new reality, Cilka finds that despite everything that has happened to her, there is room in her heart for love.

From child to woman, from woman to healer, Cilka’s journey illuminates the resilience of the human spirit—and the will we have to survive.

Though Cilka’s Journey is a sequel, you can read it as a stand alone. I didn’t read The Tattooist of Auschwitz, yet I was enthralled Cilka’s Journey. As you can see from the book’s synopsis, Cilka was a prisoner in Auschwitz-Birkenau Concentration Camp. Yet when the camp was liberated Cilka was not free. She was once again taken prisoner for a crime she didn’t commit, at least not willingly. She was raped time and time again. And when she should have been set free, she was stuffed into another cattle car.

I don’t remember ever learning about Siberian gulags in school, and I’m Gen X! I mean, somehow I knew that “bad guys” got sent to Siberia. But Cilka wasn’t a “bad guy” and neither were many of the prisoners. Though Cilka’s Journey is a work of fiction, it’s based on true events. Cilka was a real person who suffered horribly. The atrocities the prisoners of the gulag endured are unimaginable to me as someone who lives in the 21st century United States. The author’s research truly brings the gulag to life in the pages of Cilka’s Journey.

I love that throughout the book, there are moments of hope. In spite of their circumstances, the prisoners could find friendships and support. Enemies became friends. If they could find common ground, hope, and friendships while enduring this grueling labor, how much more should we be able to do it in a world where we’re so blessed? I definitely recommend Cilka’s Journey.

Thanks for sharing!
« $10 PayPal Giveaway US/CAN only 9/24 | September to Remember Giveaway Hop
Neglected Areas That Could Have a Big Impact on Your Home Decor »