You are here: Home / Books / The Heart of Aleppo by Ammar Habib | Excerpt
Thanks for sharing!

Welcome to The Heart of Aleppo Book Tour. I’m sharing an excerpt from this book, and there is a giveaway for Ammar Habib’s best-selling book, Memories of My Future. 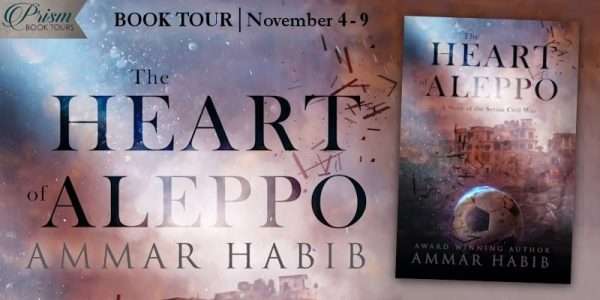 The Heart of Aleppo:
A Story of the Syrian Civil War


(Affiliate links included. If you make a purchase, I may make a small commission.) 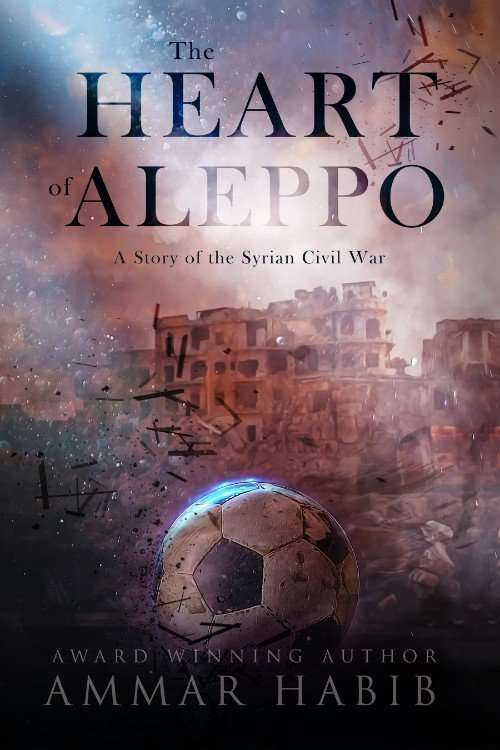 From the ashes of the Syrian Civil War comes this story of hope, love, and courage…

After standing for over 7,000 years, Aleppo’s ruin came overnight. Separated from his family during the night the rebels attacked the city, thirteen-year-old Zaid Kadir is lost in the middle of a war zone. Alongside his friends, he is forced to survive the dangers of a civil war he does not even fully understand. Zaid witnesses the destruction of the brutal Syrian Civil War as it grows more deadly by the day and rips his city apart. However, as he braves this destruction, as he desperately tries to survive this catastrophe, he discovers something. Zaid realizes that it is in the darkest hours when humanity’s spirit of hope burns brightest.

(Affiliate links included. If you make a purchase, I may make a small commission.)
Goodreads | Amazon

The Heart of Aleppo book excerpt

Not even a day and a half ago, we walked from school to the bus stop. The roads were crowded with cars, trucks, and buses blaring their horns. The sidewalks were packed with pedestrians and merchants. Now, it’s a ghost town. It’s as if there was never any life here.

The city is… hollow.

A wall of smoke and smog surrounds me on all sides, preventing me from truly seeing anything clearly. Is it a blessing or a curse? I don’t see any of the destruction until I’m right on top of it. If Salman was even five more steps ahead of me, he would be lost behind the wall. We’re out on an open street; yet, it feels as if I am trapped in a prison. The dark walls of this prison follow me, not allowing me to escape their grasp.

We’re not alone. Walking through the darkness and smog, we cross paths with another group within the first fifteen minutes of the sun setting. I hear their footsteps first. It’s faint, almost inaudible. I think that it’s just my mind playing tricks on me. But then they step right out of the thick smoke, walking towards us. My heart instinctively spikes up in fear before I realize what they are: a father and his daughter. The girl is maybe a year younger than me. She’s holding her father’s hand as he keeps her close.

The father’s clothes are covered in dirt and dust. He does not pay us any heed. His downcast eyes are red and his beard appears a bit wet. He acts oblivious to everything around him, except for his daughter. He holds her as if he would die before ever letting go. My gaze locks with the girl’s as they pass right by us. Her eyes are just as tired as her father’s, and her gaze is still wide-eyed as she looks at the abyss around her. I witness countless emotions in them: confusion, fear, sorrow. They’re the same eyes as mine.

At that moment, I feel something. A connection. We’re strangers, yet comrades. I’ve never met her, but I know what she has been through. I know she witnessed her city suddenly torn apart.

I look away from her as she and her father continue on their path and we continue on ours. With every passing second, the echo of their footsteps grows fainter and fainter until they have again disappeared in the black smog. Without uttering a word, I pray that God keeps a hedge of protection over them.

About Ammar Habib, author of The Heart of Aleppo

Ammar Habib is a bestselling and award-winning author who was born in Lake Jackson, Texas in 1993. He enjoys crafting stories that are not only entertaining but will also stay with the reader for a long time. Ammar presently resides in his hometown with his family, all of whom are his biggest fans. He draws his inspiration from his family, imagination, and the world around him.

One winner will receive a signed copy of Habib’s national award-winning novel, Memories of My Future (US only). Memories of My Future is an historical/inspirational novel that was published in 2016. It received several accolades after its release, including the Independent Press Award in May 2017.