You are here: Home / Books / 4 LyricPop Picture Books
Thanks for sharing! 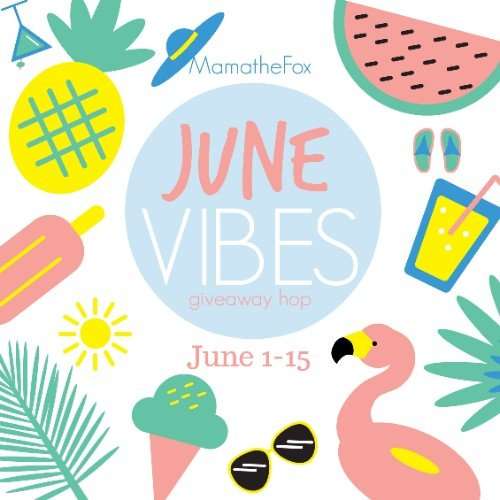 Thanks to our host, MamaTheFox

LyricPop presents your favorite song lyrics by renowned songwriters as illustrated picture books, instilling a love of music and song among young readers.

I received PDF copies of these books free to review; however, all opinions are my own. This post contains affiliate links. If you make a purchase, I may receive compensation at no cost to you. 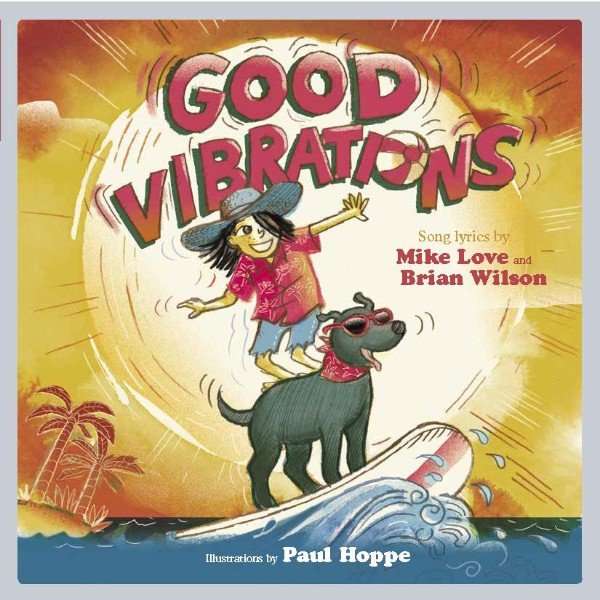 The Beach Boys and summer are almost synonymous. It’s a crime if your kids don’t know at least one song by The Beach Boys! I think Good Vibrations is a great place to start. This picture book is illustrated by Paul Hoppe and contains the original song lyrics by Mike Love and Brian Wilson.

Sing it with me….I’m pickin’ up good vibrations. She’s giving me the excitations…..

I’ve got friends who will tell you that The Beach Boys are the best band that’s ever existed. While I might not go that far, they did have amazing talent for both songwriting and harmonizing. They’re America’s first band to reach the 50 year milestone! That’s a pretty awesome feat. Read this book with your kids. Listen to the songs. Your kids may become the next big fans of The Beach Boys. 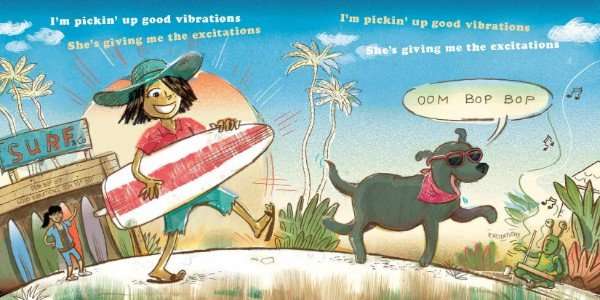 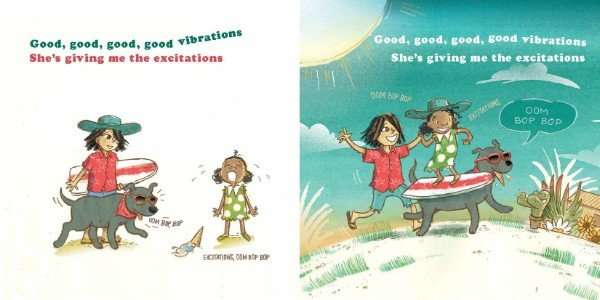 Mike Love and Brian Wilson’s world-famous song, gloriously illustrated by Paul Hoppe, will bring smiles to the faces of children and parents alike.

Good Vibrations is a lively picture book based on Mike Love and Brian Wilson’s number one hit about absorbing positive energy from the people around them. Often praised as one of the most important compositions in rock, the Beach Boys’ original version of this song was their third number one Billboard hit.

With lyrics by Brian Wilson and Mike Love, and illustrations by Paul Hoppe, this picture book follows a girl and her dog as they make their way down to the beach, sharing good vibrations all along the way. Parents and children alike can share and enjoy one of rock’s greatest hits through the colorful pages of Good Vibrations.

We’re Not Gonna Take It 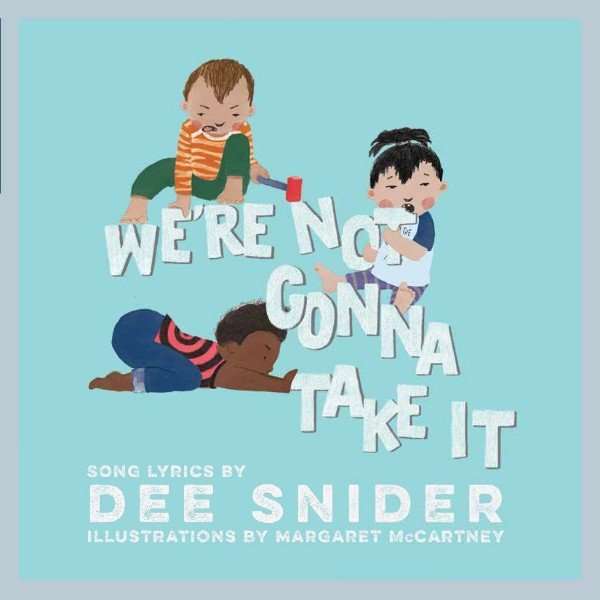 Yeah, I grew up in the 80s hair band era. Though I wasn’t a big Twisted Sister fan, I do love this song. Who doesn’t? Well, maybe people who didn’t grow up during the 80s I guess… 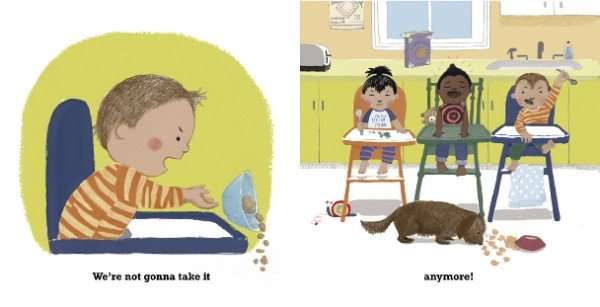 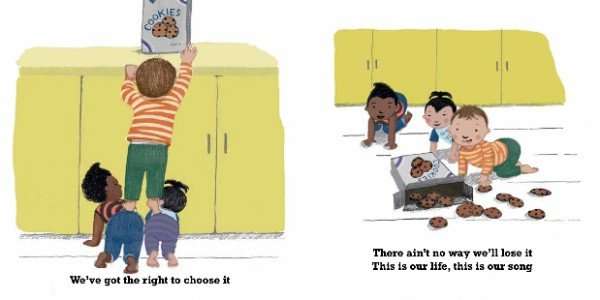 This picture book of Dee Snider’s classic song of empowerment and self-determination will strike a chord with kids everywhere.

The song has an iconic music video”‘We’re Not Gonna Take It’ was a watershed moment in hard rock. It delivered a defiant song that originally shook up the establishment.”
—Christa Titus, Billboard

“‘We’re Not Gonna Take It’ is an indelible hit, whose instantly recognizable hook practically invites the listener to shout along.”
—Rachel Martin and Phil Harrell, NPR 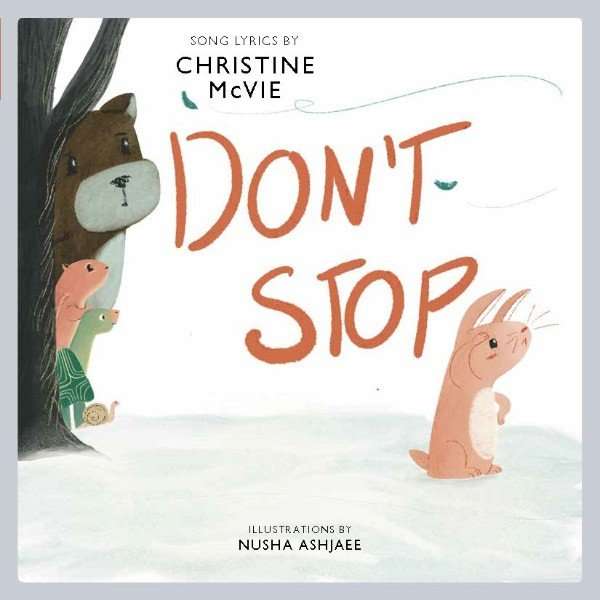 I love Fleetwood Mac, and this song by Christine McVie is probably one of their most famous songs. It’s a song that never grows old. 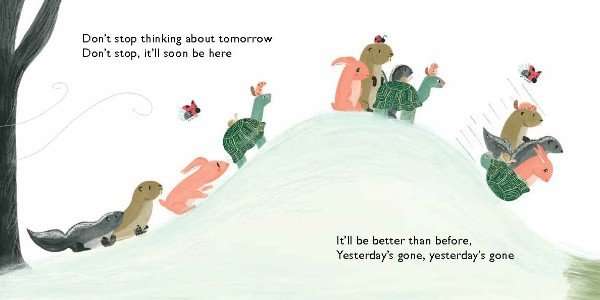 McVie’s classic song about keeping one’s chin up and rolling with life’s punches is beautifully adapted to an uplifting children’s book.

Don’t Stop is a beautifully illustrated picture book based on Christine McVie of Fleetwood Mac’s enduring anthem to optimism and patience. The song was one of the singles on Fleetwood Mac’s megahit album Rumours, which spent thirty-one weeks at number one on the Billboard charts and went on to sell over forty million copies worldwide.

With lyrics by Christine McVie and illustrations by Nusha Ashjaee, this touching picture book imagines a rabbit willing her hibernating friends out of a long and dark winter and into joyous spring. Don’t Stop is a great opportunity for fans of Christine McVie and Fleetwood Mac to introduce their favorite band to their young children, and for parents looking to share a bright message in song.

It was the theme song for Bill Clinton’s 1992 presidential campaign”Christine McVie’s lyrics paired with woodland creatures is the wholesome content we want in 2020.”
—Paste Magazine

“With her naturally smoky low alto voice and a knack for writing simple, direct, and memorable songs about the joys and pitfalls of love, Christine McVie has had a long and productive music career.”
—AllMusic 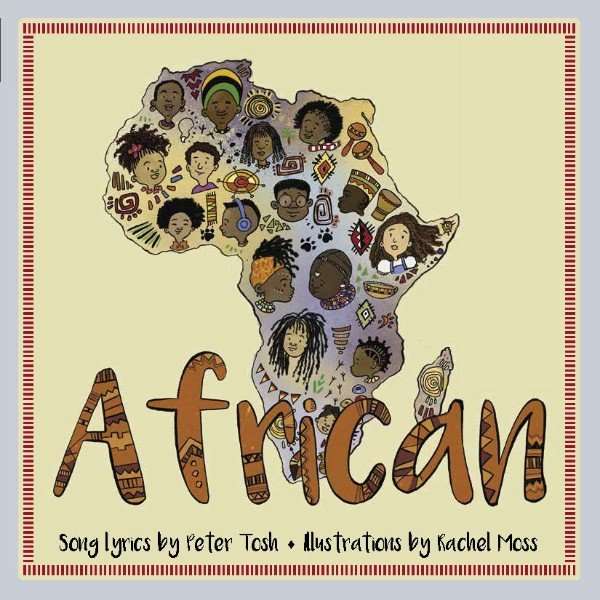 Your kids will love the vibrant illustrations in African! 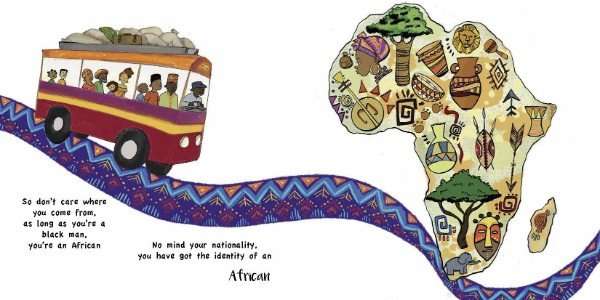 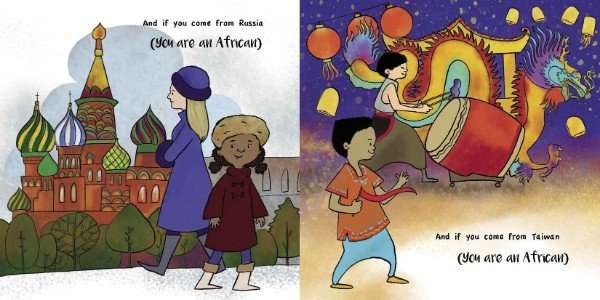 So don’t care where you come from
As long as you’re a black man, you’re an African
No mind your nationality
You have got the identity of an African

African is a children’s book featuring lyrics by Peter Tosh and illustrations by Jamaican artist Rachel Moss. The song “African” by Peter Tosh was originally released in 1977 on his second solo record, Equal Rights. He wrote the song during a time of civil unrest in Jamaica as a reminder to all black people that they were part of the same community. The album is considered one of the most influential reggae works of all time.

“The joyful illustrations depict young and older black people of various colors, with many different hairstyles and wearing an array of clothing styles, playing, riding, dancing, and walking…The dynamic art and text work together to form a loving ode to belonging for black people of the diaspora.”
—Kirkus Reviews

“[A] survey of Tosh’s repertoire reminds us that his best works were distinctive and impactful. When the Wailers were first starting their careers at Studio One, Tosh voiced boastful classics…When the Wailers launched their own label in 1968, Tosh became the Stepping Razor, adapting a song written by the Wailers’ harmony coach, Joe Higgs, and when the trio began working with visionary producer Lee ‘Scratch’ Perry, he recorded ‘400 Years,’ one of the most moving explorations of the historical injustices of slavery and its lingering aftermath…His Legalize It album was far ahead of its time in demanding the decriminalization of marijuana in 1975, while Equal Rights reminded that peace will never come without justice…[He was] one of reggae’s most fiery and controversial performers, whose work remains relevant.”
–Guardian

“Tosh’s first two solo records, Legalize It and Equal Rights, are not just two of the best reggae records ever, but also two of the finest records of the ’70s, period. They were inventive and deeply catchy records full of songs that could be as playful as they were defiant. Peter Tosh was always outspoken, always the rebel, but it was the way he said things–that honeyed voice, those brilliant and subtly intricate compositions–that set him apart.”
–PopMatters

Thanks to the sponsor, one of my readers will win this set of books!

This giveaway is open to the US only to ages 18+. This giveaway is void where prohibited. One entry per household. By entering this giveaway, you’re agreeing to the privacy policies of this blog. Entrants need a profile picture on their social media accounts from which they’re entering, or entry will be void. The winners have 48 hrs. to claim the prize or another winner will be chosen.


MamatheFox and all participating blogs are not held responsible for sponsors who fail to fulfill their prize obligations.

Thanks for sharing!
« The CEO, The Puppy and Me Book Blitz #CPMBlitz
Give your Home Better Curb Appeal »