You are here: Home / Entertainment / The Other One | Binge Watch this Comedy on Acorn TV
Thanks for sharing!

BBC’s unique, funny and moving ensemble comedy, THE OTHER ONE, comes to the U.S. on Acorn TV Monday, August 10. Binge watch all 7 episodes at once! The show stars prolific UK TV actresses Siobhan Finneran (Downton Abbey) and Rebecca Front (Avenue 5). 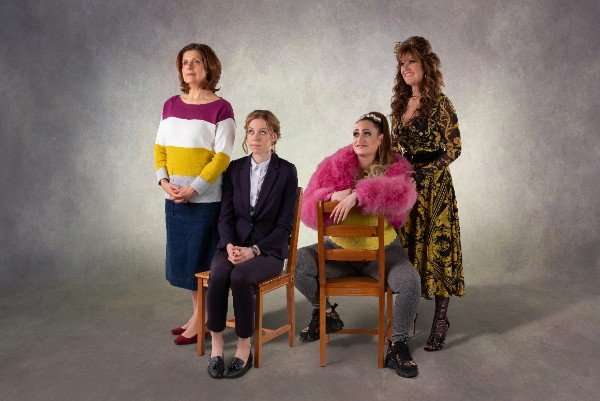 THE OTHER ONE is the engaging story of two half-sisters named Cat and Cathy who didn’t know the other existed until after their father’s untimely death, and it’s also about their moms. The twentysomething sisters were born five days apart on opposite sides of the track. They share the same birth name (Catherine Walcott) – a smart move from the dad when you’ve got a secret daughter!

These four women from different walks of life have to adjust to living with each other as they attempt to move on after Colin’s death, which includes preparing to sell the house, getting back into the dating game, arranging Cathy’s wedding and bachelorette party, and celebrating the sisters’ birthdays.

Cathy Walcott’s life is turned upside down when she learns that her recently-deceased father, Colin had a secret love child living 13 miles away in a neighboring town. Her secret sister, Cat, is only five days younger. Incidentally, both Catherines have always wanted a sister, but they have very little in common: Cathy has a fiancé and a pension and is a successful, yet uptight, re-insurance agent. Cat is single, a food delivery truck driver, has a pay-as-you-go phone and is more outgoing and bubbly. 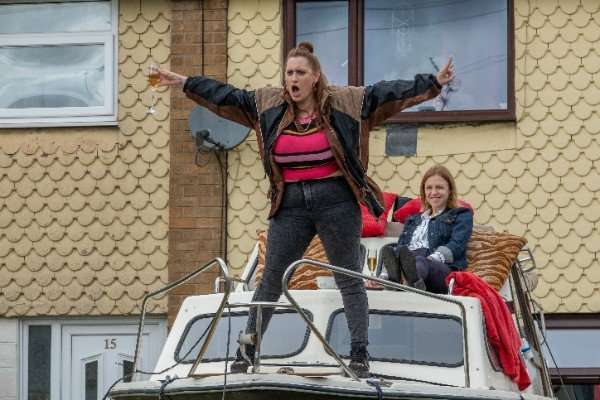 Now that the two are thrown together, Cat wants to spend as much time with Cathy as possible to make up for the last 28 years, but Cathy has a wedding to plan. Nonetheless they end up forging an unlikely friendship during this difficult time. Cathy is forced to take compassionate leave at her job because of stress over her father’s passing and the upcoming nuptials and Cat cheers her up with a party. They reminisce fondly over special moments with their father, either his favorite songs (a fun car singalong of Supertramp’s “Goodbye Stranger” ensues in the series premiere), as well as childhood toys and nicknames he had given them. 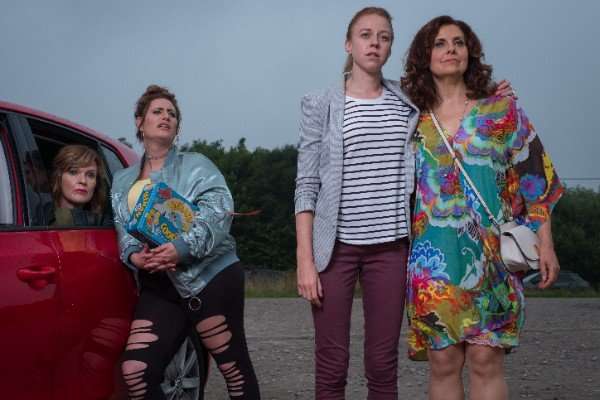 Their mothers are complete opposites. They do have an equally rough time adjusting to a new normal without Colin in their lives. Wife Tess Walcott vents about her husband’s philandering during the funeral eulogy. She is eager to destroy his possessions. However, once she’s cooled off, she struggles to move on by joining dating apps and taking a Nordic Walking class. Colin’s longtime mistress of 30 years, Marilyn is more playful and free-spirited. She’s accepting of her role in Colin’s life because of her strong love for him, though he would only visit her and Cat once a week for nearly three decades.

Praise for The Other One

“Sharp, touching… does a lot with every scene and never wasting a minute…very funny” – The Guardian (UK)

“Glorious slice-of-life comedy, way superior to so much else on these days” – Observer

Quotes from the actresses about their characters (courtesy of BBC)

“Tess is a woman who has always towed the line. She’s played it by the rules, and the rules matter to her. So when she discovers, after her husband’s untimely death, that he has defied the rules throughout their marriage – by having a whole other family and not telling her- she is understandably furious.”

“Marilyn is an amazing mix of wonderful and wacky which is why I wanted to play her. ..She is naïve, she is eccentric, she is damaged, she is fragile, and she is fun. She’s honest, but has lived a life of secrets and lies for years…

She has always known the facts and has felt safe, never doubting Colin’s feelings for her and has been happy with the arrangement. Once a week Colin was better than no Colin at all for her, she adored him and adores their child Cat.

She is delighted to have Cathy in her life as she brings another connection to Colin and a change for them, and is happy to see Cat with a new friend /confidante /sister. Marilyn lives in a medicated bubble most of the time which I think is probably her way of coping with the life she has been living.”

“Cathy Walcott is in her late 20s and works in re-insurance. She’s uptight and neurotic but conversely quite naive and never wants to offend. I would say she’s a bit of a perfectionist and wants things done her way. She’s not exactly street smart, in fact probably the opposite, and meeting her new sister Cat certainly opens her eyes to the world beyond her small bubble – which after the death of her dad I think she finds quite cathartic.”

“My character Cat is very funny, very outgoing, she’s very bubbly and she’s always trying to find a way to lighten up a very bad situation.”

Coming up exclusively on Acorn TV

Subscribe to Acorn TV after your 30 day free trial! Use code FREE30.

Thanks for sharing!
« Ready to Trust by Tina Radcliffe | Book Excerpt
Death at High Tide by Hannah Dennison | Book Review »