You are here: Home / Books / Holly Hernandez and the Death of Disco by Richie Narvaez | Guest Post
Thanks for sharing!

Welcome to my stop on the Great Escapes Virtual Book Tour for Holly Hernandez and the Death of Disco by Richie Narvaez. Stop by each blog on the tour for interviews, guest posts, spotlights, reviews and more!

Holly Hernandez and the Death of Disco 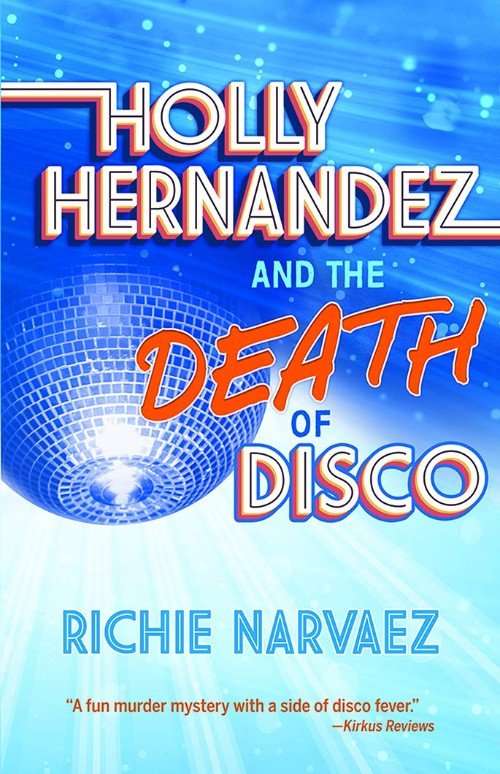 Holly Hernandez, voted “Miss Bright of ’79” and valedictorian at her previous school, is excited to start fresh at Flatbush Technical High School, one of the most competitive public schools in New York City. She’ll be one of thousands; anonymous. But her dreams of a normal school life disappear when her mother, a homicide detective, has to investigate the murder of Mr. Friedman, the social studies teacher.

One of her classmates, Xander Herrera, quickly becomes the primary suspect. The tall, awkward boy is socially inept, but Holly doesn’t think he’s a murderer. She is intent on exonerating him—but he wants nothing to do with her. To Xander, Holly is the overly enthusiastic student who always sits in the front row and answers all the teachers’ questions—correctly. He hates perky people!

Eventually cleared of the crime, Xander is determined to find the killer before Holly. As they race to solve the case, their separate investigations lead to a slew of suspects, including another teacher seen arguing with Friedman and a mysterious person named Steve who met with him several times before his death. Could it have been a disgruntled student? Ultimately, a trophy for a disco-dancing contest leads the intrepid young detectives to the Mission Venus nightclub and a murderer intent on killing again!

Write Like a Girl: Choosing POV by Richie Narvaez

When I decided to write my new YA mystery Holly Hernandez and the Death of Disco (Pinãta Books, 2020), I knew it might be difficult for a fifty-something male writer to describe a world from the perspective of a 14-year-old Latina Nancy Drew-like character. So I knew figuring out the point of view would be essential.

First person POV is a popular choice with newer writers because it feels easier. But it isn’t, not really. It feels natural because, you might think, “Hey, it’s just like writing a text or a blog post! I do that all the time! I think I write enough texts to complete a book every three days!” Plus, with first person, you get to stick to one character and get to really know that character.

But then readers would have to deal with that odd association between writer and character that happens with first person. Even with the creation of distinct persona, there can still be a conflation, and I wanted readers to really believe in Holly.

Dramatic irony is when the reader knows more than the character. Think about horror movies, when the audience sees a hockey-masked killer chill out in an abandoned barn, and then in the next scene, a young couple decides get frisky . . . in that abandoned barn! You can’t write that kind of scene with first person because you’re stuck in one person’s shoes.

For the book, I also wanted to get into the mind of Holly’s high school rival, Xander Herrera, a gruff, socially awkward boy who plays an important part in solving the mystery. So I could’ve done alternating chapters in first person. It’s been done, but that can create speed bumps for the reader who has to go back and figure out who is talking. They might get into the flow of what you’re doing by Chapter 6. Or they might decide to try another book. There are plenty of others to choose from.

The next option was third person (unlimited omniscience), in which I could jump into the mind of every character in one scene. Now I’m Holly. Now I’m Xander. Now I’m the principal yelling at both of them. Now I’m a best friend giggling in the corner. Too much!

To me, third person (unlimited omniscience) is like having all six stones of the Infinity Gauntlet. That’s more power than anyone should be allowed to have. And it creates too much of a distance from the characters. The reader inhabits all of them, but none of them well. And it can be a jolt for the reader to jump from person to person like that, like dancing with too many partners at a wedding.

So I chose the popular but effective third person (limited omniscience), the old chestnut. I didn’t want to get into everyone’s mind, just the minds of these two characters. This allowed me — and the story — to focus. I could enrich the story with contrasting viewpoints, and by maintaining an alternating chapter structure (again, popular but effective), I could (hopefully) prevent the reader from getting confused when the POVs switched.

Thanks for sharing this guest post, Richie! You’re my new BFF if you’re a Marvel fan… 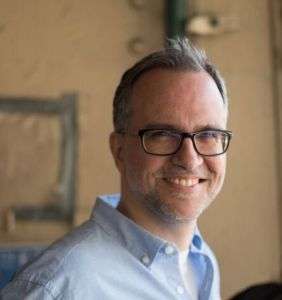 Richie Narvaez is author of the award-winning collection Roachkiller and Other Stories and the gentrification thriller Hipster Death Rattle. His latest novel is the historical YA mystery Holly Hernandez and the Death of Disco.

Holly Hernandez and The Death of Disco Tour Participants

Thanks for sharing!
« Teachers and Students Can Thrive During Remote Learning
The Firefly Warriors Club (Texas Boys Adventures) by Susan Count Book Review »