You are here: Home / Books / Out of Temper (Bean to Bar Mysteries) by Amber Royer | Guest Post
Thanks for sharing!

Welcome to my stop on the Great Escapes Virtual Book Tour for Out of Temper (Bean to Bar Mysteries) by Amber Royer. Stop by each blog on the tour for interviews, guest posts, spotlights, reviews and more!

Out of Temper (Bean to Bar Mysteries) 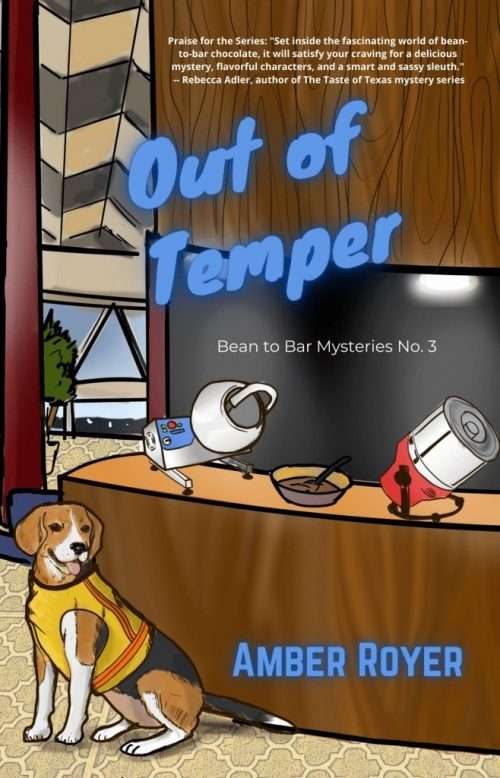 Felicity Koerber’s bean to bar chocolate shop on Galveston’s historic Strand has been the scene of two murders – both of which she has been instrumental in helping solve. So when she gets invited to demo her chocolate skills aboard a cruise ship sailing out of the local port, she’s excited at the chance to get away from the shop long enough to regain her equilibrium. She even brings her best friend along, and makes plans for time at the spa.

But when she gets on board, she finds out that she’s been booked for a mystery-themed cruise, and said best friend, Autumn, has to finally deal with the real reasons she quit writing mysteries. Only – if that wasn’t stressful enough – it doesn’t take long before there’s a real murder on the cruise, and someone Felicity knows becomes the prime suspect. When said suspect asks her for help, she can’t exactly say no, can she?

Felicity finds herself surrounded by cruise goers who all had connections to the victim – and finds that both Logan (her business partner, whom she recently kissed) and Arlo (the cop who was once Felicity’s first boyfriend, before she moved away from Galveston) are dealing with the case until more official help can arrive. How will Felicity survive the ensuing awkwardness?

One thing that helps: the retired police dog turned therapy dog she meets on board. Satchmo helps Felicity deal with being back on the water after tragedy in her past – and also helps her uncover a vital clue to the case. Can Felicity unmask the killer and keep a friend from being framed before all the suspects leave the ship?

Does anybody remember The Westing Game? It is perhaps one of the most complex mystery novels for kids that I’ve ever read. But even after all these years, what I remember most about it was the competition aspect of the will reading, where the heirs have to figure out who killed Sam Westing in order to inherit. It added so much energy to the proceedings, and give a ticking clock for the protagonist to solve the mystery.

A more recent children’s book series, the 39 Clues carries on in much the same tradition. It was written by a collaboration of some of my favorite writers for kids. The clues take the Cahill children all over the world, in competition with other members of their family to solve the puzzle the fastest.

And the energy produced by this kind of puzzle race isn’t limited to literature for kids. Consider the film It’s a Mad, Mad, Mad, Mad World. (If you haven’t seen it, it’s worth a watch for the cameos alone. The film starred, among others, Spencer Tracy, Milton Berle, Sid Caesar, Buddy Hackett, Ethel Merman, Mickey Rooney, Dick Shawn, Phil Silvers Terry-Thomas, Jonathan Winters, Jim Backus, Jimmy Durante, Don Knotts and Peter Falk.) The plot in this one is more about the mystery of where the treasure was hidden, than about why the treasure is there, but the storytelling principle is the same. And for a film to carry that many actors without becoming either disjointed or boring requires a great deal of buoyancy.

I wanted to pay homage to this tradition in Out of Temper, the third book in my Bean to Bar Mysteries. Felicity and a number of the characters who appeared in the first two books in the series are invited aboard a cruise ship, hosting a murder mystery themed cruise. (Felicity and Logan are both there to demo chocolate from Greetings and Felicitations. Arlo is invited to speak because he’s a homicide detective. Etc.) Towards the beginning of the book, the ship hosts a LARP, with the objective of finding and returning a “stolen gem.” And it is interesting to see how quickly this turns from a boring exercise into a true competition among Felicity’s friends.

And I think that’s the whole reason a story (or subplot) like this works. You are taking characters out of their main setting and allowing the audience to see their competitive side – alongside their problem solving skills. I wanted the book to be about the murder that is discovered a few pages later, but by starting with the mystery and competition aspect, I get a ton of that narrative buoyancy, and readers should already be rooting for Felicity by the time her sleuthing skills get put to the test.

I’ve always loved playing games and solving puzzles. For my husband and my 20th anniversary, some of our friends planned an outing for us to an escape room. Talk about having friends who know us well. And more recently, I found a couple of puzzle-based virtual reality games. One of them is called Fujii. In it, you wander around watering flowers and touching leaves until an effect happens. There’s no instructions – just your actions causing effects. In a way, writing is similar.

When you are writing a novel, it is like creating and solving a puzzle at the same time. You introduce one plot element, and then look at the effect it causes later into the story. This by itself is fascinating for the writer. But if you want readers to be wowed by the puzzle, they have to care about the characters first, so that it matters whether the puzzle is solved or not. And then you have to provide a satisfying resolution. In between, you need something that reveals character and progresses the plot.

Save the Cat (and Save the Cat Writes a Novel) calls this development of the plot as, “Fun and games,” and explains that it’s probably not going to be fun for the characters, but should be fun for the reader. I like to think about that as I’m plotting. When several things could happen that all advance the plot, I try to decide which would be most fun for the reader to experience. Usually, that’s either when there’s a joke, and the information is revealed inside a punch line, or when there’s a bit of foreshadowing that a reader can clue in on to feel like they are participating in the book.

I hope you enjoy the choices I’ve made in Out of Temper. And that you enjoy meeting Satchmo the therapy dog, Ash’s cousin Liam, and the other new characters in this installment of the series. 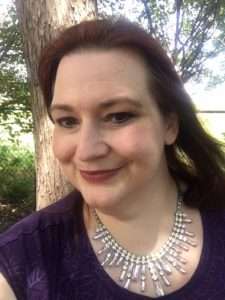 Amber Royer writes the CHOCOVERSE comic telenovela-style foodie-inspired space opera series, and the BEAN TO BAR MYSTERIES. She is also the author of STORY LIKE A JOURNALIST: A WORKBOOK FOR NOVELISTS, which boils down her writing knowledge into an actionable plan involving over 100 worksheets to build a comprehensive story plan for your novel. Amber blogs about creative writing techniques and all things chocolate at www.amberroyer.com. She also teaches creative writing and is an author coach. If you are very nice to her, she might make you cupcakes.  Chocolate cupcakes, of course.

Out of Temper TOUR PARTICIPANTS

The Mystery Section – SPOTLIGHT WITH EXCERPT

My Journey Back – SPOTLIGHT, RECIPE

Escape With Dollycas Into A Good Book – GUEST POST