You are here: Home / Books / Book Reviews / Book Tour: In the After Review
Thanks for sharing! 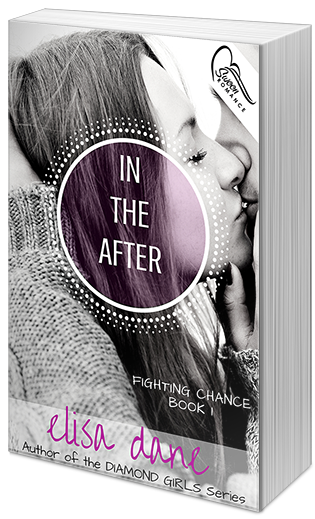 Sadie Reynolds is a liar with secrets. At school, she’s part of the popular crowd known as AE, despite being broken inside. She hides it well. She has to. The slightest bit of imperfection will land her in the same shoes as her Geeky neighbor named Ian.

Ian and his only friend are the object of Sadie’s friends’ ridicule, ire, and entertainment. The AE rule the school with intimidation and retribution against anyone who would dare question their supremacy.

Sadie steers clear of most of it, terrified someone will find out her secret. She isn’t the least bit perfect. In fact, she suffers from PTSD stemming from the murder of her mother right before her eyes when she was a child. She can barely cope from day-to-day, hiding her truth and trying to fit in. But she knows it’s only a matter of time.

Hayden is a “Waverly,” a kid with the misfortune of living in the small farming town of Waverly that borders the very affluent Lexington Parrish. The AE doesn’t mix with “Waverlies.” Ever.

Desperate to get away from her oppressive friends, Sadie crashes into Hayden at a bonfire and the attraction that sparks between them is nothing short of electric. But Hayden’s an outsider and when things heat up, Sadie will be forced to choose between her friends and her new boyfriend.

Only Queen Bee Britt isn’t having it. She will not allow Sadie to cross her. Sadie can either do what Britt wants her to do or she will reveal Sadie for the PTSD freak that she is.

Sadie does some soul searching about who she is and who she wants to be. She can’t live her life like this. Not any more. One fateful night will help her see how much things have to change.

She’s determined to no longer allow the AE to rule her life. She will be strong, stand up for Ian and love who she wants in Hayden. Determined and invigorated, Sadie goes to school feeling hopeful for the first time in forever.

But, the unthinkable happens.

Shooters attack dozens of students before the two eventually take their own lives, leaving the school a decimated shadow of what it once was.

Suddenly who lives where, wears what or loves whom seems like the least of Lexington Parish’s problems as everyone and everything changes forever in the after.

IN THE AFTER by Elisa Dane is a hard-hitting and heart-warming story of tragedy, love, loss and redemption. It is recommended for readers 14+.

Just a side note, I’d recommend this book for 17+ due to the sexual situations and language.

This book is one that is so sad, yet it is so relevant to the time we live in. Kids are mean. I really just don’t get it. I mean I do get it, yet I don’t understand why bullying and downright meanness can’t be stopped in schools. Character building is so much more important than Calculus…just sayin. This book totally points out how bullying can have dire consequences.  Sometimes I wonder if the amount of stress kids are under now has anything to do with it…or is it lack of parental involvement? Whatever it is, it is out of control. Kids are hurting. And sometimes that hurt can lead to suicide or it can lead to school shootings.

In the After takes on the topic of bullying and the extreme consequence of multiple murders. This is a dark book, though it does have its light moments. It is painful as a mom to read about the hurt these kids face. The decisions the characters make are almost all based on the fact that they’ve been hurt. Even Britt, the instigator of all of the mean madness, has indicators that she acts the way she does due to parental neglect. Though she is a total rich girl, you can tell that her parents are not involved; therefore, Britt has to find her worth in making her “friends” at school bow to her every whim…or else.

This is a book worth reading, yet you have to be prepared for the amount of sadness it delivers as well. If anything, it will cause you to look more closely at the young people in your life. We can make a difference. If you’re a teen, you can make a difference at school. Stand up to bullying. If you’re a parent, you can find ways to get involved in your child’s school and help end bullying. It’s a matter of changing the heart. Without an internal change, there is no hope of changing how a child acts. Kids need love and attention. Without it, we’ve lost them. Get involved and make a difference. Help prevent the type of tragedy that Sadie faces in In the After. 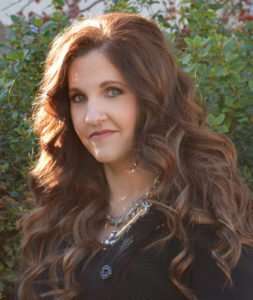 Elisa Dane loves books, chocolate, reality television, her family, and All Star Cheerleading. Not necessarily in that order! She writes contemporary YA romance with cheerleaders. Yep. She writes what she knows, and it’s her hope that her stories will not only take you on a romantic journey that will warm your heart, but that you’ll find a new respect for the sport of All Star Cheerleading you may not have had before. She’s represented by Brittany Booker of the Booker/Albert Agency, and has published a NA paranormal series under her real name, Lisa Sanchez.

Thanks for sharing!
« The Secret of the Sacred Scarab
When You Give an Imp a Penny and Guest Post »