You are here: Home / Food / Smurfs: The Lost Village Cupcakes

This is a sponsored post on behalf of Review Wire Media for Sony Pictures. I received information to facilitate my review as well as a promotional item to thank me for my participation.

As an eighties girl, I can totally relate to the Smurfs. In fact, as I was going to bed last night, I was trying to remember all of their names. I remembered Smurfette, Brainy, Papa, and Hefty. Then I started getting them mixed up with the seven dwarves, so I gave up. I’m sure if you watched the Smurfs when you were a kid, you get it. It was such an awesome cartoon with that rotten Gargamel always trying to capture them. There have been Smurf several Smurf movies made, so the Smurfs live on through the generations. 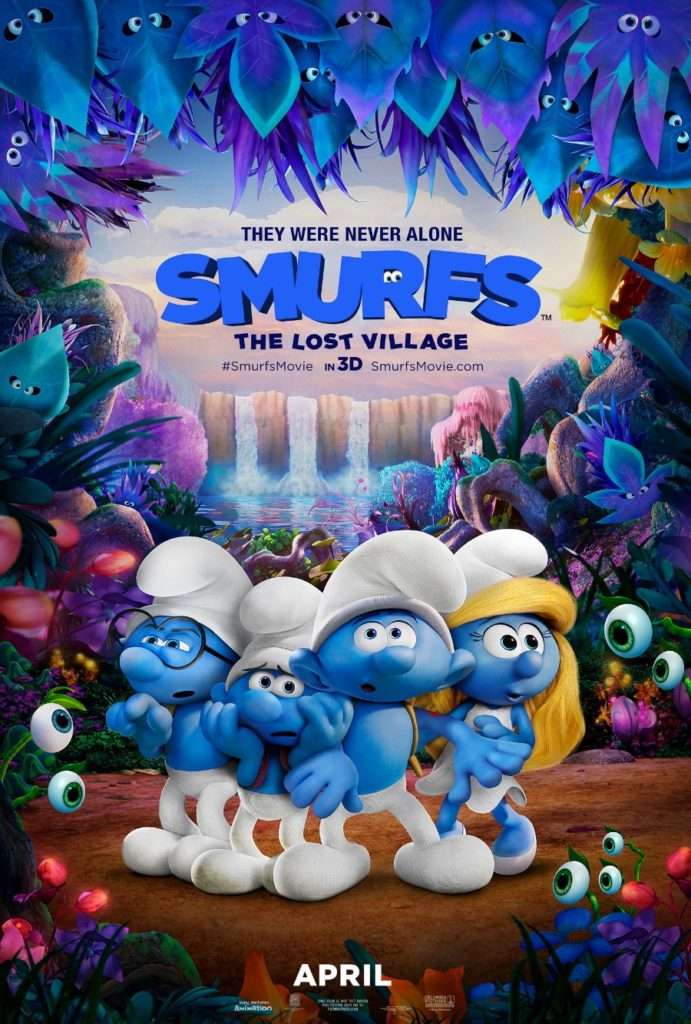 In this fully animated, all-new take on the Smurfs, a mysterious map sets Smurfette and her best friends Brainy, Clumsy and Hefty on an exciting and thrilling race through the Forbidden Forest filled with magical creatures to find a mysterious lost village before the evil wizard Gargamel does. Embarking on a rollercoaster journey full of action and danger, the Smurfs are on a course that leads to the discovery of the biggest secret in Smurf history!

In celebration of this new movie, I have been tasked with coming up with either a recipe or a craft to go along with this movie. Well, I’ve been sick for the past 10 days, but I was thinking….we moms have to do a ton of stuff when we are sick, don’t we? And the best laid plans don’t always work out. Yeah, this was one of those times. It is going to have to be added to the Pinterest fails list, but even though this didn’t turn out as planned, it sure tastes good.

I used a white cake mix and vanilla frosting with food coloring. Then I cut little marshmallows in half for the spots on the roof. I wanted white candies, but since I’m sick, I didn’t want to go shopping. I made 12 cupcakes and one round cake pan. And since it was a hot mess anyway, I added the bugs and creatures for fun (AKA covering up major flaws). It is 100% okay to not be perfect, moms! If you let your kids help, it’s gonna end up wacky and crooked, but who cares? The kids will have a blast making it. 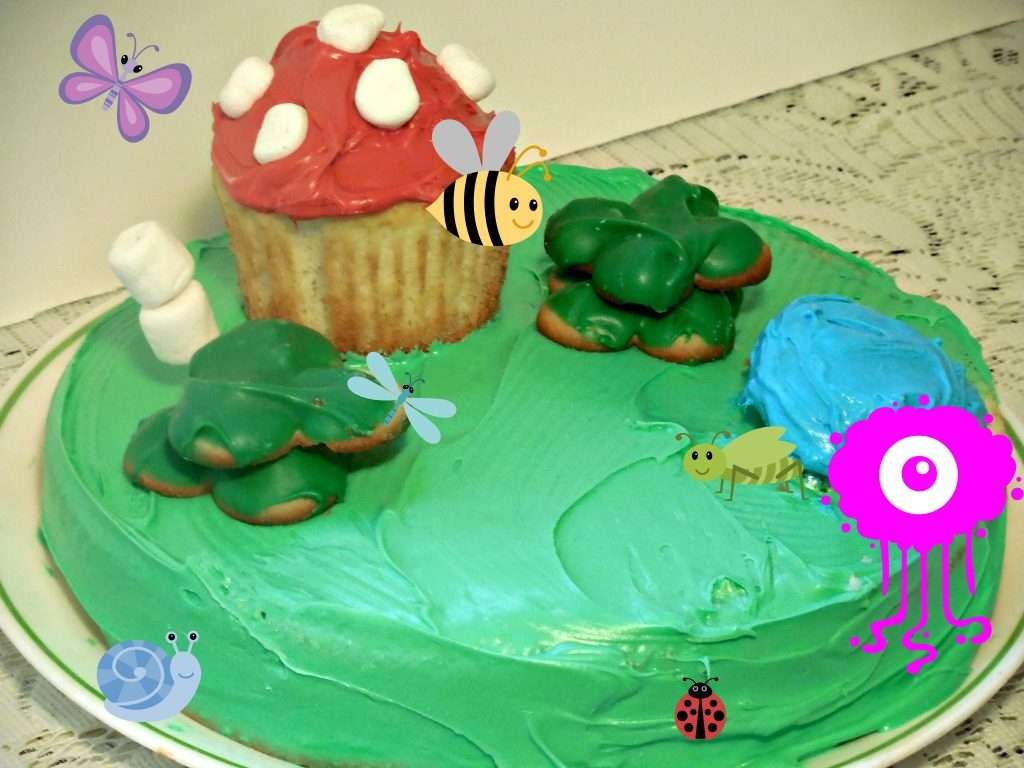 Thanks for sharing!
« 6 Ways to Cope with Depression
A Question of Devotion by Anita Kulina | Cozy Mystery Book Review »