You are here: Home / Entertainment / Movies / Disney Movie / Make these Baymax Cookies for Big Hero 6 The Series #BigHero6
Thanks for sharing! 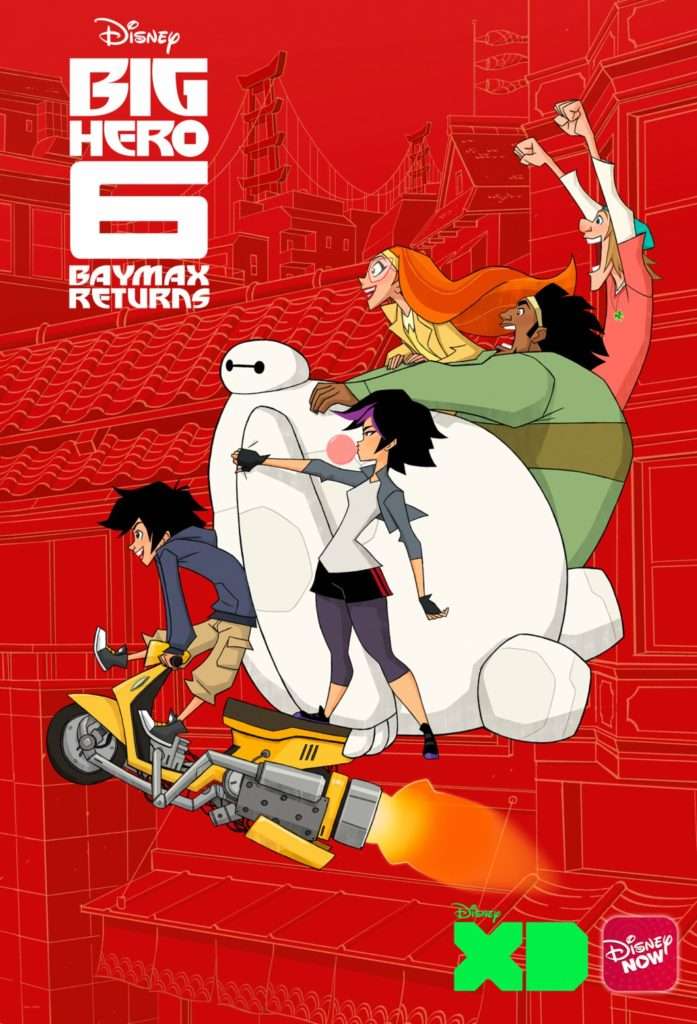 If you’ve seen the movie BIG HERO 6, then you know what a heartwarming and amazing movie it is. It’s not just for kids; it’s for the grown-ups too! If you haven’t seen it, I suggest you watch it. You’ll love it.

November 20 at 8pm EST, Big Hero 6 The Series is kicked off by a primetime TV movie, BAYMAX RETURNS. Since I’m a member of the Disney family, I was able to pre-screen BAYMAX RETURNS.

Set in the fictional city of San Fransokyo, BAYMAX RETURNS explores the moment in Walt Disney Animation Studios’ Academy Award®-winning feature film after Hiro believes that his compassionate, cutting-edge robot Baymax is lost in the portal forever and discovers the chip his brother Tadashi designed to create Baymax.

14-year-old tech genius Hiro begins school as the new prodigy at San Fransokyo Institute of Technology and sets off to rebuild Baymax, but his overconfidence and penchant for taking shortcuts leads him and the newly minted Big Hero 6 team – Wasabi, Honey Lemon, Go Go and Fred – into trouble. 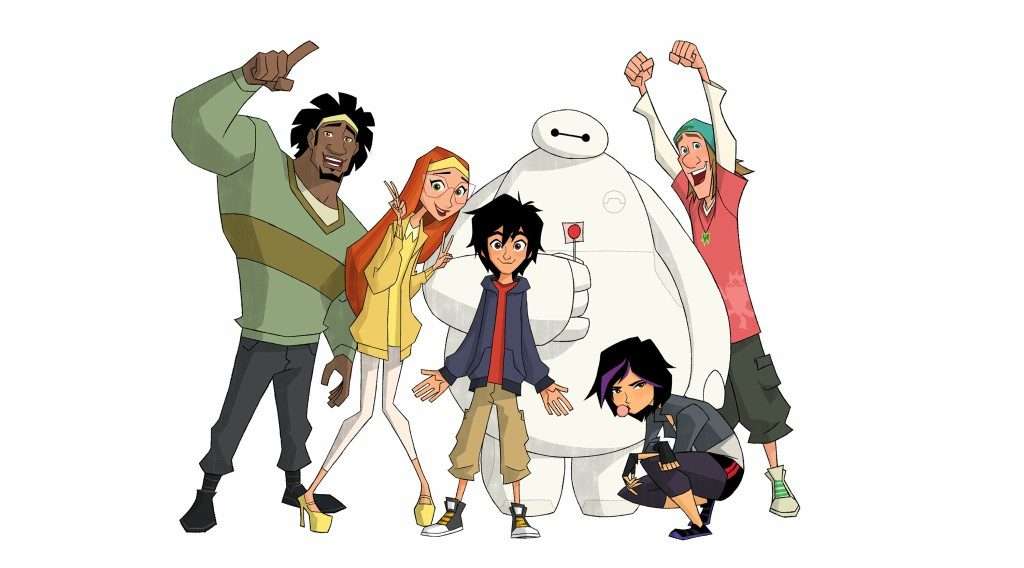 Those of us who laughed and cried over BIG HERO 6, can rejoice! The Big Hero 6 characters are back as Hiro takes his place at San Fransokyo Institute of Technology as a student. Being at the institute is emotional for Hiro. Seeing Tadashi’s lab without Tadashi there is really difficult, but Hiro discovers something that will change everything. I’m sure you can tell from the name of this premiere movie that that something he discovers is Baymax’s “personality” card. So, of course, he wants to rebuild Baymax.

In the meantime, Fred wants to rebuild the “superhero” team. Wasabi, Honey Lemon and Go Go aren’t convinced. They are ready to just get back to what they do best…inventing! Fred thinks they’ve got to rid the city of all the bad guys, but they tell him the bad guys are gone. But are they? You’ll find out in BAYMAX RETURNS.

What I loved most was the fact that Hiro realizes that he needs to find his place. He’s not Tadashi, and he has to make his own way at school. He learns that rushing things isn’t the way to succeed. And he learns that friends and family are the most important things in life. Be sure to tune in on November 20th!

Celebrate the Return of Baymax with these cookies and marshmallows 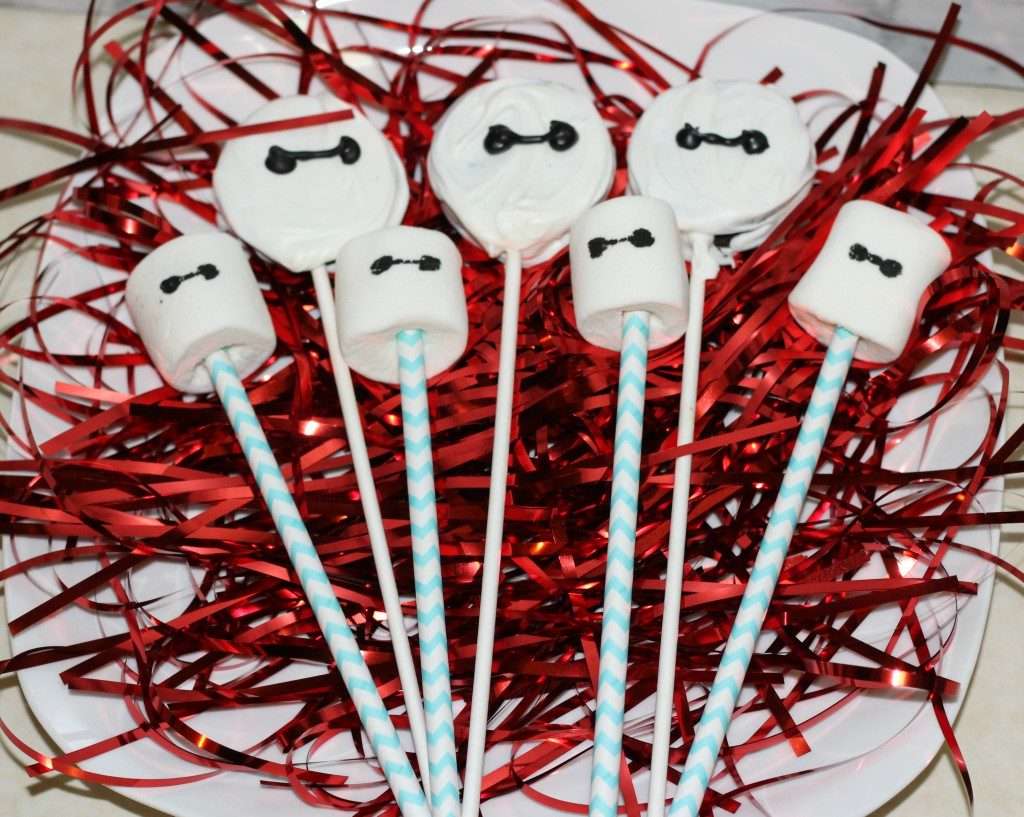 No, I’m not the most artsy person in the world, but the kids don’t care! As long as it tastes good, they’ll eat them. These are totally easy too. For the marshmallows, I stuck a paper straw in them and used a candy marker (which I do NOT recommend because they don’t work like they say they work…use what I used for the cookies…I’ll tell you in a minute) to draw Baymax’s face.

For the cookie pops, you just need Double Stuffed Oreos or an Oreo-like cookie, white chocolate melts and cake pop sticks. For the eyes, you want to use some sort of icing writer, NOT the edible markers that say they write on candy. They don’t!

Melt the white chocolate according to the bag’s directions. While you’re doing that, you can put the cake pop sticks into the cookies centers. Dip the cookies into the melted white chocolate and put them on wax paper to set. When they’re set, use your icing writer to make Baymax’s face. Let that set and then enjoy! Easy peasy!

Thanks for sharing!
« Traveling During the Holidays With Your Pets
Posh Trends in the Fancy Dog World »