You are here: Home / Entertainment / Watch Captain America: The Winter Soldier to Prepare for Infinity War #InfinityWar
Thanks for sharing!

This week marks the halfway point in our Marvel Movies to Watch before INFINITY WAR posts! CAPTAIN AMERICA: THE WINTER SOLDIER is the ninth movie in the Marvel Cinematic Universe and the third in Phase 2. As you know by now, I’m not really reviewing these movies, but trying to give you a refresher course and finding things that will tie into INFINITY WAR in these 18 movies! 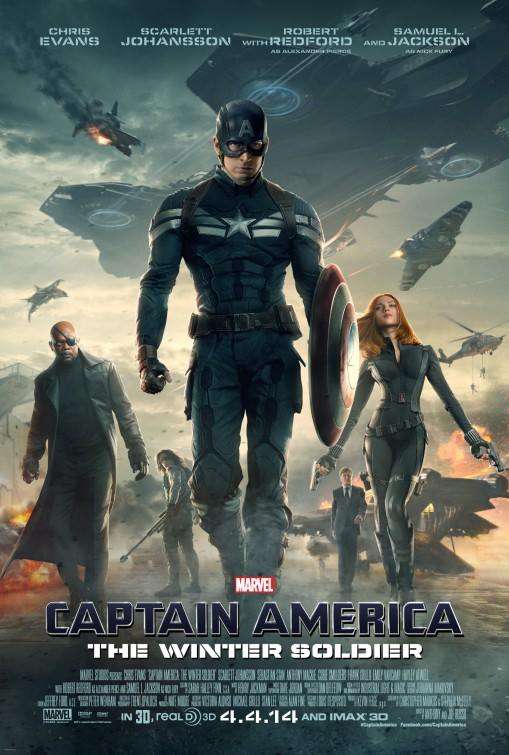 CAPTAIN AMERICA: THE WINTER SOLDIER is such an awesome movie! If you haven’t seen it, go watch it, then come back.

Okay? Okay. So Bucky Barnes is back in THE WINTER SOLDIER. He IS the Winter Soldier, but we’re not given much information about him or what’s up with the name Winter Soldier. In this movie, S.H.I.E.L.D. has been infiltrated by HYDRA, and they’re using Bucky for evil purposes. How dare they! Natasha Romanoff and a new hero, Sam Wilson AKA Falcon join Cap to take down the HYDRA agents and take back S.H.I.E.L.D.

If you’re a Marvel lover, you’ve heard the theories about INFINITY WAR. If (sadly, probably when) Cap dies, Bucky will become the new Captain America. So, you know that from THE WINTER SOLDIER to INFINITY WAR, Bucky has a major transformation. And I’m assuming you’ve seen CIVIL WAR and (SPOILER ALERT) BLACK PANTHER, so you know that indeed, Bucky does. And you know that Bucky is in Wakanda (we see him in the INFINITY WAR trailer, after all). 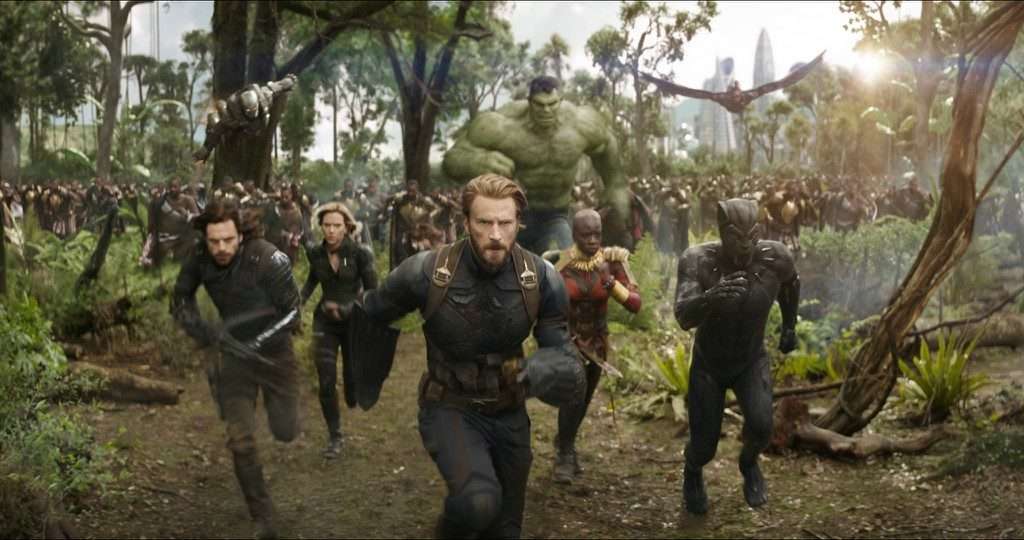 I love this photo from INFINITY WAR by the way. Look at Steve in CAPTAIN AMERICA: THE FIRST AVENGER and look at him here. So much has happened in so short a time, and it’s taken a toll on him. Yet he is still fierce and fighting for justice.

Another way CAPTAIN AMERICA: THE WINTER SOLDIER ties into INFINITY WAR is that the Mind Stone is shown during the mid-credit scene. The scepter, which holds the Mind Stone, is in HYDRA’s Research Base in Sokovia during this movie. And, we know Thanos will eventually get the Mind Stone because we’ve seen it being taken from Vision’s head in the INFINITY WAR trailer too.

Watch the trailer again, and look for Bucky and the Mind Stone!