You are here: Home / Entertainment / Hidden and Not So Hidden Gems in Ralph Breaks the Internet Trailer #RalphBreaksTheInternet
Thanks for sharing!

It’s been almost a year since I shared the D23 photo of the “gathering of the Disney Princesses” with you. If you can’t remember it, go back and look at it again. It was so cute! The people that were at D23 were fortunate enough to see this trailer way back then. Now we can too, and it is the best!

This. Is. Awesome! I could not stop cracking up when I watched the brand new trailer for RALPH BREAKS THE INTERNET: WRECK-IT-RALPH 2. If you haven’t seen it yet, watch it now. If you have seen it, you know you want to watch it again! It goes by too quickly to catch everything, so here are the hidden and not so hidden gems you can look for when you watch.

It’s hilarious, right? It goes by too quickly to catch everything, so you’ve got to watch it several times! I am sure I missed stuff too. Did you catch hidden gems I missed?

Not hidden but hilarious:

RALPH BREAKS THE INTERNET: WRECK-IT RALPH 2 leaves Litwak’s video arcade behind, venturing into the uncharted, expansive and thrilling world of the internet—which may or may not survive Ralph’s wrecking. Video game bad guy Ralph (voice of John C. Reilly) and fellow misfit Vanellope von Schweetz (voice of Sarah Silverman) must risk it all by traveling to the world wide web in search of a replacement part to save Vanellope’s video game, Sugar Rush.

In way over their heads, Ralph and Vanellope rely on the citizens of the internet—the netizens—to help navigate their way, including a website entrepreneur named Yesss (voice of Taraji P. Henson), who is the head algorithm and the heart and soul of trend-making site “BuzzzTube.” 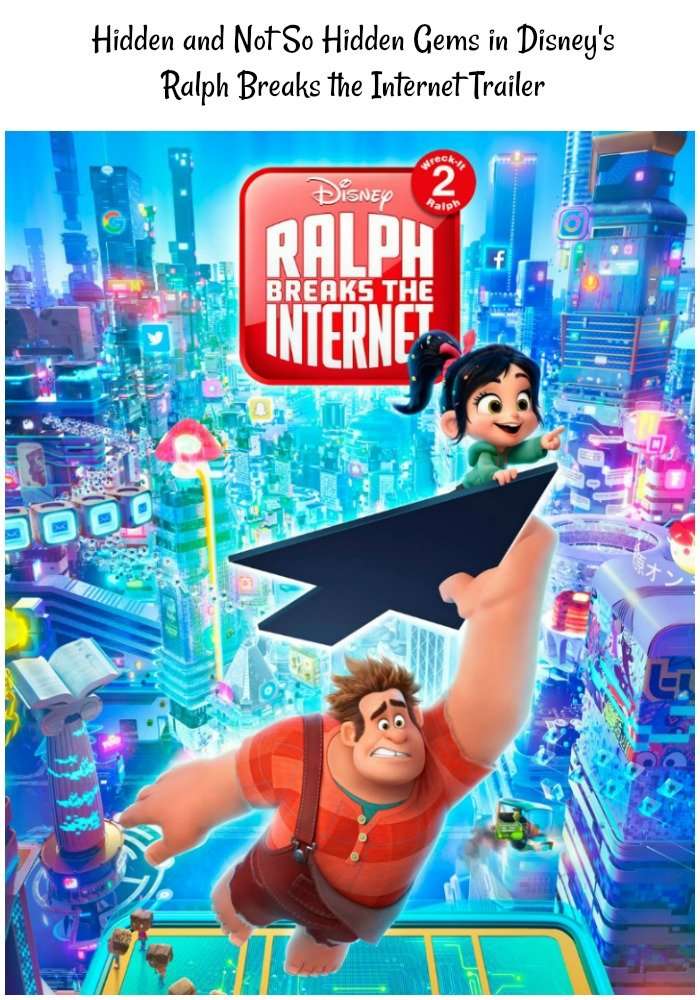