You are here: Home / Entertainment / Dora and The Lost City of Gold Swings Into Theaters August 9, 2019
Thanks for sharing!

Raise your hand if you have ever watched Dora the Explorer. You may have been 5 like my daughter was, 2 like my son was, or 30 like I was! We watched Dora the Explorer from the beginning. Oh, my daughter Molly was not happy with Dora at all at first! You see, Dora took the time spot that Blues Clues was in! Oh, Nickelodeon. You should have known better than to bump Blues Clues to a different time. Well, after a little bit of time passed, and we got used to the new schedule, we eventually came around to accepting Dora. Fast forward 19 years, and I am all in for DORA AND THE LOST CITY OF GOLD. What about the rest of you? Grab your backpacks, let’s go! 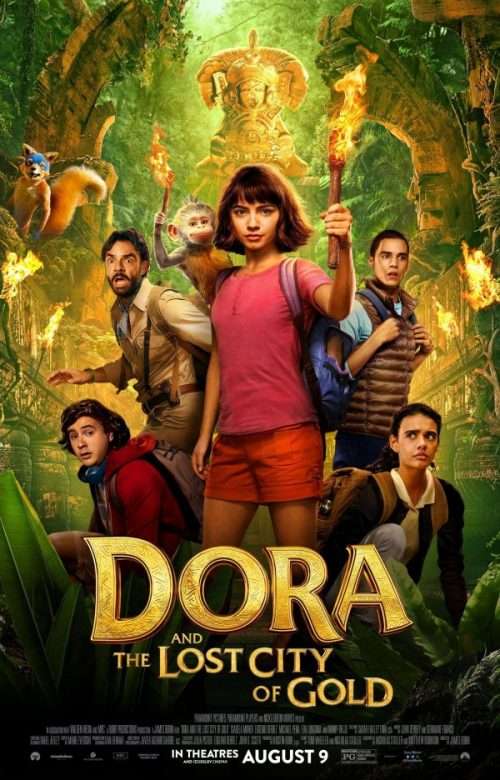 Dora and The Lost City of Gold

Yeah, we know Dora’s story. But do you know…the rest of the story?

Having spent most of her life exploring the jungle with her parents, nothing could prepare Dora (Isabela Moner) for her most dangerous adventure ever – High School. Always the explorer, Dora quickly finds herself leading Boots (her best friend, a monkey), Diego (Jeff Wahlberg), a mysterious jungle inhabitant (Eugenio Derbez), and a rag tag group of teens on a live-action adventure to save her parents (Eva Longoria, Michael Peña) and solve the impossible mystery behind a lost city of gold. 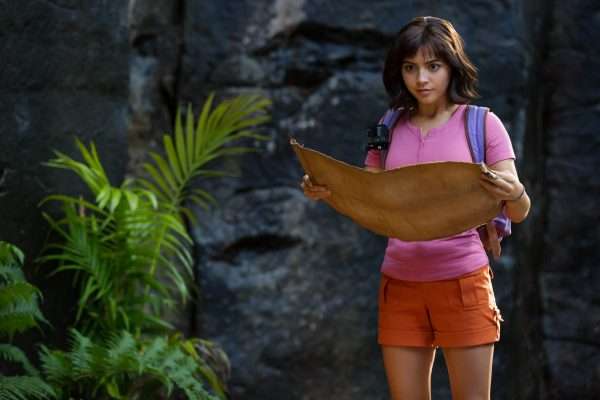 Isabela Moner stars as “Dora” in Paramount Pictures’ “Dora and the Lost City of Gold.”

Can you say delicioso? That. Cracks. Me. Up.

Fun fact: Isabela Moner is from Cleveland, Ohio! Go Tribe! Yeah, I’m from NE Ohio too. We bond over sports.

Follow DORA AND THE LOST CITY OF GOLD on social media

Thanks for sharing!
« What Happened That Night Book Review
Adventurous Date Ideas »