You are here: Home / Entertainment / Best Quotes and Scenes from Captain Marvel
Thanks for sharing!

I don’t even know where to begin! I’ve seen CAPTAIN MARVEL twice now, and I’m ready to go again! If you’ve been to see it, I’m sure you can relate. The opening day crowd in our theater were definitely true Marvel fans. Fair warning…you’ve had about a week to watch this, so spoilers are ahead! Here are some of the best quotes and scenes from CAPTAIN MARVEL. 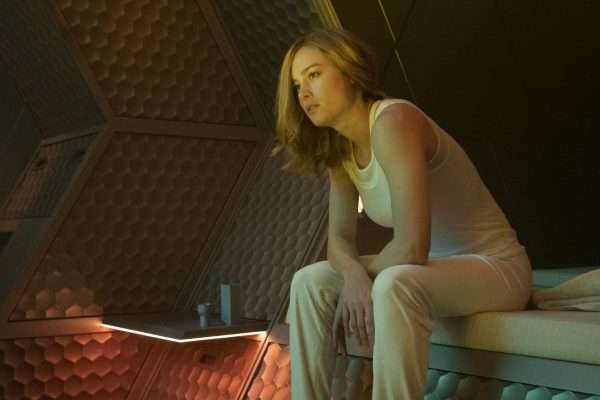 CAPTAIN MARVEL has tons of great scenes, profound quotes, funny quotes, and you’ll only get it if you’re a Marvel fan quotes. One of the best scenes comes even before the movie begins. Roll Marvel title sequence…and all of the photos are Stan Lee’s cameos. And the words “Thank you, Stan Lee” pop up on the screen…and the crowd goes wild. I mean I’ll bet if one person had stood, everyone would have. We all clapped and cheered. I got all teary eyed. It’s such an emotional thing to be with a bunch of people who feel like you do about Marvel. Where would we be without Stan?

Here are some of what I think are the best quotes and scenes in CAPTAIN MARVEL.

There are multiple scenes with references to ’90s pop culture, and if you aren’t too young to remember the ’90s, you will love them.

Who else shouted Blockbuster!! when they saw the above trailer with Carol landing in the Blockbuster Video store?

Good old Radio Shack where I had to go multiple times to get random cables and odd batteries and other weird stuff that you only needed in the ’90s. After Carol stumbles out of Blockbuster, she asks the security guard where she can find communications equipment.

On the wall behind Carol, when she’s just been “caught” by Fury, you can see Smashing Pumpkins Mellon Collie posters, Rock the Vote, and The Foo Fighters.

In addition to the band posters, you can also see Carol wearing a Nine Inch Nails shirt, a GNR shirt, and a Heart shirt. The entire soundtrack is awesome ’90s music (all female bands or artists). 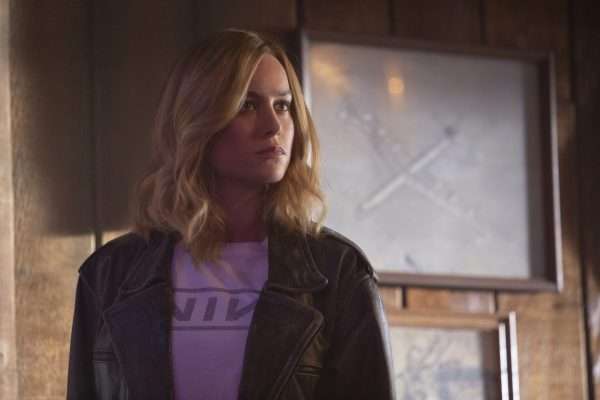 Oh, the good old ’90s technology. Carol uses a computer at an internet cafe and the search engine is Alta Vista…never used it, but it was a thing. Pagers…you knew that one was coming right? I mean, Fury does page Carol at the end of INFINITY WAR. An AOL password is mentioned. The phone booth…are those even a thing anymore?…where Carol is cut off by a recording telling her to put in her number if she wants to continue the long distance call.

Play This or That: ’90s Edition

This feels like a tease since I loved it all, but besides all of the ’90s stuff, here are a few more things I loved. 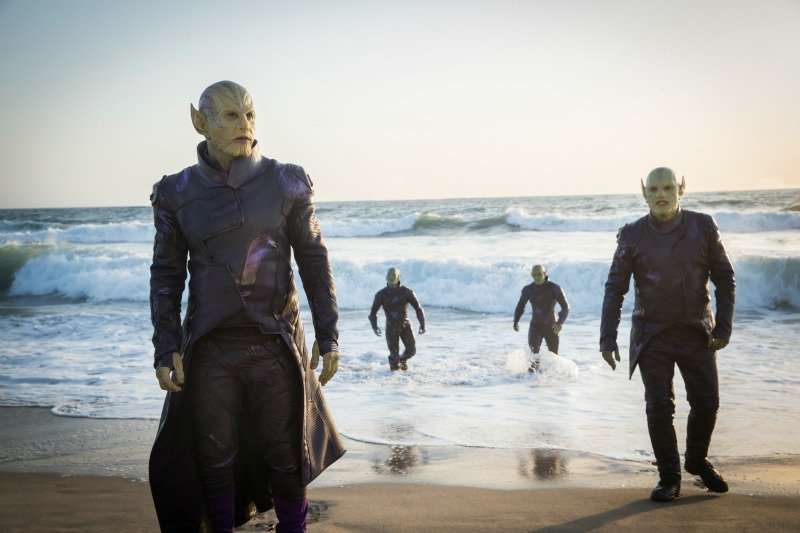 Carol: (When Fury tosses her the hat) What is this?
Fury: It’s a S.H.I.E.L.D. logo.
Carol: Does announcing your identity with branded clothing, help with the covert part of the job?
Fury: …said the space soldier who’s wearing a rubber suit.

Maria: You call me ‘young lady’ again, I’ll shove my foot up somewhere it’s not supposed to be.
Talos: Am I supposed to guess where that is?

Carol: I’m kind of done with you telling me what I can’t do.

Fury: Coulson. New guy. Guess he doesn’t hate me yet.

Fury: Grunge is a good look for you.

Also Fury: (make up your mind, will you?) Lose the flannel.

Carol: I have nothing to prove to you.

And the ones that I already mentioned in my favorite scenes too. I could go on and on about how much I loved CAPTAIN MARVEL, but I want to know what YOU thought. What go you think were the best quotes and scenes from CAPTAIN MARVEL? Are you ready to see it again? Okay, let’s go. 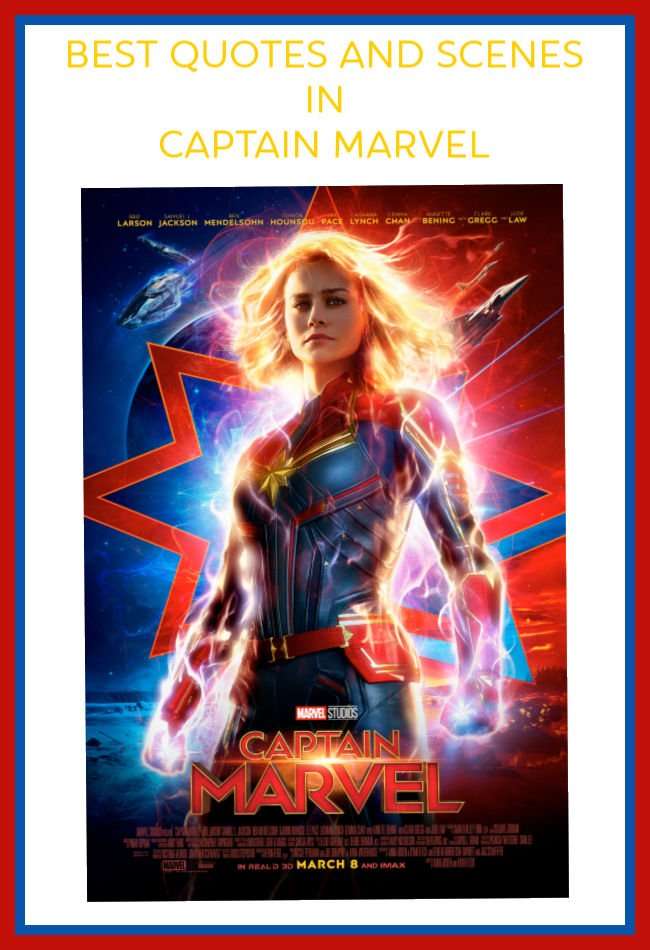 Thanks for sharing!
« Most Allergies Start At Home
Avengers: Endgame Trailer 2 Breakdown »